This report covers my activities from 1 February – 28 February 2013.

February has been an absolutely action packed month as the year gets well underway reflecting the many activities of the Board and significant progress on a number of projects I am championing including Greenways and the development of a Ponsonby Road master plan. 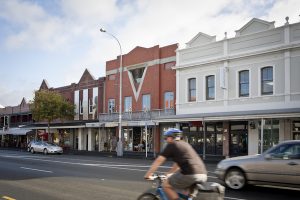 At our Board meeting in October 2012 the Board approved the establishment of a Ponsonby Road working group with representatives of the local community, the business association and local board members and supported by Auckland Council and Auckland Transport tasked with developing a a draft master plan for endorsement of the Waitemata local Board prior to public consultation.

A meeting was held on 18 February to establish the working group followed by a site visit and walkover of Ponsonby Road with the group on 25 February. My opening remarks to the first meeting of the working group are attached (ATTACHMENT A).

I am now seeking the Board’s endorsement of the working group membership,  the planning process and budget approval as outlined in the Ponsonby Road Master Plan – Project Establishment memo from Yvonne Masefield, Planner, Central & Islands Planning dated 1 March 2013 (ATTACHMENT B). This process anticipates the working group producing a draft master plan to be endorsed by the Board for public consultation. 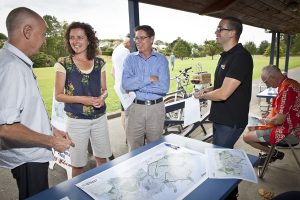 The Board held a successful Greenways event  on 20 February at the  Richmond Rovers Clubrooms in Grey Lynn Park with a large number turning up to provide feedback on the proposed Greenway routes.

We also sought feedback from those passing by as the club sits on a popular active transport and leisure walking & cycling route. The Grey Lynn Park – Coxes Bay connection is one of our proposed priority greenways. 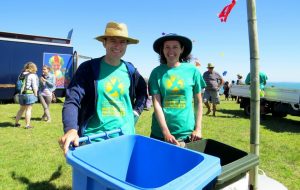 I attended the Waitangi Day festival at Bastion Point organised by Ngati Whatua o Orakei as a waste volunteer with Christopher Dempsey. We wanted to learn about the best practice of running a genuine zero waste event. We were both really impressed with the wonderful family atmosphere and the support from stall holders and visitors. The organisers were aiming to not just remove waste from landfill but to reuse everything.

Some of the learnings I took away from the event:

I would like to see all events in our area that are funded by the Board to be zero waste.

I attended the three Board public briefings on the Council’s annual plan and the Board’s annual agreement which outlines our projects and budget for 13/14.

The meetings attracted low numbers which I think can partly be attributed to a general feeling that the Board is on the right track and we are following through with the commitments we consulted on last year as part of Long Term Plan process and partly because the process was very poorly advertised.

The Annual plan brochure was meant to have been delivered to every mailbox. From my informal surveys I would estimate that it reached about 50% of households and very few in the city centre. I think the Council’s distribution processes need to be urgently reviewed and the value of hard copy communications critically evaluated.

Planning has continued with AECOM on the Good for business parking seminar (now in two parts) with invitations due to go out to business associations and their members in early March.

Getting parking right for Auckland – A good for business approach to parking regulation, planning and design

Plus speakers from Auckland Transport on current policies that are supporting communities and Auckland Council on   proposals for parking requirements in the Unitary Plan.

Full details of current proposals and issues are outlined in Auckland Transport’s monthly report attached to the Board agenda.

The following is the current update from Auckland Transport regarding the parking issues in Freemans Bay:

Auckland Transport and Waitemata Local Board have received numerous complaints in regard to parking issues in Freemans Bay. This has increased since the 2 hour parking zone trial in St Mary’s Bay was implemented in July 2012.  Most of the complaints relate to a lack of on-street parking for residents with local business workers and commuters seen as taking up the spaces for most of the day.

Auckland Transport wished to monitor the first 6 months of the St Marys Bay trial before looking at alternative parking options for Freemans Bay; this has enabled it to more fully understand the effect of the St Marys Bay zone on not only that suburb but also the surrounding suburbs such as Freemans Bay.  Before Auckland Transport can develop a robust proposal to consult with the community there are some necessary steps to complete. These include an inventory of existing parking restrictions and a survey to help Auckland Transport to better understand parking behaviour taking place and to assess why current restrictions are not being effective.  The road reserve is a public asset and Auckland Transport has to balance the many legitimate and often conflicting needs of users.  This involves considerable data collection and consultation across a wide spectrum of customers in order to formulate a balanced proposal.  Once this initial work has been completed, the results can be analysed and some options developed for discussion with the local board and stakeholders.

Depending on how the investigation develops, it is anticipated that options may be ready for public consultation by mid—year 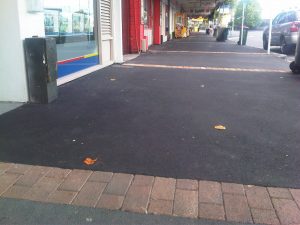 The Grey Lynn foot paths and new pram ramps (at the intersection of Great North Road and Williamson Ave) have now been completed with minimal disruption and no complaints that I am aware of. This project was a successful collaboration between Auckland Transport, ARMA (the contractor) the GLBA and the Board.

The only outstanding renewal is with regards to the painting of the street furniture. I am following this up with Auckland Transport

I attended the New tools for Local Government seminar with David Engwicht who is considered one of the world’s most innovative thinkers on place making, citizen management and creative problem solving. He is the inventor of the Walking School Bus, a world-wide phenomenon.

The free seminar covered four unspoken assumptions that are ‘putting lead boots on local government’ as well as strategies to:

I attended the following events and functions during February

b)     That the Waitemata Local Board endorses the Ponsonby Road working group membership and the planning process as outlined in the Ponsonby Road Master Plan – Project Establishment memo from Yvonne Masefield, Planner, Central & Islands Planning dated 1 March 2013 (ATTACHMENT B).

c)     That the Waitemata Local Board approves the allocation of $50,000 of the 12/13 budget for this project ($75,000) for delivering urban design/ public realm services as part of developing the draft master plan by the working group.