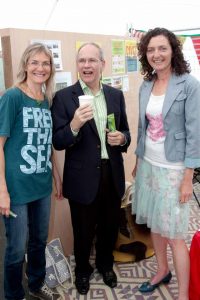 2012 in Review
This is my last report for 2012. Looking back over the year I think it has been characterised by the significant progress we have made as a Board on our projects and initiatives following an inaugural year of planning and figuring out how the new Super City structure fits together. It has also become noticeable this year that the role of the Board is far better understood by the community. I think we have become the go to people on a huge range of local issues.

Inevitably there have been challenges and frustrations but personally I have found 2012 to be hugely enjoyable and rewarding. I have particularly welcomed all the opportunities to learn from international experts, to meet the people we represent and to fully take part in civic life.   I feel very privileged to represent such a dynamic, interesting and diverse area at the centre of Auckland.

I very much appreciate the skills and passion that officers bring to their role that has enabled local board projects to be advanced and implemented quickly.  We still have lots to do but I think we are fortunate to have a great board team with excellent leadership that will ensure 2013 is a good one.

Board activities for the period 1 November – 1 December 2012
Transport 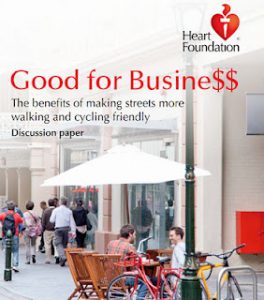 In February this year I asked Auckland Transport to consider bringing international expert Rodney Tolley to Auckland to be the key note speaker at a seminar aimed at our business associations and their members. I would like to thank Auckland Transport for making it happen and their work in organising the “Good for Business” seminar in partnership with the Board that was held on 28 November at the offices of AECOM.
Dr Tolley spoke about the economic benefits of investing in walkability to an audience of over 60 including representatives of business associations from across Auckland
My presentation that concluded the seminar is attached (Attachment A).

Community Funding
I represented the Board a the Central Joint Funding Committee meeting on 9 November that decided the allocation of grants from the Accommodation Support Fund, Cultural Heritage Fund and Community Group Assistance Fund (round one). These funds are legacy Council funds that following a recent decision by the Regional Development and Operations Committee are going to be rolled over for a further year (2013/14).
The minutes of this meeting are available online.

Local Government
LGNZ Zone 1 meeting
I attended the Local Government New Zealand Zone 1 meeting in Whangerei on 16 November (at no cost to the Board).
The presentations covered:
–       Alcohol Reform Bill – Charlotte Connell Senior Advisor Ministry of Justice – update on the Bill and what the changes to the supply and sale alcohol regime is likely to mean for TA’s
–       Mayor’s taskforce for jobs, Jan Francis
–       Strategic Plan introduced by Malcolm Alexander, CEO LGNZ
–       TRAFINZ update from Karen Hay
I found Malcolm’s presentation to be particularly interesting because of the energy, leadership and skills he is bringing to local government. The new strategic work plan has specific actions to bring about a brand shift to LG with LGNZ’s aim to be the Strong voice for great local government.
Malcolm intends presenting the LGNZ strategic plan to local board members next year.

Local Government Act 2002 Amendment Bill
I was extremely disappointed that the Government passed the Local Government Act 2002 Amendment Bill on 28 November with the slimmest majority, with no mandate and no evidence what so ever that Councils are operating ineffectively and uneconomically because of the “four well-beings”
I agree with LGNZ’s President, Lawrence Yule assessment that in its drive to have councils move their focus away from the four well-beings, the Government has instead injected uncertainty into the law by increasing the scope for council decisions to be judicially reviewed.As Lawrence said on the day the Bill was passed “The lesson from this legislation is that processes that are not based on facts, principle and constructive dialogue between central and local government do not serve the public well.”

Building a Better Newmarket Seminar
I attended this one day seminar for members of the Newmarket Business Association and was invited to sit on the panel that concluded the day.
At the seminar Westfield New Zealand Director, Justin Lynch outlined plans for a proposed new retail development on the Dominion Motors/Levene Extreme/Farmers site which borders Mortimer Pass and Broadway. In addition to a proposed flagship 9,500 sqm Department store, 95 new specialty stores are planned, along with a six-screen cinema, gymnasium and 1,400 car additional parking spaces. Westfield is waiting for the right market conditions to commence the multi-million dollar complex.

NZTA Senior Urban Design Advisor, Jacque Bell presented on the draft master plan for the area under the Newmarket viaduct which provides for a mix of commercial and office space, active retail frontages, car parking buildings and multi-functional open space. Consultation is currently underway on the plans.

Community empowerment and the strengthening of democracy
During November local board members had the opportunity to attend presentations by two international speakers on the related areas of participatory budgeting and building community capacity.

Giovanni Allegretti, an architect, planner and senior researcher at the Centre for Social Studies at Coimbra University (Portugal) spoke about the benefits of entrusting citizens to decide how to allocate Council budgets in his presentation on participatory budgeting.

The following week Jim Diers, who is internationally recognised for his work with communities, gave his presentation on the Power of Community and how to get people to cherish their government and strengthen citizen participation. He also gave examples of neighbourhood planning process and the value of community driven planning. 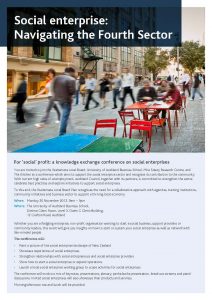 The Social Enterprise conference was organised by the CDAC team with the support by the Waitematā Local Board, University of Auckland Business School, Mira Szászy Research Centre, and The Kitchen with the aim of supporting the sector, celebrating best practices and exploring initiatives to support social enterprises.

The conference included Pecha Kucha style presentations from a number of social enterprises based in the Waitemata Local Board area.

The CDAC team are to be congratulated on successfully organising the conference.

My welcome on behalf of the Board is attached (Attachment B)