Residential parking issues created from commuters parking all day in Auckland’s central suburbs are going to be dealt with through a newly established Working group involving the Board convened by Auckland Transport. The Transport Portfolio strongly supports the work Auckland Transport is doing as part of the Central Flagship project to improve central and CBD bus services (consultation on the proposed services started on 28 March). Relevant to the transport portfolio, I attended during March the Transport Committee meeting in support of Cycle Action’s presentation on Cycling for a Super City, a lecture on Fixing Auckland’s transport – lessons from the EU with guest speaker Michael Cramer and Auckland Transport’s Regional Walking and Cycling forum.

The Community Portfolio, with the strong support of staff, had a busy month preparing for our community engagement on our local board plan starting with the launch of the process at a lunchtime event on 24 March attended by approximately 50 community leaders.

On behalf of Frocks on Bikes I was one of the organisers of Try My Bike hosted by Auckland Transport at the Lake House on 2 March encouraging women to cycle. I organised the West Lynn Street Party and Twilight market for the Grey Lynn Business Association and Grey Lynn 2030 in support of Neighbours Day Aotearoa 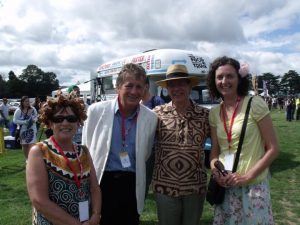 I joined the official party for the Citizenship ceremony on 21 March for over 400 new citizens at the Auckland Town Hall. I attended the launch of Pasifika Festival by the Mayor on Sunday 6 March, the Pasifika community concert on 10 March and accompanied the Mayor, Local Board members and Councillors around the stages of the Pasifika Festival at Western Springs. I also attended the Memorial Service for Christchurch organised by Auckland Council at the Auckland Museum, the Walk to Work Day on 16 March organised by Walk Auckland and Auckland Transport and the Grey Lynn Business Association March networking evening.

Communications have been focused on our community engagement process 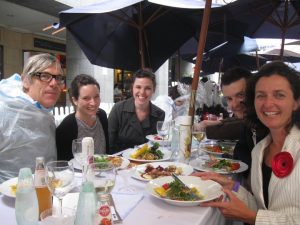 I also attended the SBN Sustainability is mainstream conference