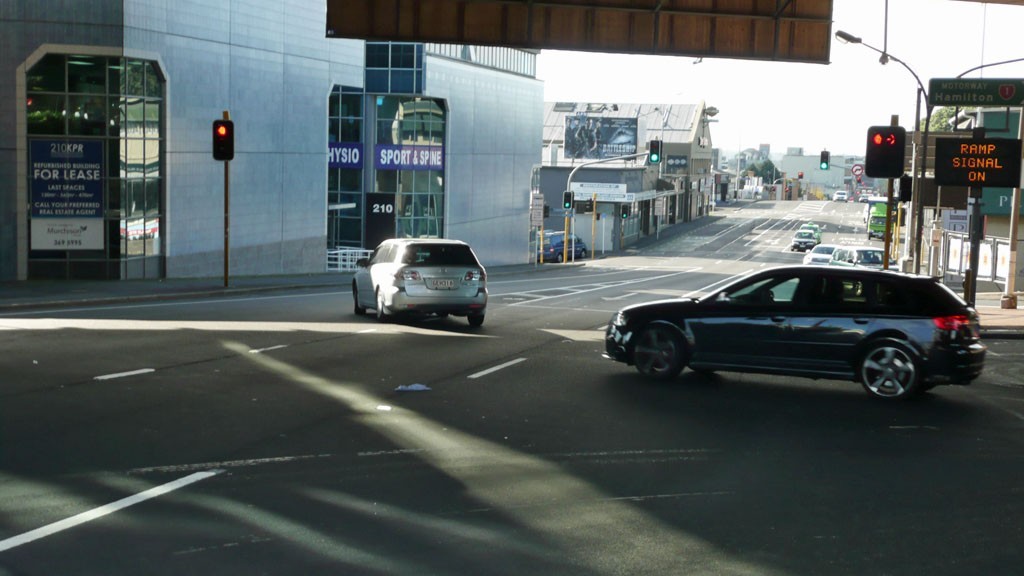 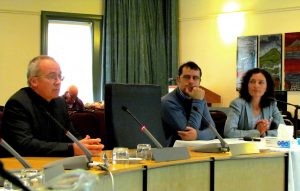 Here is our presentation to the Transport Committee

I would like to take this opportunity to speak to item 11 on your agenda. The Waitemata Local Board has referred to you an item regarding the Regional Cycle Network – now named the Auckland Cycle Network (ACN).

We would like to share with you some good news to come out of the RLTP but to highlight the extremely low base we are starting from with regards to the infrastructure that currently exists of the ACN particularly in the Waitemata Local Board area – and the lack of budget to do anything about it.

Highlights – as you are no doubt aware there was extremely strong support for investment in walking and cycling through the RLTP and LTP submission process. Aucklanders want a choice to be able to leave the car at home for short transport trips.

We know that 60% would like to cycle if they felt safe. The good news is that funding has been brought forward in the RLTP to almost double the capex budget available to improve and construct the ACN.  Before we get too excited we have to remember this is still only 1% of the transport budget. A budget that is not keeping up with cycling numbers that recorded a 15% increase to April.

There are also exciting projects happening on motorway land using NZTA funds. I’m sure you are aware of the Grafton Gully cycleway project that will connect the NW cycleway with Tamaki Drive. Work starts this year.

What we would like to focus on is the RCN. Since our resolution renamed the ACN but essentially the same planning tool showing cycle routes that connect schools, tertiary facilities, community infrastructure and links employment and growth areas.

The ACN map is what we have to show the extent of Auckland’s cycling network that forms Auckland’s overall strategic transport infrastructure.

There are various “official” targets for completing the ACN

What is important is the claim by AT that 28% is currently complete. This was repeated to the transport committee and the AT Board in April.

Looking at the ACN in the Auckland Plan (map 13.3) the red lines are meant to indicate what is “complete or existing”. You can see in the Waitemata area we have “complete” on only a few roads 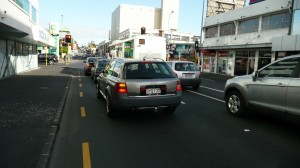 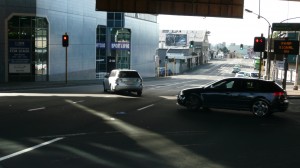 I’d like to show you just two of these roads. The Khyber Pass photos were taken by Member Dempsey. This “complete” route takes you through a motorway junction.

On Great North Road we have 4 metre wide shared bus lanes for just 2 hours per day. At the intersection of Ponsonby Road riders mount the footpath to be in a safe zone.

So in our Local Board agreement we have included this advocacy project: Auckland Transport to prioritise for upgrade in the 12/13 financial year all routes currently identified as “complete” on the RCN within the Waitemata Local Board area that are found not to be a safe standard following the review currently underway

We know the review has now been completed. AT knows that the RCN/ACN is by no means “complete“or “existing”. Unfortunately there is very little budget available for remedial work.

We bring this to your attention because this is a regional issue. You need to be aware of the ACN. The fact it is in the Auckland Plan and that it provides a key planning tool for cycleway investment. The routes we have highlighted are regional as Waitemata plays hosts to the region with large numbers arriving into the area each day by different modes of transport.

Unfortunately we are starting from a very low funding base and very little infrastructure – by no means 28% of a network.

“The presence of off-road bike paths and on-street bike lanes are, by far, the biggest determinant of cycling rates in cities. And that’s true even after you control for a variety of other factors like how hot or cold a city is, how much rain falls, how dense the city is, how high gas prices are, the type of people that live there, or how safe it is to cycle” (study in the journal Transport Policy, Ralph Buehler and John Pucher )

It is often heard in Auckland that the weather is too bad and the roads too hilly to cycle. I’d like to put this myth to bed once and for all so you don’t have to debate the reasons for low cycling numbers – which I’ve heard around this table.

We therefore look to the Governing body to give AT clear direction to urgently bring the ACN up to a genuine 28% complete standard by supporting our local board agreement project.