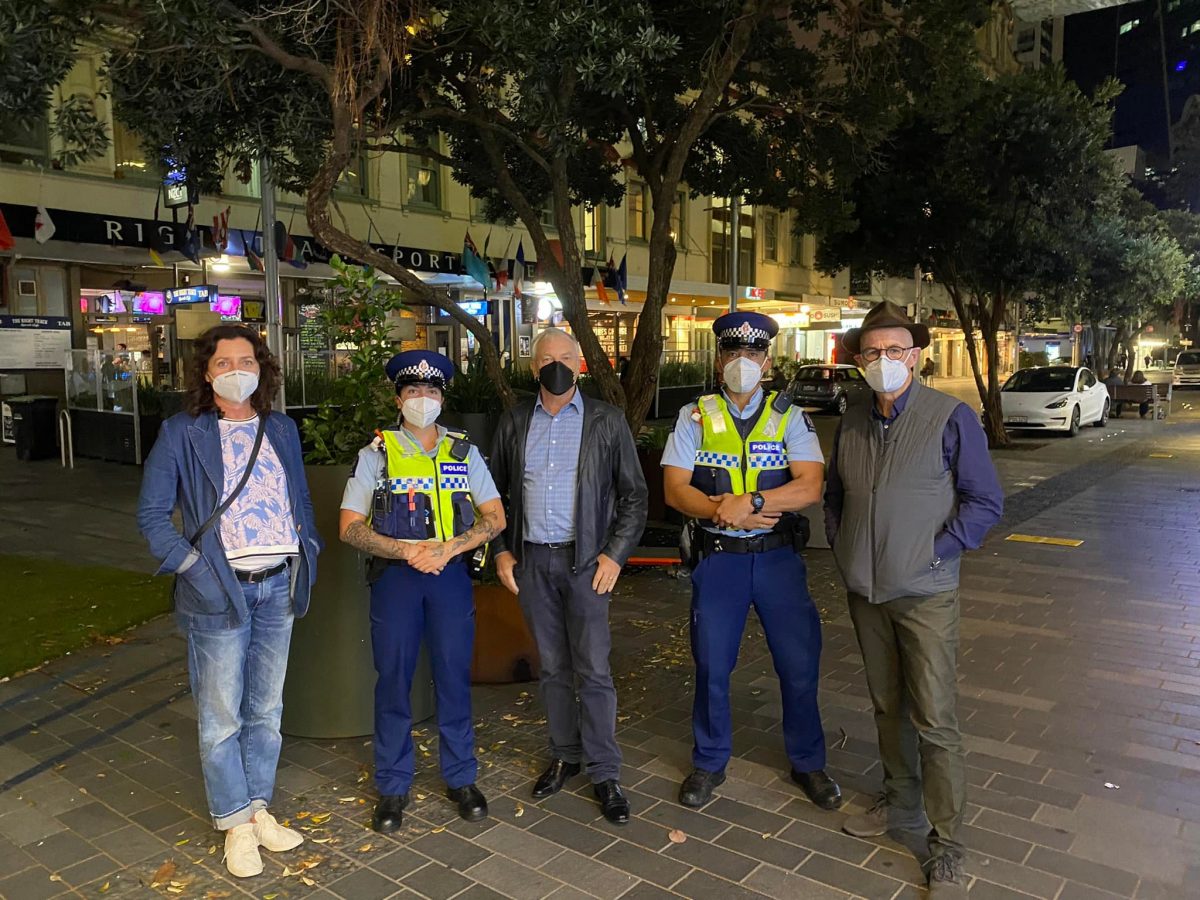 My Councillor report covers the period from 8 March to 5 April.  It has been prepared for the April business meetings of the Waitematā, Waiheke and Aotea Great Barrier Local Boards.

On-line meetings continue including the Waiheke Community Forum, Local Board meetings and all workshops and committee meetings.

Safety in the city centre is an on-going concern.  I attended a Friday night “walkabout” with new Acting Area Commander and the Mayor with Cr Darby of some of the hot spots (more details below)

I attended as a member of LGNZ’s National Council, the Local Government/Central Government Forum Plenary Session on 1 April chaired by the PM.  The theme for this year’s forum was Working together in a time of major change.

The festival went ahead with a limited programme due to current covid restrictions. I was fortunate to see Live Cinema: The Little Shop of Horrors – Lockdown edition online at the invite of the festival.

The resilience of the city centre has faced one of its toughest tests in recent years due to COVID-19, and efforts are being made by many organisations including Heart of the City, Britomart, Auckland Arts Festival, NZ Fashion Museum, Auckland Council and city centre businesses to bring back its mojo. (Our Auckland: City centre dresses up for fashion shoot)

Work will begin in April to update the Myers Park underpass  This project has been a decade in the making so I’m very excited to see it go ahead.

Key decisions from the Committees of the Whole

Note: After 11 hours the committee was closed with agreement to defer the Auckland Cycling and Micro mobility Programme Business Case and the report responding to resolutions from the Aotea/Great Barrier, Waiheke and Waitematā Local Boards regarding concerns about helicopter activity to the next Planning Committee meeting

The visibility of crime and anti-social behaviour and the perception of safety are ongoing issues in the city centre brought about by several factors including lockdowns, the emptying out of people (workers, international students etc) with eyes on the street, and emergency accommodation bringing new people into the city centre with no place to go during the day.

The City Centre Community Safety Taskforce led by council’s community team has been given additional resourcing and is working on several actions across multiple agencies including Heart of the City, residents, MSD and the Police. At the last meeting on 25 March participants reported the city centre has turned the corner and things are improving.  We are likely to see further improvements as university students return from 4 May and restrictions are lifted.

Also, on 25 March I attended a Friday night “walkabout” with the Acting Area Commander, the Mayor and Cr Darby of city centre hot spots.  What we heard is that police resourcing has ramped up since the end of MIQ and the worst of the outbreak that had a big impact on staffing numbers covering shift work.  The Area Commander has introduced beat police who are out in the city centre on foot and in patrol cars.  Fort St is one problem area that has been a focus of operations.

In response to requests for the return of a city centre police station the Commander explained that the way people now interact with the police and contact the police makes a bricks and mortar police station unnecessary and not a good use of resources.  For example, people will use their own phone on the spot rather than run to a police station. Police can now gather evidence and respond in lots of different ways backed up by units in patrol cars and the eagle helicopter.

A police station might be a visible way of giving people comfort that the police are actively working on crime, but it doesn’t serve the same purpose as it once did in terms of how police can effectively respond and how the police can be contacted.

Following the walkabout, we have followed up on the need to improve the design of the Fort St area through a CPTED review.   This is being worked on by Council and Auckland Transport.  Te Komititanga, Wynyard Quarter and Vincent Street are areas I have also been focused on following concerns raised by residents.

On Vincent St I have secured the placement of physical barriers to deter illegal parking. The rocks have been funded from the city centre targeted rate.