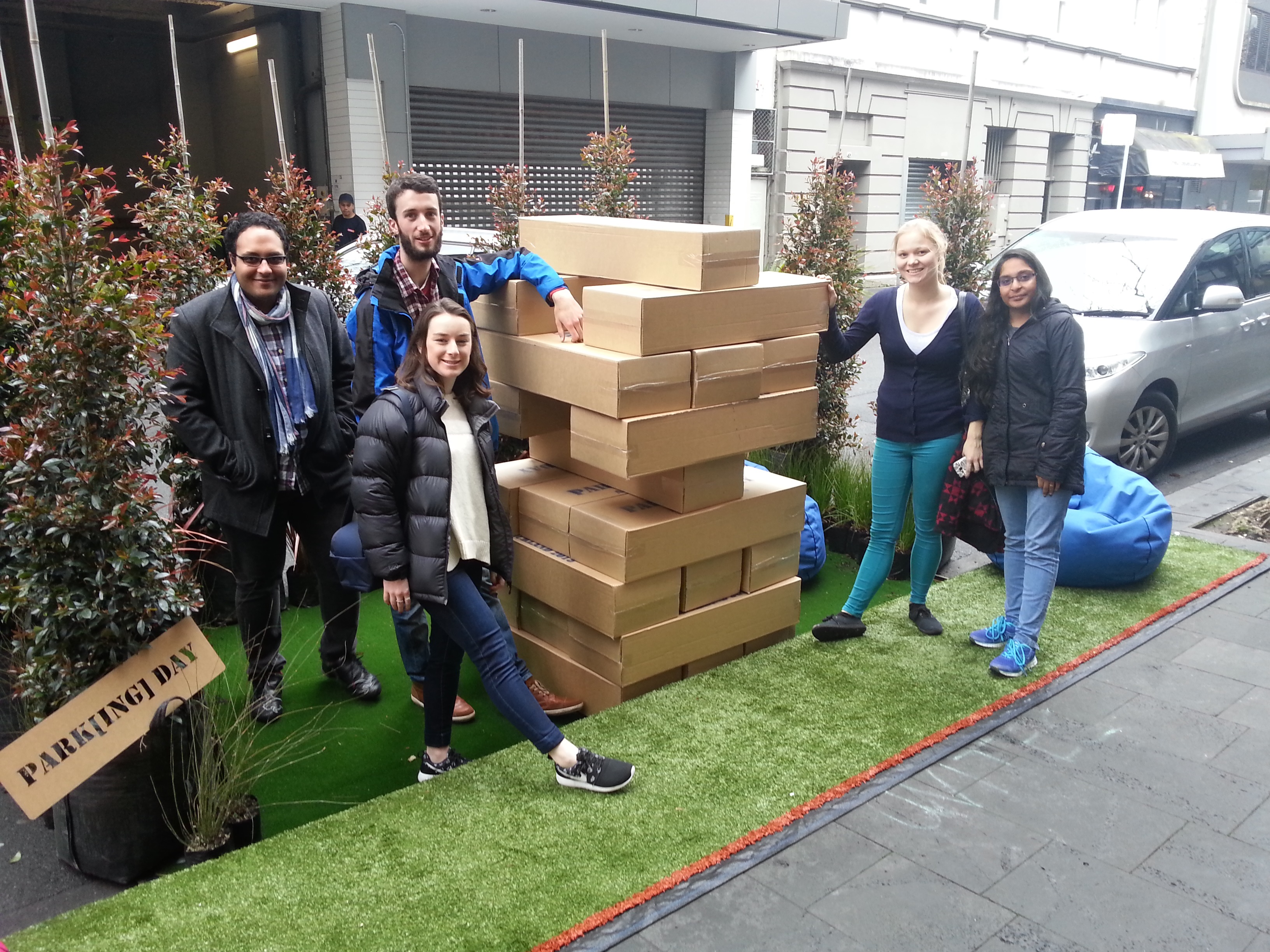 I first celebrated International Park(ing) day in 2009 when I was visiting Wellington where the council threatened to remove the temporary installations organised by Intersect Network in a few car parking spaces. Fortunately the event went ahead after some quick permit negotiations.

At the same time park(ing) day was being celebrated in Auckland with an installation (photos from 2009 and 2013) organised by Frocks on Bikes and Heart of the City. It was small beginnings to capture the potential of using an on- street car parks for people space – a project first begun in San Francisco in 2005 .

This year park(ing) day was supported by Auckland Council’s city centre transformation team as way to trial quick and inexpensive ways to create places like parklets.

A ‘Pancake Parklet’ on the corner of Lorne St and Wellesley St was developed with Roots Collective is planned to become permanent once Auckland Transport signs off on removing 2 car parking spaces. Even on a cool, damp spring day it was a big success with lots of people appreciating the extra space to wait for orders from No.1 Pancake and eat outside.