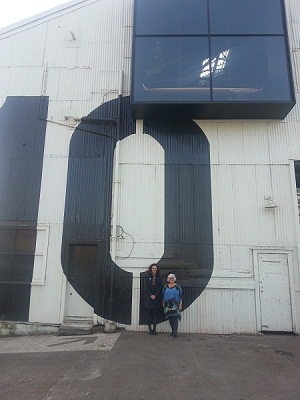 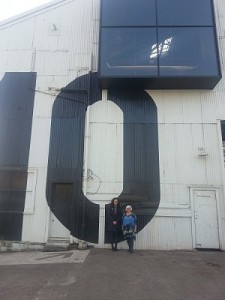 The community portfolio met the new Community Facilities team for the first time during July. For some time now we have been concerned about the standards at our halls for hire. It was good to hear that a new cleaning contractor has been in place from 1 July and that hirers are being offered the option of paying a service fee of $120 for cleaning.

We also heard from the Manager of Community Occupancy that recent hirer surveys have returned a satisfied or very satisfied of 89%.

We also raised our concern that Campbell Free Kindergarten building lease has still not been finalised due to the delay installing a new kitchen.

During the month I reported two lots of graffiti and was impressed with the speedy response. Within 24 hours Civic contractors called to confirm that the graffiti has been removed.  Civic Contractors have recently won the contract for vandalism prevention for the Central area.

Environmental services are looking at how to work more effectively with community development on sustainability initiatives that have wider community benefits. During the month we had a workshop with the new Sustainability Programmes Manager and heard about a number of potential projects including “Sustainable Streets” that has been piloted by Albert – Eden Local Board and opportunities for Neighbours Day. 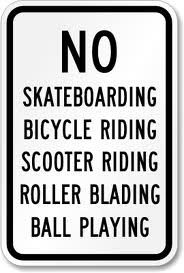 Residents of St Patrick’s Square have raised with Auckland Council their concern about the anti-social behaviour of skateboarders who find the Square a desirable place to skate.

These are clearly major issues that needs to be resolved. However the proposed solution of NO SKATING signs is not going to work and is unnecessary. It also adds visual pollution and reinforces negative behaviour.

We have asked the senior safety adviser to consider the international evidence that NO SIGNS are not effective and to look at other options. Such as making the square less attractive to skate and providing directions and a safe route to the skate park.

Regardless of whether a sign is in place, if anti-social behaviour does occur the Council can still act in accordance with the Nuisance by-law which prohibits the use of skateboards in a manner which may damage a public place or intimate or be dangerous or injurious or cause a nuisance to persons in the public places.

Auckland Transport’s quarterly report is on our agenda this month including an update on our Local Board agreement projects. Auckland Transport also reports on the main issues raised at our monthly catch up.

Auckland’s City Centre has been diminished by the motorway “collar” and the volume of traffic travelling through the city.  It is therefore great to see the work that is progressing from the vision set out in the City Centre Master plan.

We received an all of Board presentation on the study that has looked at the proposals for the key east –west routes.  The proposals for Wellesley Street, Victoria Street, Quay Street and Fanshawe Street are particularly impressive and have the potential to make Auckland a walkable city where people embrace PT as the preferred option to get into the city Centre.

Auckland Transport  announced in July that the St Mary’s Bay parking scheme trial would be extended for another year and the zone expanded to include Hackett Street.

A parking survey is going to Freemans Bay residents about parking concerns in their area.

Promotion of bike parking at events

Auckland Transport has a new initiative to take temporary bike parking to events and farmers markets over the summer. Last summer Auckland Transport discouraged ATEED from promoting active transport for “safety reasons” so it is great to hear about this new approach.

July has been the month to read the extensive feedback on the Unitary Plan and to finalise the Board’s feedback (to be tabled at an extraordinary meeting on 8 August).

I have attended all of the Board’s workshops on the Unitary Plan as well as the all-day mapping workshops on 12 July and 2 August.

The presentation speech is attached as ATTACHMENT A.

Feedback on the plan is open until 4 September.

In July we received an update on the business case that is currently being prepared for the establishment of a facility that will provide a model for a future resource recovery network across the Auckland region. Progress has been made on identifying a suitable site that can serve the Waitemata, Puketapapa and Albert-Eden Local Board areas.

This is one of our key projects for 13/14 and is an exciting opportunity to create local jobs, minimise waste, teach new skills and make a significant contribution to the vision of Auckland becoming zero waste city. It is also complementary to the Council’s Waste Management and Minimisation Plan adopted in June 2012.

Over the last three years we have been treated to some amazing speakers as part of the excellent Auckland Conversations series. I have learnt a huge amount from the experts about design, planning, heritage, environment and socio-economics. All topics of huge relevance to the discussion about Auckland’s future development.

Of all the speakers, Harvard Professor Edward Glaeser who visited in July, was an absolute standout. The author of the Triumph of Cities: How our Greatest Invention Makes Us Richer, Smarter, Greener, Healthier and Happier he spoke from an international perspective about urban policy, housing affordability, road pricing, the environmental challenge and what makes a modern day competitive city.

Key points that I noted:

I was particularly interested in his comments about transport infrastructure investment and road pricing. Professor Glaeser’s view is that you cannot engineer your way out of congestion. You have to charge for valuable assets such as roads and it is in fact a “Soviet approach” to give away a valuable resource for free. He pointed out Singapore as the place to have got electronic road pricing right.  Road pricing is economically sound and not regressive as some argue but actually a progressive approach if the proceeds are invested in PT.

With regards to the debate about how we can intensify while protecting heritage. His view is that every time a city says no to build up saying no to a family who wants to take advantage of living in a city. He advocates not turning cities into museums as this makes them unaffordable. Also if you freeze growth then Auckland will turn into a boutique town that won’t do its job of providing opportunities for a wide range of people.

(An interview by Geoff Cooper, Chief Economist and Professor Glaeser is available on shapeauckland.co.nz and the video of the event is on the Council website. )

In other Auckland Conversations Joris de Bres, former Race Relations Conciliator gave a challenge to Auckland Council to lead the way by understanding the % of employees of different ethnicities at all levels of Council and working out in the community and for Council engagement to be done in the community’s own languages.  He has a vision of Auckland as a multi-lingual city and supports the IMSB te reo vision.

I attended the LGNZ confererence – Transforming Communities building a successful New Zealand in Hamilton from 21- 23 July.  My conference report is attached as ATTACHMENT B.

I attended during July

During July I attended: