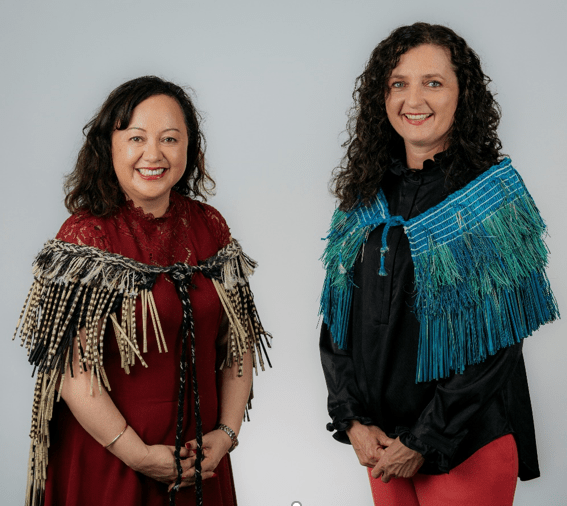 The Hauraki Gulf Forum voted on 28 February (11:7) in support of an advocacy position for updating and strengthening the Hauraki Gulf Marine Park Act.

For what should have been a relatively straight forward decision Forum members were subjected in advance to a well funded misinformation campaign objecting to the Forum’s advocacy for a refresh in composition to enable the Forum to advocate for the Gulf under a Treaty partnership model (co-goverance).

Here are my speaking notes from the meeting in support:

In speaking in support of the motion before us and the recommended advocacy position for updating and strengthening the Hauraki Gulf Marine Park Act I would like to first reflect on the two years since I came on to the Forum.  I’ve been fortunate to experience the Forum under co-governance leadership that has put us in a strong position to advocate on behalf of the Gulf,  Hauraki Gulf Tīkapa Moana  Te Moananui-ā-Toi that we all know to be under immense pressure and in a dire state. I’m fortunate to have only experienced a forum that is focused on clear goals, makes decisions largely by consensus and  with co-chairs mandated to take every opportunity to push for improvements for the Hauraki Gulf .

Our co-chairs report that you have just received highlights the progress we have made together as a forum.  As we have stated in the report our co-governance leadership model has been influential factor in our shared progress.  It has also now brought us to a logical next step of what change could look like after 22 years of the Hauraki Gulf Marine Park Act.   Even with the benefit of a well-functioning forum change is necessary. As Attachment A notes at para 18, in recent years the Forum has pushed to the edge of its powers and has done what it can with the current Act to make it as effective as possible.

We are really fortunate that we have Dr Graeme Campbell, the original drafter of the Act, guiding us on this next step.  As Dr Campbell has advised forum members “The time is now ripe to make changes to the Act that will guide the necessary actions of every institution that makes up the Forum. It is timely to review the membership and the mechanisms that will facilitate action. This is not a new idea, and was always anticipated by the drafters of the Act.”

The forum members have come under immense pressure in undertaking, what I think, should be a relatively simple and logical task landing on an advocacy position for updating the Act.  I think this is the first time I’ve had my name on a full-page ad in the NZ Herald ahead of a decision.  This may also be the first time members have experienced such an intense misformation campaign.  I say “misinformation “ deliberately because the communications that have provoked a deluge of emails and petitioners have not accurately represented what is before the Forum today.  For example the email out from Auckland Ratepayers Alliance had the heading “Democratic control of the Hauraki Gulf & Regional Parks is about to be lost” and opened with the line “Aucklanders’ ability to freely use and enjoy the Hauraki Gulf is at risk.   This is because the Hauraki Gulf Forum, a consultative and advocacy body established under the Hauraki Gulf Marine Park Act, is about to vote to remove elected councillors and in their place establish an iwi controlled model.”

I am sure members were able to see though this non sequitur of sentences that are mutually exclusive, but I think it is important to put it on public record for those listening in who may have misunderstood the role of the Forum and the decision before us and who may have been deliberately misled.   We can not be both an advocacy body AND about to take control over the Hauraki Gulf! (or Auckland’s Regional Parks for that matter)

As members I would like us to focus on what is actually in the report and the information we know to be true to inform our decision making.  I ask that we also hold in mind our governance statement committing us to operate in partnership under the Treaty of Waitangi including the principles under the act and to integrate and respect Te Ao Maori and other world views.

We also have the benefit of drawing on three reviews about the Act over the last seven years. The most recent review in 2016 concluded “The current governance model for the Hauraki Gulf Forum is not effective, and consequently, the opportunity for that independent, influential and effective leadership is not being realised.” I thank those members who have waited patiently for the Forum to have the courage to take this next step in respect of advocating for the necessary changes to the Act.

Thanks to our Executive Officer Alex who has guided our work through what has been an iterative process that has landed on, what I consider, to be a clearly articulated advocacy position. Every member of the forum has had the opportunity to identify issues, contribute options and suggest alternatives.

What is proposed is about being able to BETTER advocate for the Hauraki Gulf.   In summary the main recommendations are to:

Despite claims to the contrary it is NOT proposed to change the management, ownership or control or access to the Hauraki Gulf.  The report clearly spells this out.

The recommendation under b) then asks that we take our updated ADVOCACY position to relevant ministers to discuss.   As has been highlighted throughout the process it is just an advocacy position and it sits with parliament to reform the act and consult with the public on any proposal.   That discussion will ONLY start with the resolution of the Forum. And if not unanimous we will make that clear to ministers and be transparent to members on the steps we are taking.

We’ve also been asked (by the Gulf Forum Group) to consult before making this decision. This is another tactic to kick this important decision down the road which unfortunately happened after previous recommendations.  It also misunderstands the role of the Forum.  To quote Dr Campbell again “The Forum is framed as a meeting place for those who make decisions affecting the life sustaining capacity of the Gulf. The individuals do not (in this case) represent people, they represent institutions, a government agency, a local authority, an Iwi/hapu.   Those institutions have a legal Treaty/statutory right to make decisions that affect the life supporting capacity of the Gulf/Islands/ catchments of Hauraki. The job of the Forum is to achieve, or to contribute to achieving three things  – purpose of the Act, Treaty obligations, and integration of objectives across agencies“.  Or as the Brady report put it in 2015 the Forum should “act as a political peer group, and provide leadership and oversight to promote the objectives of the Act”.  Unfortunately, some members and the Gulf Users Group seem to be unaware of this expectation and are raising “consulation” direct with the public as a false flag  (something the forum has never done in 22 years before a big decision).

Finally in recommending this motion to members I refer to the Forum’s recent public poll showing overwhelming support for doing more to protect and restore the Gulf, with huge numbers also in favour of the use of indigenous practices like rāhui.  Today’s positive decision is long overdue. The Hauraki Gulf  Tīkapa Moana  Te Moananui-ā-Toi is in a degraded state, suffering from impacts off the land and at sea.

There can be no member around this table (or should I say virtually on zoom!) who truly believes the status quo is adequate.  We now have a clear position on what change can look like.    I strongly commend the motion to members. 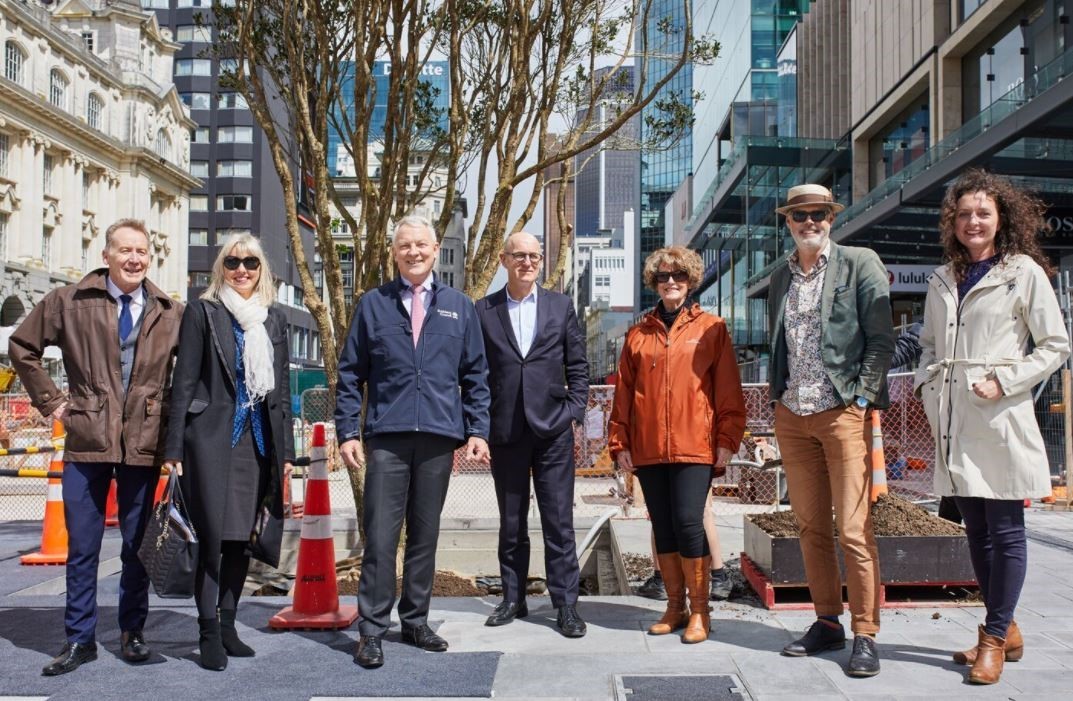 This is my Councillor report covering the period from 7 September to 6 October.  It has been prepared for the October business meetings of the Aotea Great Barrier, Waiheke and Waitematā Local Boards.

On 10 September the Environment and Climate Change Committee endorsed Te Tāruke-ā-Tāwhiri: Auckland’s Climate Plan’s proposed partnership and governance approach in principle and approved establishing a Climate Political Reference Group to advise and direct staff on the implementation and delivery of the plan.

On 17 September the Finance and Performance Committee received an update on the progress for financial year 2020/21; an update on the Value for Money programme; and noted Auckland Council has achieved $69million towards the $120million savings target this far.
The committee also approved the Panuku Development Auckland and Auckland Transport Park and Ride Integrated Development programme allowing for a process to start to consider development opportunities at transport hubs.

At the meeting I raised the concern that Auckland Transport has cut the delivery of cycleways target for 20/21 from 10km to 5km despite feedback from council to pursue the “potential for innovative and low-cost techniques to be deployed to achieve council priorities.  Areas where this may apply include road sealing, renewals, and active modes (building on recent momentum in walking and cycling)”.   I have yet to receive a satisfactory response from AT and do not support the cut to the target.

On 24 September the Governing Body voted to maintain water restrictions and adjust the restrictions for commercial users.

The Governing Body also approved the terms of reference for an independent review into health and safety as Ports of Auckland.   I have been one of a group of Councillors supporting the Mayor to launch a review to take a close look at the workplace culture at the Port and systemic failings that have led to avoidable deaths.

I voted against progressing the private plan change request in relation to 34.5ha of land at Patumahoe South.  The land in question is 98% elite and prime soils, the land is not identified for intensification in the Unitary Plan, Auckland Plan Development Strategy or Future Urban Land Supply Strategy and there are significant transport issues north of the site. I also didn’t think the Climate Impact Statement in the report was adequate. The next step was for the private plan change to go out for public consultation before a series of independent hearings.

Regional Parks Management Plan Review is out for consultation until 26 October 2020 to help protect natural, cultural and heritage values and guide the activity and use of regional parks for the next decade. Suggestions are wanted on how our 28 regional parks are protected, used and managed.

On 8 September my Hauraki Gulf Forum co-chair Nicola Macdonald and I had our official photographs taken wearing our Kahu Korari / Pake (woven capes). Nicola commissioned these as a symbol of the enduring relationship and commitment to uphold the values and and aspirations to protect our taonga tuku iho, the Hauraki Gulf. 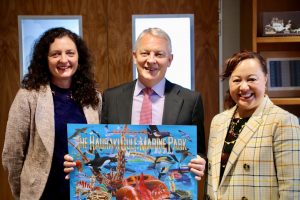 On 29 September, we met with Mayor Phil Goff to update him on new forum goals and co-governance structure; to discuss the proposed briefing to incoming Ministers, the likely Government response strategy to Sea Change and key issues regarding the Gulf for consideration in preparation for Auckland Council’s 10 year budget.