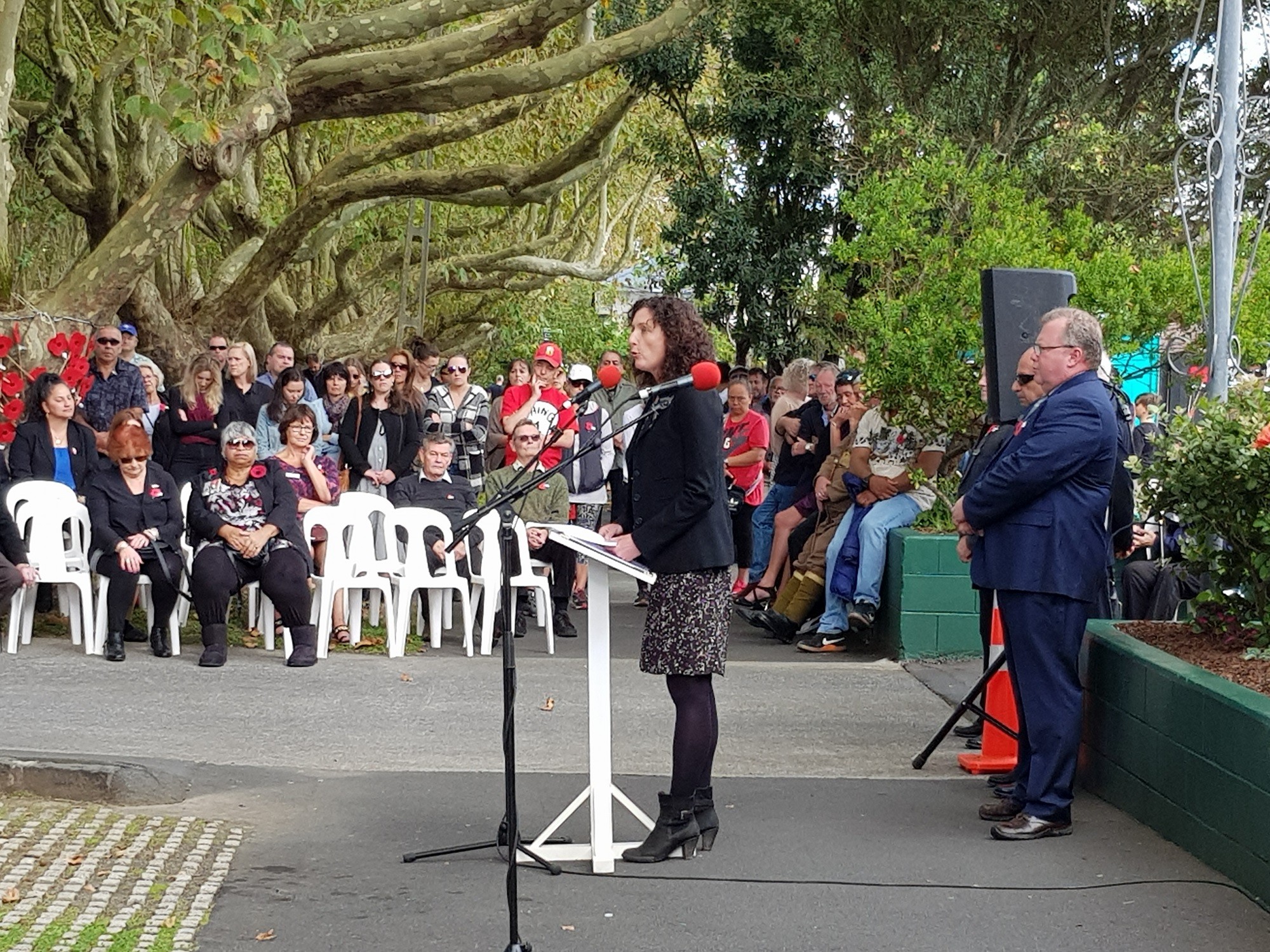 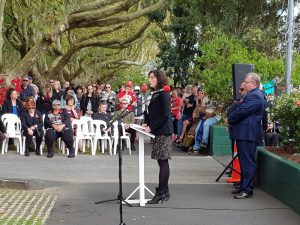 Greetings to everyone gathered here this morning.

It is a great honour to be invited to speak today on behalf of the Waitematā Local Board. I’m joined by newly elected board member Denise Roche.

We all come together this year on the 103rd Anzac day in the final year of the 100th commemoration of the First World War.

I give thanks to the Grey Lynn RSC for bringing us all together as a community to remember the lives lost and the huge impact of war on those who served and their families. I acknowledge the passing of president Rocky and sadly the many other life members who have passed in the last year.  Thank you to the club committee and new generation of members keeping the club going strong as a welcoming, inclusive place. The Local Board is pleased to be able to support your very special and unique Anzac day parade and service.

We have all come together, not to glorify war, but to commemorate New Zealanders, Australians and Pacific peoples who served and died in all wars, conflicts and peacekeeping operations and share the sorrow at the loss and suffering of so many lives in war including those opposing war.

Of 74,000 New Zealanders who served in World War 1 on the Western Front between August 1914 and November 1918,  nearly 14,000 lost their lives. Those who volunteered for the war effort on behalf for the British Empire included approximately 1000 men from the Pacific Islands, including 500 from the Cook Islands and 150 from Niue.

In April 1918 war raged. Heavy causalities continued until armistice day in November. It is this year that we move from commemorating war towards peace. We look to the journey home, to loved ones keeping the home fires burning, and the difficult time recovering from the terrible effects of war.

I give thanks for the ANZAC spirit of sacrifice, courage, commitment and giving which has seen NZ cope through natural disasters and rise to the challenges of our time. I tautoko the Prime Minister’s call, at a time when risks to global peace and security are growing and the rules-based system is under such pressure, that we must recommit ourselves to the cause of non-proliferation and disarmament, and to the norms and rules which support those endeavours.

We remember and reflect on ANZAC day together and work to ensure future generations do not face the horror of war. As we remember those who sacrificed their lives and honour those who served we recommit to the importance of peace, independence, fairness and freedom.