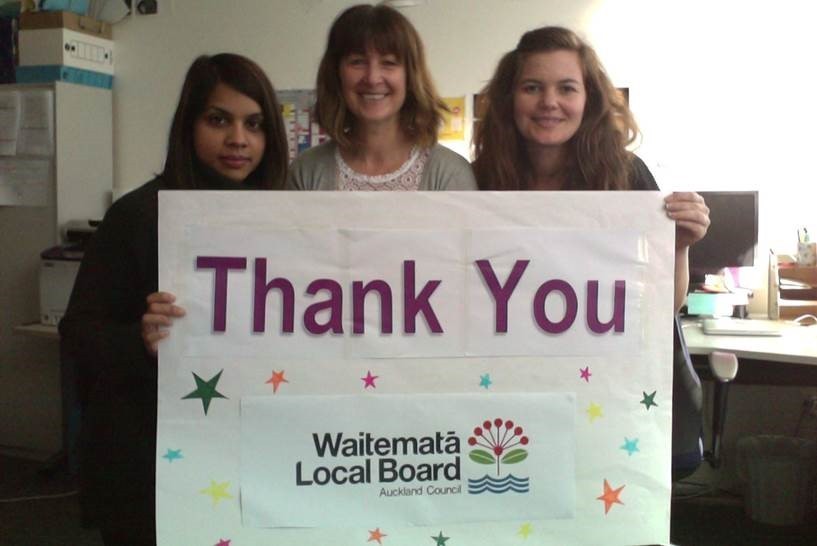 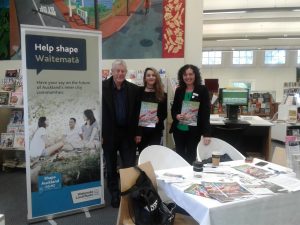 We concluded consultation on the draft Local Board plan on 30 June. Our final Information Session was held at the Leys Institute Library on 22 June (Photo right with board members Adriana Christie and Richard Northey)

At our June Board meeting we approved the names to be given to the rooms in the refurbished Ellen Melville Centre: Helen Clark Room, Elizabeth Yates Room, Betty Wark Room, Marilyn Waring Room, and Eleitino (Paddy) Walker Room. Our thanks to National Council of Women – Auckland Branch for selecting the names of these significant women.  The opening date is currently provisionally scheduled for 15 September. 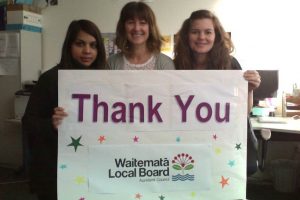 On the 30th anniversary of the Nuclear- free New Zealand legislation I spoke at the unveiling of the Pohutukawa for Peace plaque to acknowledge all those who campaigned for nuclear- free NZ in particular my colleague Richard Northey, Chair of the Campaign for Nuclear Disarmament (1970-83) and MP in the Labour government when the legislation was passed.  I also spoke at the launch of the Our Climate Declaration initiative on 18th June (Attachment A)

Provided feedback to Auckland Transport on behalf of the Board on the Victoria Street cycleway, Midtown Bus consultations, AT election sign 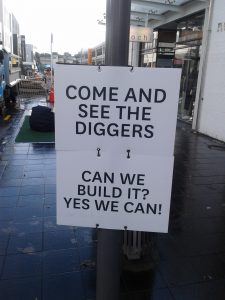 Wynyard Quarter and Viaduct Harbour safer speed zone introduced (Attachment C). The Board has been a long time advocate for 30km speed limit for the area.

The Teed Street Upgrade is well underway. The Newmarket Business Association is working with Council and the contractors to keep the surrounding streets open and welcoming. (Photo right:  A local retailer proposed the wording for this sign on Teed St)

Attended a number of events detailed below. 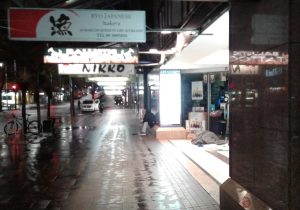 Took part in the Big Sleep Out 2017 on 6 July raising over $2000 for Lifewise. After the 5.30am wakeup at the event held in the AUT plaza I walked through the city centre to the board office. People were sleeping in doorways all along the way.  It was a reality check about the housing crisis and why Lifewise’s work to tackle homelessness is so essential.

Meetings and workshops: 12 June until 7 July 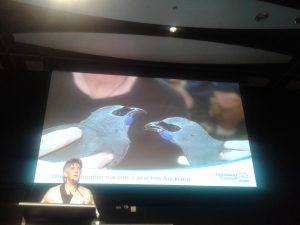 Events and functions:  10 June until 7 July 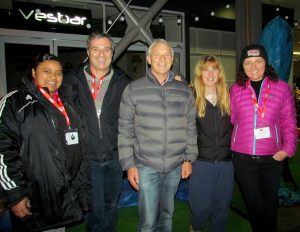