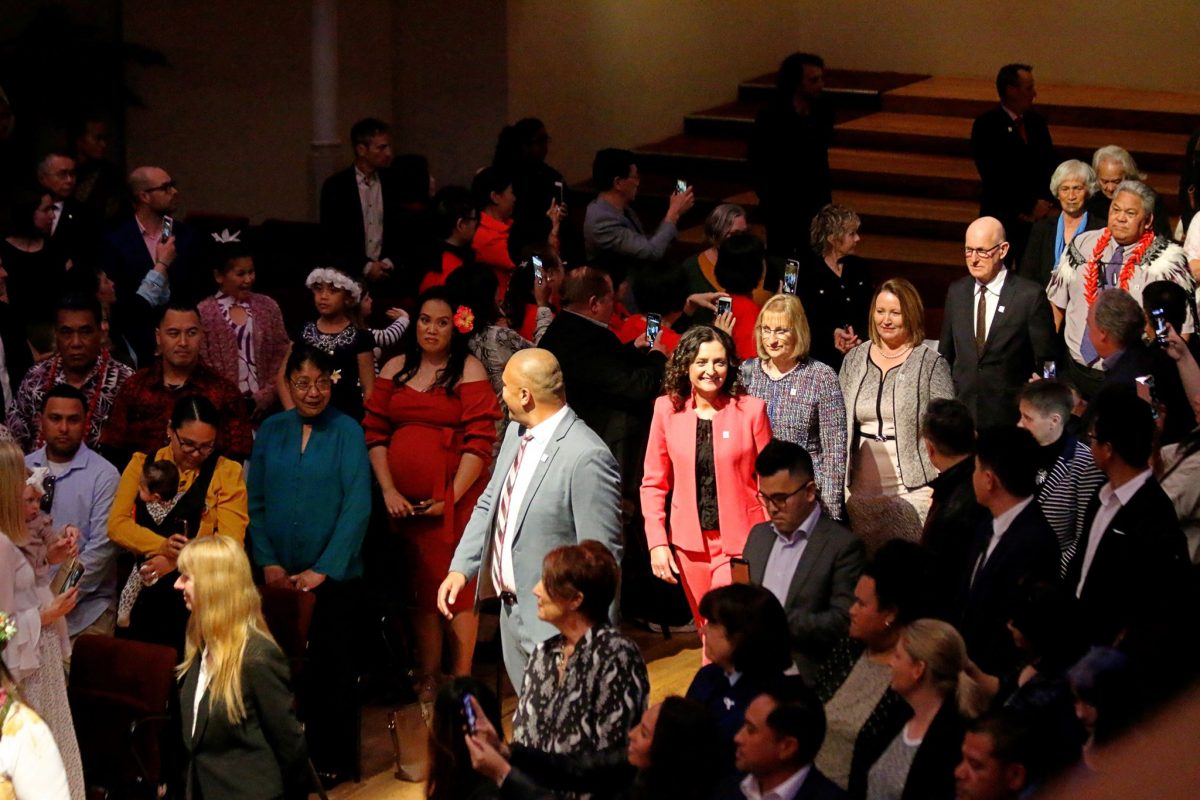 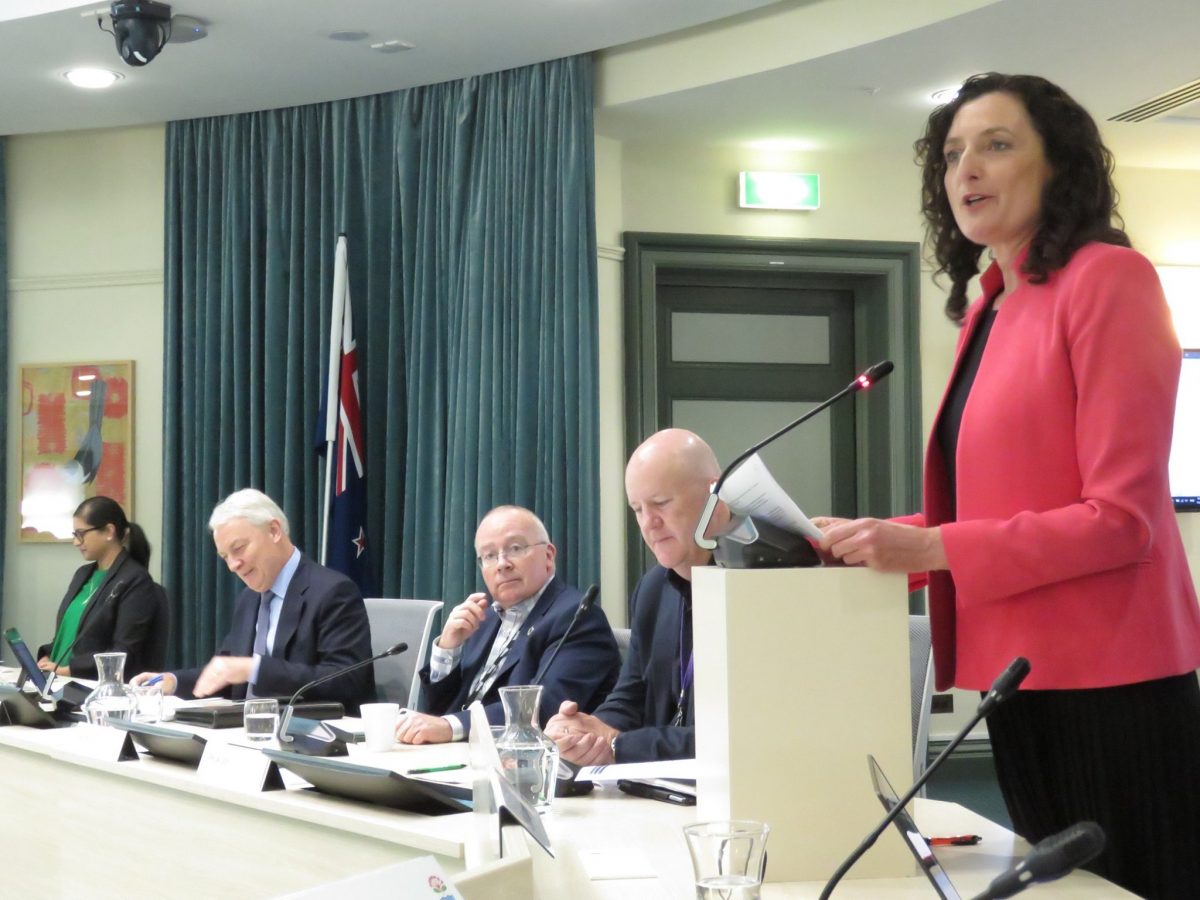 As one of four new Auckland Council councillors elected for the 2019-2022 term I had the opportunity to give a maiden speech to the inaugural governing body meeting on 5 November 2019:

It is a great honour to give a maiden speech as the newly elected Councillor for Waitematā and Gulf ward representing the beating heart of Tāmaki Makarau and the stunning gulf islands.  An area contributing 20% of Auckland’s GDP, of tremendous population growth, increasing diversity, major cultural institutions, world class places of learning with residents who experience everything from dense urban vertical living to off grid rural lifestyles.

I acknowledge my predecessor Mike Lee, long serving councillor and former Chair of the ARC.  Among many achievements he was instrumental in the renaissance of the Auckland’s public transport and expansion of the regional parks network.   Passing the torch graciously is not always easy and I wish him and Jenny well.

It’s a privilege to have been part of Auckland Council right from the exciting, but at times daunting, beginning in 2010. I acknowledge Auckland’s first Mayor Len Brown for his massive contribution that has yet to be written – and for also making those early days fun.  I pay tribute to my many colleagues over the years who have tried hard to make the super city experiment work for the best interests of our communities. It is very timely for the CCO review announced by the Mayor to examine the part of the governance model that was deliberately set up to corporatize Auckland and remove democratic decision-making.

I come to the governing body with the experience of nine years on the Waitematā local board working for, what can be summed up as, inclusive, accessible, safe, healthy, connected, sustainable, resilient communities for everyone to enjoy.  It has been a challenging but immensely satisfying and enjoyable time. I’d like to think that I bring to the big table the ability to get stuff done, make the most of modest budgets, work alongside community and business organisations always with a commitment to genuine partnership with mana whenua.  There is still much to learn, and I thank everyone who has supported me on that journey.

Former Chair Shale Chambers contribution to establishing the Waitematā Local Board and setting the foundations for strong local decision making across council can’t be underestimated.  Remarkably as the chair and deputy chair combo over 9 years we never once had a bust up.  I thank him for his support, guidance and for becoming such a strong advocate for Auckland being a great place to cycle even though you will never see him on a bike.

It was easy to let go knowing the Waitematā Local Board is in good hands under new chair Richard Northey and with an impressive team.  A shout out too to the wonderful, committed local board staff who support the board so professionally and effectively.

It goes with the territory to be on the receiving end of nasty comments and the odd insult.  Supposedly this includes “I get on well with bureaucrats and management”.   I think that means you Mr Town and your team!   Absolutely I will continue to value positive working relationships and collaboration with everyone who is committed to working for and serving the best interests of Auckland.  My role is to ask the difficult questions and to know when to challenge advice but I make a commitment to always do that with kindness, empathy and respect.  (just warning everyone I have a naturally resting bitch face that I can help!)

I acknowledge my fellow class of 2019 – Angela, Tracey and Shane. As former board chairs I believe we will bring to this table an approach of collaboration, cheerfulness and working together that we have experienced at the Chairs forum.  I know we are all here to bring our A game.  Actually forget A’s and B’s –  I am calling it now that I am on team C – Team collaboration!

Like everyone around this table I was elected independently.  What I do hold as a badge of pride is that I am part of the City Vision whanau and join Cathy Casey as a City Vision councillor.  Like Cathy I don’t belong to a political party and just to put the record straight there is no party master (at least I am yet to meet him or her or find the so called back room where the deals are meant to be taking place).   We are a progressive coalition with shared values of social justice, commitment to the Living Wage, outstanding public transport, environmental restoration, action on climate change, ownership of public assets, and a real say for local communities. We are upfront about what we stand for because we believe our role is far more than about us as individuals.

I respect that around this table we all come from different political traditions of the legacy councils.  But the reality is that I wouldn’t be here if it wasn’t for being part of City Vision.  It was the only way for progressives to break the C&R stronghold over the old Auckland City Council.  I acknowledge and thank all those who have supported my election.  Robert Gallagher Chair of City Vision, Jeremy Greenbrook-Held, my campaign manager,  the wider support team of volunteers including on Waiheke and the great team of candidates I stood alongside.

In many ways my path here started early on with community activism, volunteering and community-building. Like 39% of Aucklanders I was born overseas.   I was born in London and raised in a post war new town called Hemel Hempstead where my politics were shaped from a young age by the threat of nuclear war, the toxicity of apartheid and the rise of Thatcherism.

My family immigrated to New Zealand just after I turned 14.  Surprisingly for that difficult teenage period it was a move I embraced (in my version of the family history it was actually my idea to immigrate here and thank god we did).   I immediately felt at home living in Ponsonby and attending Auckland Girls’ Grammar School, where my interests in service and activism were encouraged. It is also where my north London accent was beaten out of me! I acknowledge Miss Pountney my principal at AGGS who is here and who I am now allowed to call Charmaine and is a neighbour in Grey Lynn.

In 5th form I was a founding member of Auckland City Youth Council established under then Mayor Dame Cath Tizard.   Many of the issues then we sought to bring a youth voice to continue to this day but now with increased urgency led by school strike for climate.

I was fortunate to spend my last year of school as an AFS student in Peru and to have completed a law degree at Otago University.  I first experienced what it was like to be brutally defeated in an election when I came second to last for the OUSA exec well behind now Mayor of Whangerei Hamish McDouall.

My community activism continued during a 15 year legal career.   It was awesome to be mentored along the way by John Edwards who gave me my first legal job and is now the Privacy Commissioner and Una Jagose my manager at the Ministry of Fisheries in Wellington who is now the Solicitor General.

During this time my dad Mel Coom was killed in a car crash at the age of 49. Many years later, and now as Vision Zero campaigner, I’ve come to think of dad’s death not just as a family tragedy but also as an example of why the “safe systems” approach to creating a forgiving roading network is so vital. I applaud Auckland Transport for moving ahead with the slower speeds bylaw work and I will continue to be a tireless advocate for road safety and transport choice.

It was redundancy from an inhouse legal job at Vector over 10 years ago that really kick started my political career.  It allowed me to pursue my passions and to throw myself into community busybody-ness, cycling advocacy, sustainability as chair of the Grey Lynn Farmers Market and Trustee of Grey Lynn 2030, and organiser of major climate action events.    I am still working with many of the fabulous people that I met through that time and I give thanks for all the encouragement I received to pursue politics in particular from Suzanne Kendrick and Barb Cuthbert.

The challenge for this term of council cannot be overstated.   Bold leadership is needed like never before.  There can be no more business as usual.  Our agreed 1.5°c target requires urgent climate action in the next 10 years.  Everything has to be seen through the lens of the climate emergency and climate action must be at the heart of all our decision-making. I’m honoured to have the deputy chair role on the Environment and Climate Change committee working with Cr Hills as chair.   We have big shoes to fill to continue the work led by Penny Hulse.  I thank her also for her tremendous support to become councillor.

All of us as councillors need to be focused and prepared for the challenge ahead.

Decisions must be made for the long term, not just the short term

We must recognise the inter-relations between issues –  climate, water, coastal risks, public transport, the central city transformation, economic development- and the broad benefits we can deliver for all communities across Auckland if we take an integrated approach.

We must ensure we are not locked into future pathway that could increase our emissions and decrease our resilience to climate impacts.

Every community will be impacted by climate change so regardless of personal viewpoints around the table, everyone has an important role to play in terms of preparing our communities for the impacts and transitions to come.  We must ensure the inevitable transition is just.

It’s not just about a central city response, but from Rodney to Franklin, South Auckland and West Auckland. We need everyone around the council table reaching into their communities to help articulate the challenge ahead and also bring back the knowledge, insights, concerns and priorities to help craft community-specific responses to the climate emergency.  This is why we must all be team collaboration.

I know you have indulged me extra time for this speech.  But there are a few important acknowledgements I would like to end with.  I’d like to acknowledge the Mayor, our koromatua.  He is a good man with a warm heart who works incredibly hard for us all.  I’d just love him not to drive so much (even if it is an e-car) and have more time for experiencing our communities on foot or bike.   I think it is hugely symbolic that both the Mayor and councillor Fletcher have both spoken publicly about having grandchildren born in the week after the election.  There’s been a reset on a fresh start this term to work together for future generations.

My partner Paul, also known as the Dennis Thatcher of Auckland politics, is here. You won’t see him at much but he is a constant support behind the scenes (please forgive me for always having an excuse not to do housework).  Paul’s lack of interest in being my plus one is great news for my wonderful mum Barbara Grace who is always up for everything. Thank you to you both, my family and my wider urban whanau.

In the last week I’ve had the opportunity to attend the inaugural meetings of the local boards in my ward – Aotea Great Barrier, Waitematā and Waiheke (I have to fess up to missing the plane to Aotea and arriving late!) I look forward to building strong relationships with the three local boards, serving my entire ward and working hard to fulfil the aspirations of all Aucklanders.

There is a lot of work to get on with and I am here for it!