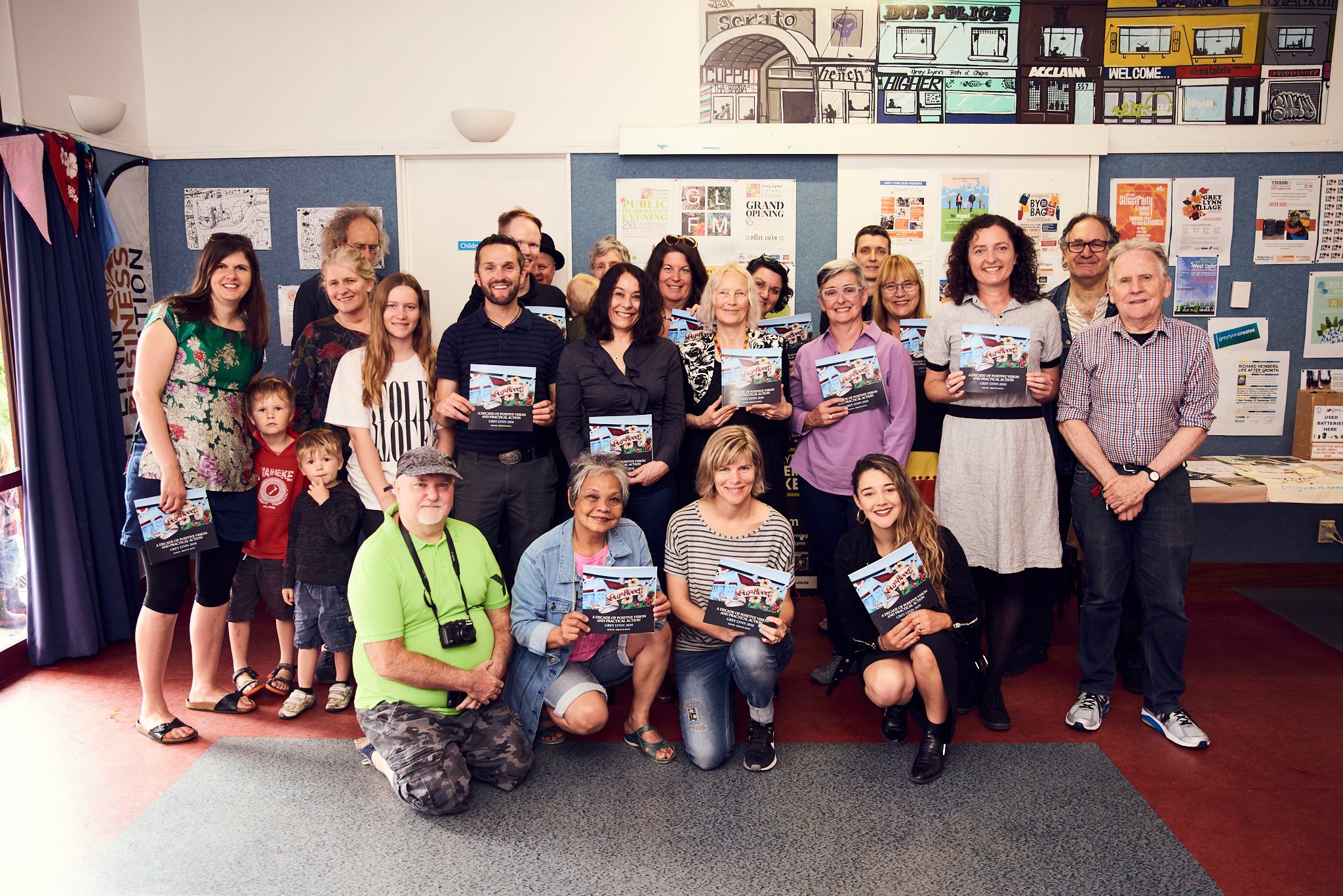 At our October local board meeting we formally acknowledged Penny Bright (photo right in one of her last campaigns against cycleways).

That the Waitematā Local Board

a) acknowledges campaigner and activist Penny Bright who passed away on 4 October 2018.  Our thoughts are with her family and close friends at this sad time. 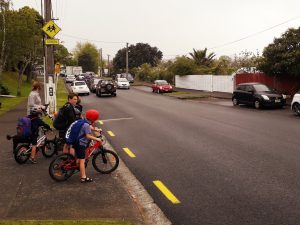 On 18 October I was invited to join a mum on her walk to school with five boys (not all her own) to experience the safety issues that have been raised with Auckland Transport by the school community.

The kids all enjoy using the Grey Lynn Greenway for part of the route (using it to get to the pump track before school too) but then have a really tricky section to navigate. Lots of local parents prefer to drive because of safety concerns. 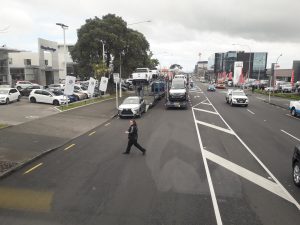 For a frustratingly long time I have been following up with Auckland Transport on the issue of car transporters unloading illegally on Great North Road.  There is a serious concern about public safety as the car transporters are blocking bus stops and the pedestrian refuge.

I’ve met with AT Group Manager, Parking Services who acknowledges that the “sticks” available to Auckland Transport are not working.  The operators consider any fines to be a normal part of their business expenses.  Even when the side street loading zones are available the operators continue to park illegally on Great North Road as it is more convenient and there is insufficient incentive to put in place appropriate traffic management.

AT has confirmed that as a next step a safety audit will be commissioned to be prepared by Christmas.  AT will advise the main operators about the audit with a view to working with them on an appropriate response. 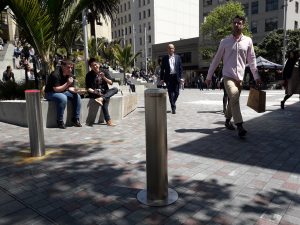 To do this the bollards (which are currently lowered to street level) at each end of Freyberg Place have been raised. This will prevent vehicles driving through the square and make it much safer for pedestrians. 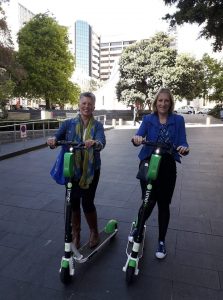 The council has permitted Lime to operate systems for a three-month trial – like the initial trial licence granted to Onzo for its bike share service. Other operators of e-scooter systems can apply for a licence too.

Following the launch of 1000 scooters, Auckland Council’s community and social policy team is looking at the regulatory framework for e-scooters and the options that can be considered to mitigate any safety issues or concerns.

The scooters have provided a fun, convenient way to make short trips around the city, but also highlighted the poor state of footpaths and the inadequate space provided to people using small wheeled mobility transport.

The platform on Hopetown Street at the Western Park entrance has been refurbished. 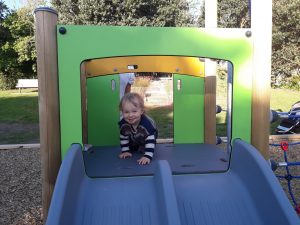 Sackville Reserve Playground is now open. An opening event will be held on on 5 December (check out the board’s Facebook page for details). Photo left:  Alfie enjoying the new equipment (as featured in my Ponsonby News November update)

The  Low Carbon Network event held on 8 November at the wonderful Sustainable Coastlines Flagship on the theme of Rākau (Trees). Waitematā Local Board tree loss report 2006 – 2016 shows 61.23 hectares (approximately 17 per cent) has been lost in last 10 years – 65 per cent of the urban forest clearance has occurred on private land. Details on what is being done in the Our Auckland story – Protecting Auckland’s urban trees (Attachment 3).

Meetings and workshops 10 October until 11 November 2018 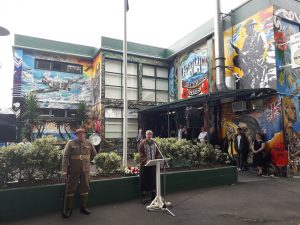 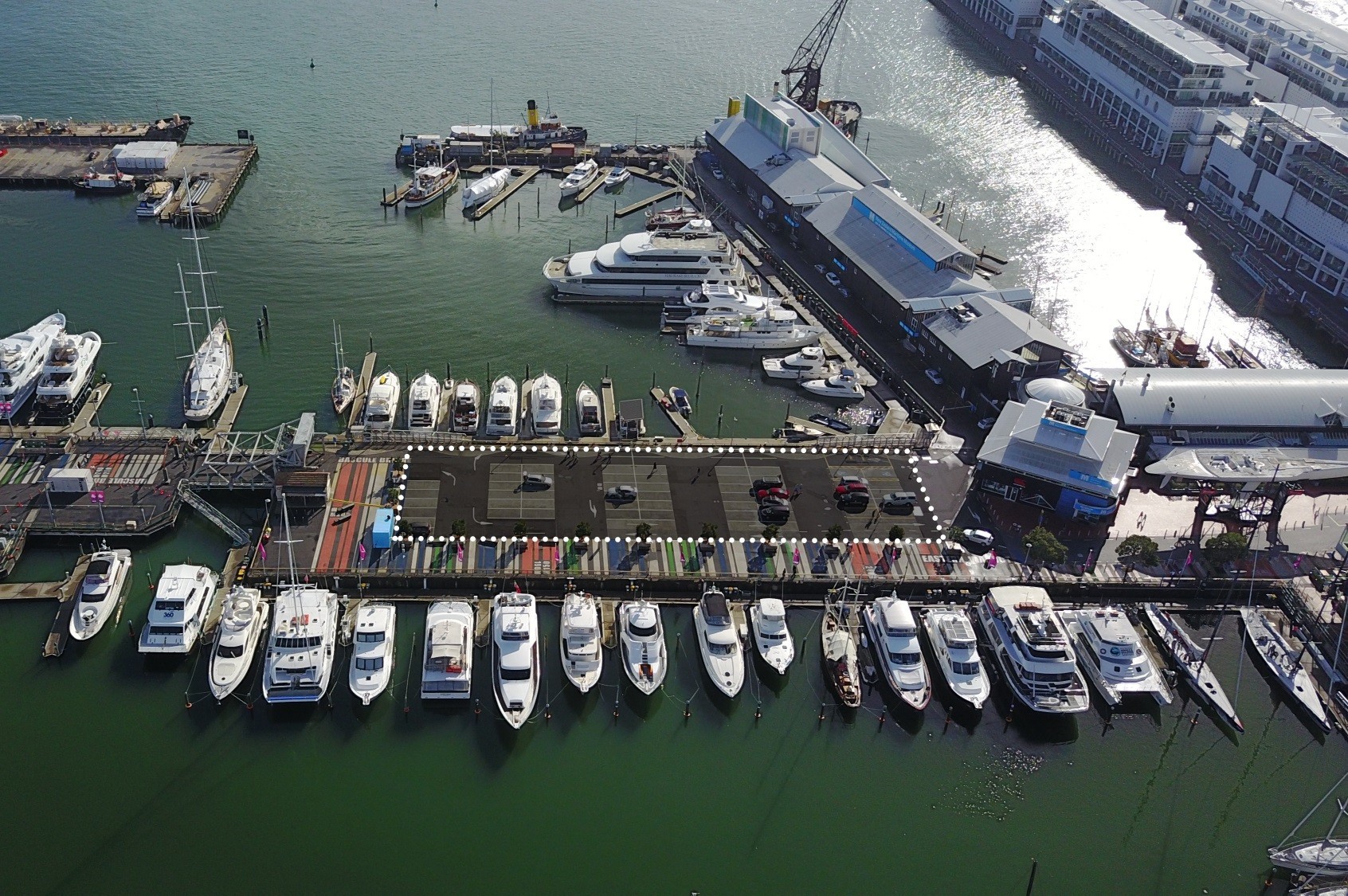 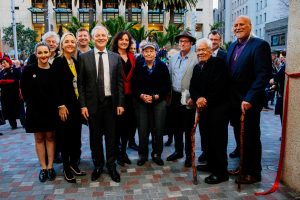 The biggest project that the Board has delivered was opened on 15 September.  In my speech I looked back on the journey to create an inner city community hub and acknowledged the many people involved with the restoration of Ellen Melville Centre (the Board’s project) and the upgrade of Freyberg Place (funded from the City Centre targeted rate). It was a very proud day for the Board.  Since the opening I have enjoyed a number of events at the centre. 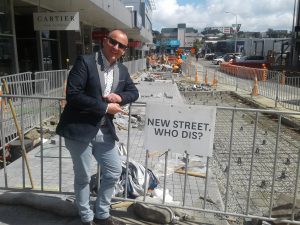 As part of the Board Member Local Board Area Orientation Tour 2017 on 28 September we visited Teed Street to see how the work is coming along to widen footpaths and add new tree pits.

The work is expected to be completed by the end of October. 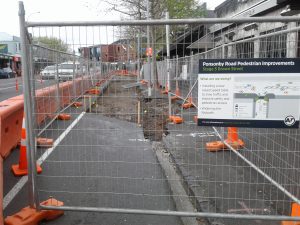 Summary of the latest update from Auckland Transport on Ponsonby works:

Brown Street (photo right) and Angelsea Street are expected to be completed the week of 9 October. The contractor has been: 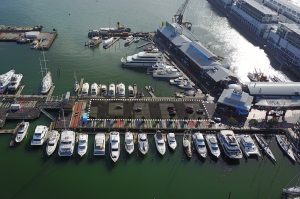 Following advocacy from the Local Board, Panuku has agreed to work towards closing the Eastern Viaduct car park to make it public space and to improve waterfront connectively.

In moving towards the closure in March 2018, Panuku is seeking ideas on how the space can be used. Media Release Attachment B. 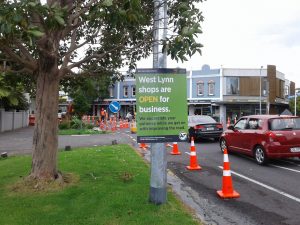 I have been following up on a number of issues associated with the project to improve pedestrian safety and install cycle lanes on Richmond Road (Route 2 of the Waitemata Safer routes scheme). Works are progressing fast but there are concerns about the location of the bus stops and the disruption to the shopping area during the construction.   I’ve also asked Auckland Transport to improve the parking signage and “businesses open” messaging (now in place – photo right).

As at 9 October AT has confirmed:

Waitematā Local Board’s feedback on the proposed Grafton parking changes is attached to the Auckland Transport monthly report on the agenda. 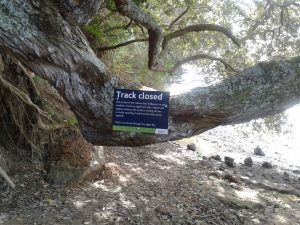 The Board has been looking to complete the Hobson Bay walkway for some time to take the route up to Pt Resolution. It is a project in the Pt Resolution Taurarua Development Plan however it is looking like it will be expensive and challenging to construct a suitable staircase at Pt Resolution.

In the meantime, the mudcrete walkway at the base of the cliffs has been poorly maintained and has suffered storm damage.

At our September meeting we considered a report from officers advising that the no exit section north of Awatea Road poses a health and safety risk due to slips.  We passed the following resolution.

We anticipate a temporary closure while options for completing the walkway are investigated. Any proposal will go out for public consultation. 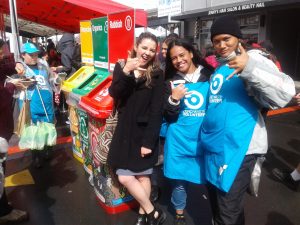 Festival Italiano organizer Alessandra  Zecchini has again done a tremendous job delivering a successful event in Newmarket (despite the challenge of spring weather).

I was delighted to speak at the opening on behalf of the Board (Attachment C) and to acknowledge the implementation of Zero Waste for the first time. I received a lot of positive feedback about this initiative.

I also spoke at the opening of Art Week (Attachment D)

Meetings and workshops: 11 September until 9 October 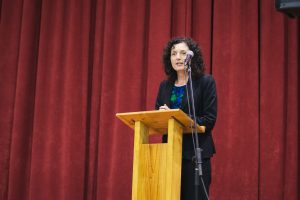 Events and functions:  11 September until 8 October 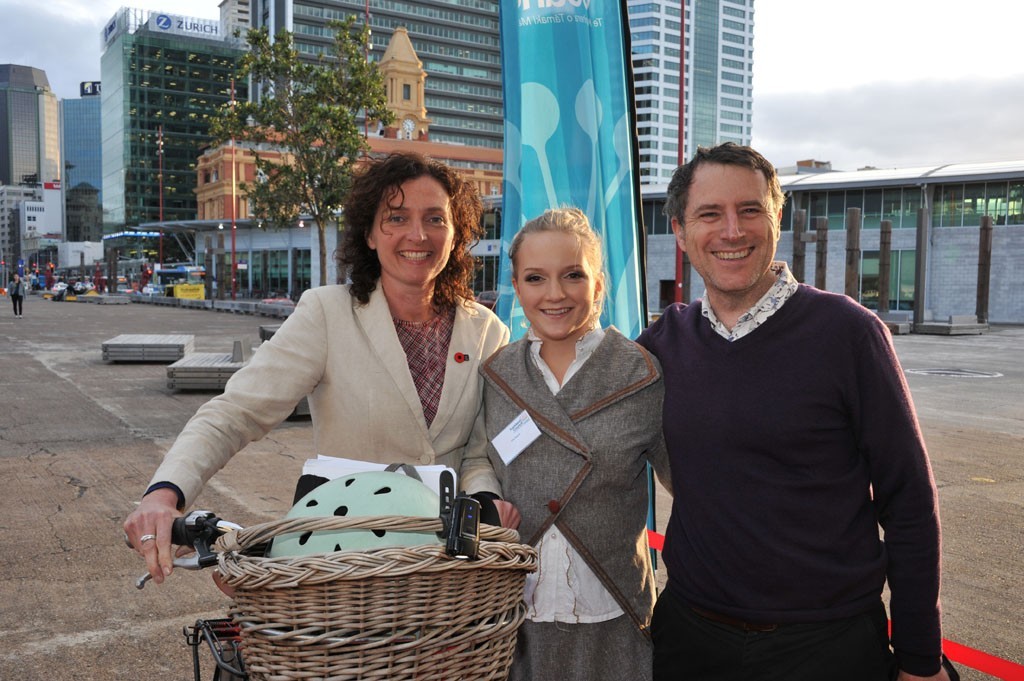 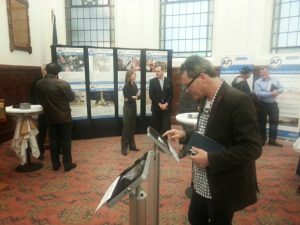