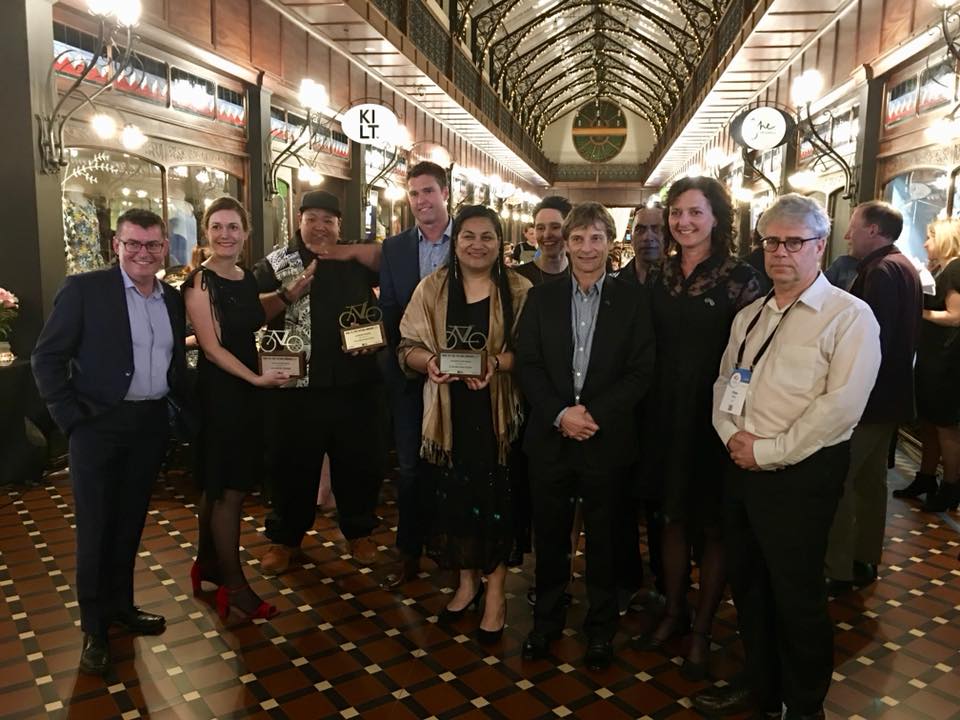 Every two years the Waitematā Local Board hosts the Good Citizen Awards first initiated in 2013 by Shale Chambers with great support from former member Tricia Reade.

The awards are the Board’s way of recognising community leaders and groups for going above and beyond for the benefit of the community and the environment. At our third Good Citizens’ Awards ceremony held last month we celebrated the huge contribution of volunteers and heard the amazing stories behind each of the nominations. We’re very privileged to have such fantastic individuals and groups out there doing good.

Awards were made in four categories – Children and Young People, Individual, Community Group, Special Award for Long Service to the Community – to a diverse range of recipients from across Waitematā. (Attachment One: Good Citizen Awards citations and photos for all the recipients) 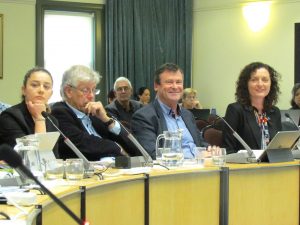 For the first time Local Boards are focusing on one priority advocacy project (referred to as an OLI – One Local Initiative) for inclusion in the 10 year budget that goes out for consultation in February 2017.  On 2 November all local boards were given 15 minutes to present their OLI to the Finance and Performance Committee. I was joined by Deputy Chair Shale Chambers, members Adriana Christie and Richard Northey presenting on 254 Ponsonby Road known as “Ponsonby Park”  (Attachment Two: presentation) 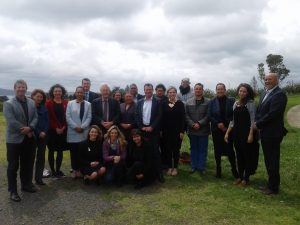 On 26 October Ngāti Whātua Ōrākei marae hosted the Waitemata Local Board. It was a great opportunity to strengthen our partnership and to hear about some of their aspirations and projects, and vice versa. Ngati Whatua showed us around the marae, and introduced us to some of their projects including the nursery and worm farm.

I was fortunate to attend the Congress as a presenter and judge of the Cycle Friendly Awards presented at the Congress dinner.  The Congress brought together excellent international speakers including the Dutch Cycling Embassy and local presenters. Attendees covered elected representatives, practitioners, researchers and advocates.

A key takeaway for me from the Congress is the importance of planning the places and streets we want that work for everyone rather than focusing on “cycling” for “cyclists”. The planning has to start with addressing the car and parking (“what really determines how cities look and move is their parking rules”).  A smart city is one that focuses on walkability and mobility to tackle challenging environmental and health issues.  As Steve Hoyts McBeth from Portland said there is “nothing more unsafe than a sedentary kid”

The presentation I gave with Christchurch Councillor Phil Clearwater  (Attachment Three: From the fringe to mainstream: the politics of gaining community support and delivering successful cycling infrastructure for the future) was part of a community engagement session where lessons were shared from the Island Bay Cycleway project in Wellington about the importance of bringing the community along on cycle projects that they can end up feeling proud about.

Interestingly just after the Congress a dockless bike share scheme started in Auckland with the arrival of 100 Onzo bikes. The company did not seek permission from Council or Auckland Transport before launching.

At the Congress we heard about the phenomenal growth of dockless bikes worldwide. Philip Darnton, Executive Director of the Bicycle Association, highlighted the benefits of getting more people riding but said we need to be aware that dockless bike companies are “not interested in transport just data.”

In Auckland concerns have been raised regarding the use of public facilities for parking the bikes and the potential for vandalism and dumping.

AT has since advised that NZTA has drafted a Code of Practice based on best practice from overseas cities, with the intention that it be adopted and modified by councils nationally to ensure that any bike share schemes that come to New Zealand, have bikes that remain maintained and do not obstruct the public realm.

The final work has been completed on Teed St with the installation of planting and street furniture. (Attachment Four: Newmarket Business Association media release).

I have been following up on potential Board support for promoting the completed upgrade to bring shoppers back to the area to support the businesses who have struggled through the construction period. 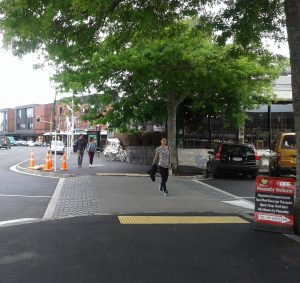 Night work was planned for 14-17 November to install line markings and the pedestrian refuges at Norfolk St and Angelsea St intersections that have been out of action for too long raising safety concerns.

“Everyone agrees the fault lies with AT and a ‘tick the box’ consultation process that left the mega transport body and businesses on a different page when a genuine partnership was needed”.

I have made the following comment on Facebook:  I agree with the Grey Lynn Business Association & retailers that there are issues with this project that need to be sorted out by AT. The sloping footpath and drainage needs to be fixed. I also don’t think the bus stop outside Nature baby is in the right place. The consultation process was undermined when AT went out for feedback during the election last year (the Waitemata Local Board strongly opposed this). AT has done a poor job communicating the need for the project and the final plans.

What I do support is the need for improvements to safety and accessibility for everyone. The project addresses years of complaints and issues that have been raised by locals. For example the parking outside Harvest has changed to allow for a pedestrian build out at the Warnock Street intersection (this narrows the distance to cross). There is a new zebra crossing in the village. The design will reduce speeds. The construction has been a difficult time and businesses are receiving support to make loss of income claims. The aim is to create a more pleasant and safe walking environment that is good for business that will bring benefits to West Lynn.

Four bus stops have been replaced by two new bus stops opening up new parking to serve all the businesses (three new parks across the road from Harvest, 10 new ones outside Oranga Tamariki, and more outside Cherry & White). With further changes coming to the parking restrictions there will end up being more short term parking.

Also to note that the project isn’t finished yet. It is work in progress. More changes might need to be made to the design if the improvements don’t work as intended, but it is too early to judge. In addition, there are further upgrades coming such as a new roundabout at the Peel Street intersection. Locals have been asked for this for many years.

[Note: since providing this update I have done a site visit with Auckland Transport to identify issues and confirm remedial action. Auckland Transport is now completing reviewing the design. Simon Wilson has written an excellent article about the issues for the Spinoff  The fiasco in West Lynn: how did Auckland Transport get a shopping village makeover so wrong?]

Resignation from Board triggers by-election

Mark Davey resigned from the Local Board on 16 October due to his escalating business interests. Mark has told board members he that he looks forward to seeing the continued good work the Waitemata Local Board does in the community.

Meetings and workshops: 9 October until 7 November

Events and functions:  9 October until 7 November 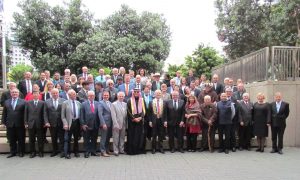