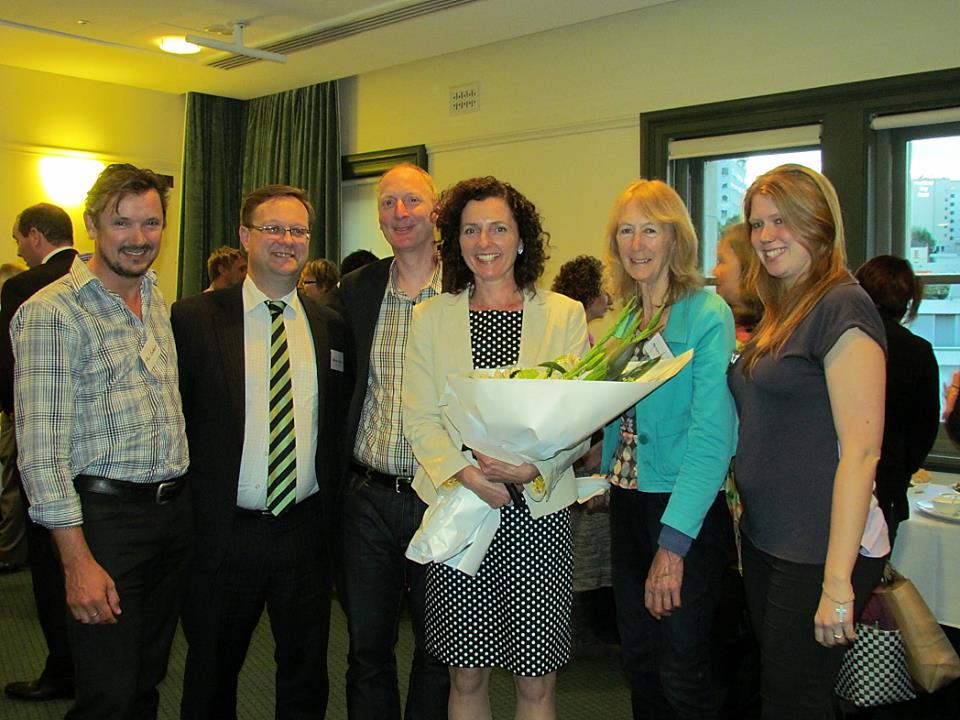 I was delighted to be re-elected to the Waitematā Local Board on 12 October 2013 and to be confirmed as Deputy Chair for another term at our inaugural meeting on 4 November.

My first Board report for this term covers my activities from 10 September including the final period of the first triennium of Auckland Council and the election period.

I look forward to continuing to work on the Transport portfolio (portfolio’s to be confirmed at our December Board meeting). There are some exciting projects underway in our area – Beach Road cycle lanes (photo from the Beach Road open day), the Sky path, Grafton Gully Cycleway, Waitematā safer routes scheme  and the Board’s Greenways project that we can look forward to seeing delivered over the next three 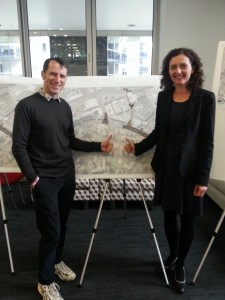 The feedback from Christopher and me is on Auckland Transport’s draft Cycling Business Plan is on this month’s agenda. We have raised a number of concerns regarding the draft plan and the failure of Auckland Transport to put forward an investment proposal to meet the Auckland Plan targets.

The Board’s Greenways Plan is now online. We heard in November that Auckland Transport are progressing the design work on our priority Greenway Route connecting Coxs Bay to the NW Cycleway via Grey Lynn Park with construction planned for 14/15 .

Work is also underway on an implementation plan for delivering the priority routes in the plan which will be on our February agenda.

During the election period the NZTA and Auckland Transport requested land owner consent from the Board to widen Great North Road into reserve land opposite MOTAT to provide for two lanes on to the motorway.  The Board has pushed back on the widening due to the lack of clear transport benefits and the need to remove mature pohutakawa trees. The plans have now been modified to retain the trees and incorporate cycling and walking improvements. Auckland Transport have given an undertaken that outstanding concerns are going to be addressed through the Great North Road Corridor Management Plan that has recently got underway.

Auckland Transport reports monthly on the issues progressed with the transport portfolio. The report is available on our agenda.

I hope to continue working on the Community Development portfolio for a second term. We are making good progress on a number of projects and initiatives (including the redevelopment of Pioneer Woman’s Hall as a community facility for inner city residents) however there are still a wide range of issues and community priorities that need to be addressed.

Meetings associated with the community development portfolio are listed below.

The Board’s Community Grant committee met on 2 September and recommended the allocation of grants for the first round of funding for 13/14. Grant application decisions totalling $24,601.60 were confirmed at our September Board meeting.

The Central Joint Funding Committee met on 20 September to allocate grants from the Accommodation Support Fund, the Community Group Assistance Fund and the Auckland City Cultural Heritage. These grants are allocated within the old Auckland City Council area by representatives of the relevant Boards. The minutes are available online.

I attended most of the four days of hearings in support of the submitters against the application for a Bunnings mega store development on Great North Road. Board chair, Shale Chambers addressed the hearing on behalf of the Board in opposition.

After hearing the evidence I thought the submitters had a really strong case based on the negative impact of the Bunning’s proposal.  It is a non-complying activity in a Mixed Use zone that abuts the Res 1 neighbourhood of Arch Hill. The scale of the activity is not intended under the district plan in a mixed use zone. I was therefore hugely disappointed that the commissioners granted Bunnings consent on 20 November.   I feel that residents have really been hugely let down by the process and are now faced with taking the fight to the Environment Court

The proposed Unitary Plan was notified on 30 September for public consultation. Feedback is open until 28 February 2014.

I attended the public open day at the Central library on 11 November including presentations on Sustainable Design and Universal Access. I also attended the briefing for all elected representatives on 19 November. The plan and key topic fact sheets are available online.

I had the opportunity to attend a workshop with Brent Toderian, the former Chief Planning Officer for Vancouver City Council. I heard about “gentle density” for the first time – a term that has now been adopted by Auckland Council planners.

Brent emphasised that it is not about height it is about how well you design it and that the emphasis must be on good design. The best thing you can do for density is have a high design standard. In Vancouver this translated into only accepting “excellent” design. He gave examples of how gentle density can be achieved.

In his presentation Brent focused on transportation issues. Key points:

In the period 10 September – 21 November I attended:

In the period from 10 September – 22 November  I attended the following events and functions: