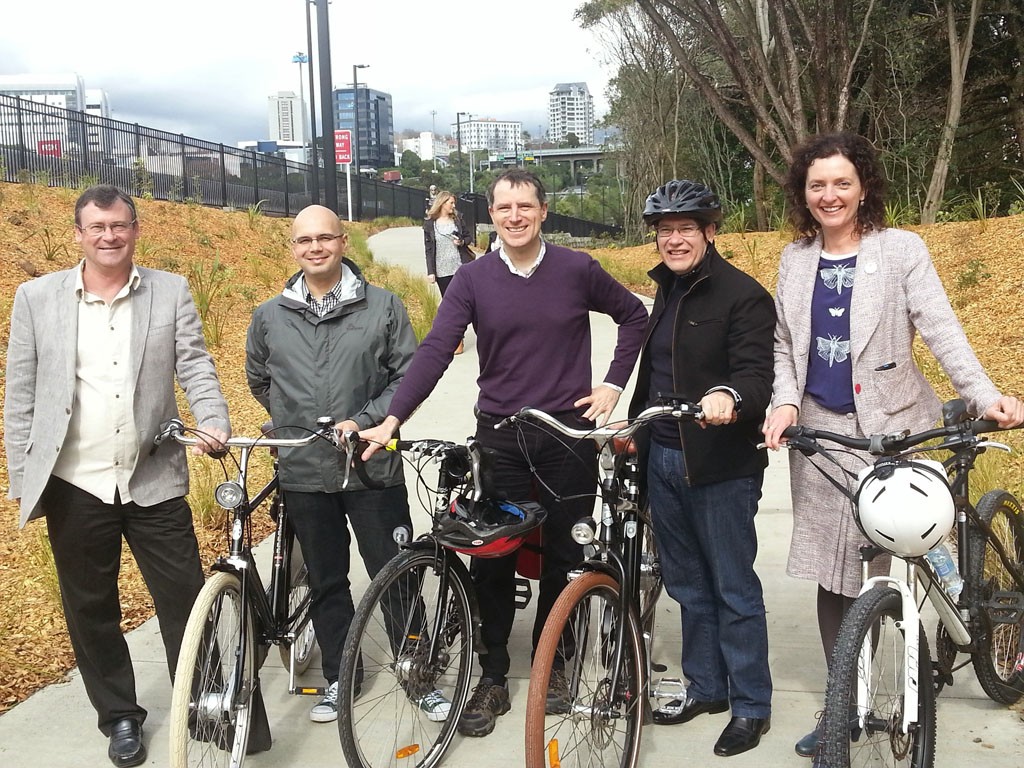 Auckland’s biggest ever cycle infrastructure project was opened yesterday (Saturday 6 September 2014) by Barb Cuthbert, Chair of Cycle Action Auckland, the PM and the Mayor Len Brown.  The Grafton Gully cycleway links the NW cycleway via Upper Queen Street Bridge to Quay Street via new separated cycle lanes on Beach Road.  Transport blog recorded the opening speeches. There were many people to thank and acknowledge for the successful completion of the project after many years work (much of it behind the scenes to keep the project alive)

I’ve never been so excited about a cycleway opening before. Grafton Gully sets a new standard for design, safety and connectivity. It is beautiful to ride and gives a glimpse of what should be possible across Auckland to make cycling pleasant and easy. I especially love how the route has opened up all the  long forgotten bush in the gully and provides a stunning view down to the Harbour (the Waitematā Local Board has plans for walking connections into Symonds St Cemetery which will open up even more of the native bush).

What was a bit lost in the applause for NZTA’s work on Grafton Gully was that Upper Queen Street Bridge (the removal of general traffic lanes and slip lanes to provide a new shared path)  and Auckland Transport’s Beach Road cycleway was also opened at the same time. The project teams have worked extraordinarily hard to coordinate the opening of all three sections and deserved far greater acknowledgement.

In March I reported that Auckland Transport was 6 months behind NZTA and that Upper Queen Street Bridge was not even at the design stage.  The Waitematā Local Board’s advocacy was instrumental in both projects being brought forward. We also funded the installation of a drinking station on the corner of Upper Queen Street and Ian McKinnon Drive ( a location suggested by Cycle Action Auckland).

I think we can now look forward to a fabulous summer of cycling in Auckland especially once Waterfront Auckland’s Westhaven Promenade opens later in the year.

UPDATE: As I have acknowledged in my September monthly report when I made my submission on the draft Government Policy Statement on Land Transport  I was convinced it was a waste of time however I was proved wrong – on 19 August  the Prime Minister John Key  announced $100 million in new funding to be made available over the next four years to accelerate cycleways in urban centres after a record breaking number of submissions were received on the GPS supporting cycling investment. It is proposed that an Urban Cycleway Investment Panel will investigate opportunities to invest in urban cycleways that would expand and improve the cycling network.

I made a quick submission yesterday on the draft GPS on Land Transport with one minute to spare before the consultation closed.

I was hoping to present a fuller case for investing in walking and cycling but ran out of time.  Thankfully I was able to draw on the submission from the On Yer Bike campaign  which encouraged  a record breaking 3,400 responses.  Sadly I don’t think submissions on the GPS will make any difference to the government’s crazy obsession with building uneconomic roads & motorways at the expense of all other transport modes but I wanted to join those demanding investment in cycling.

I am Deputy Chair of the Waitematā Local Board representing the central suburbs and city centre of Auckland of almost 80,000 people.  The latest census has demonstrated the benefits of investment in public transport and walking/cycling in the Waitematā read. Where people are provided choice in Auckland they are leaving their car at home.

The draft GPS does not reflect Aucklander’s demand for transport choice.  The draft Government Policy Statement proposes to spend well under 1% of the budget on walking and cycling.

I therefore request that the government allocate significantly more funding to PT and walking and cycling in the 2015 Government Policy Statement on land transport.

In particular I request that the budget for active transport is increased from $15-30 million per year to $45-90 million per year for the next 3 years with progressive increases after that. This is a small increase relative to the total budget of $3.5 billion per year, but would start to make a real difference for cycling. The NZ Transport Agency should take an active leadership role in improving cycling.

Auckland Transport’s surveys have indicated that almost 60% of Aucklanders would cycle if they felt safe. Completion of the Auckland Cycle Network would give people a viable choice about cycling and provide more people with access to PT.

A strong and continuing focus on economic growth and productivity

Internationally competitive cities are now recognising is that a good walking and cycling environment is a pre-condition for an economically healthy city. It means higher rents, increases property values and creates economic benefits.

For example, after a parking-protected bike lane was installed on Manhattan’s Ninth Avenue, all traffic-related injuries dropped 50 percent. Injuries to pedestrians dropped 29 percent and injuries to cyclists dropped 57 percent

Investment in cycling infrastructure represents excellent value for money. In the UK the average BCR is estimated to be 19:1 (and this is without factoring in all the possible environmental benefits such as the reduction in air pollution and the health benefits)

By providing transport choice the road system is less congested and provides for the movement of freight and the people and services that need to be on the road.

The roading investment as proposed in the draft GPS is low value for money.

I ask the Minster to consider the data from New Zealand and internationally and transport trends to finalise a GPS that is economically responsible, environmentally sustainable and will meet the transport requirements of  Aucklanders now and for future generations. 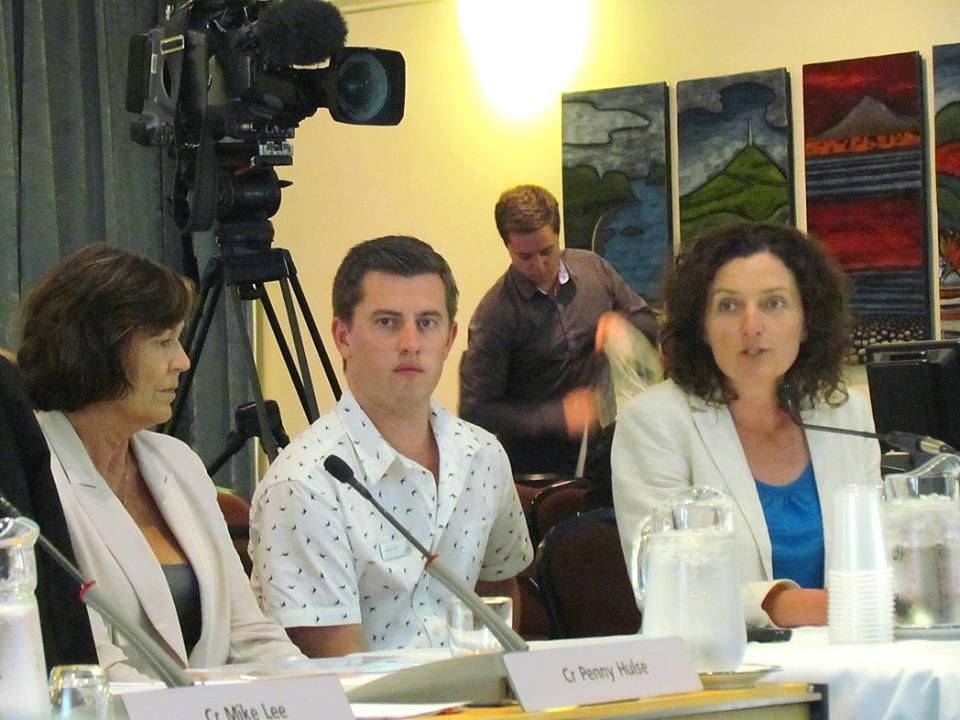 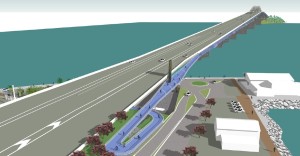 Yesterday’s Governing Body meeting was dominated by the censure of the Mayor. But also on the agenda was a very significant and exciting project that has strong public support. In a confidential session the council voted to move the project to the next phase allowing council officers to work towards a formal agreement with the Skypath trust and their backers.

The Skypath presentation is available here including details of the proposed construction and a range of  impressive design images . Ben from Cycle Action Auckland also spoke in support of the project and highlighted that it is a critical link for walking and cycling.  More details on how the path will connect at each end on Transport Blog.

I had a last minute call up to speak on behalf of the Waitemata Local Board (standing in for our Chair Shale Chambers who waited 3 hours to speak) to confirm the backing of the Board.

I noted the Board’s long term support for the project which is included in our Local Board Plan and emphasised that we are now keen to move on to the details which will address the concerns raised by the resident associations. There is no doubt that it is a transformational project that has the Board’s full support to be taken forward to the next stage.

Congratulations to everyone who has worked so hard to get to the project to this point in particular Bevan Woodward from the Skypath Trust. 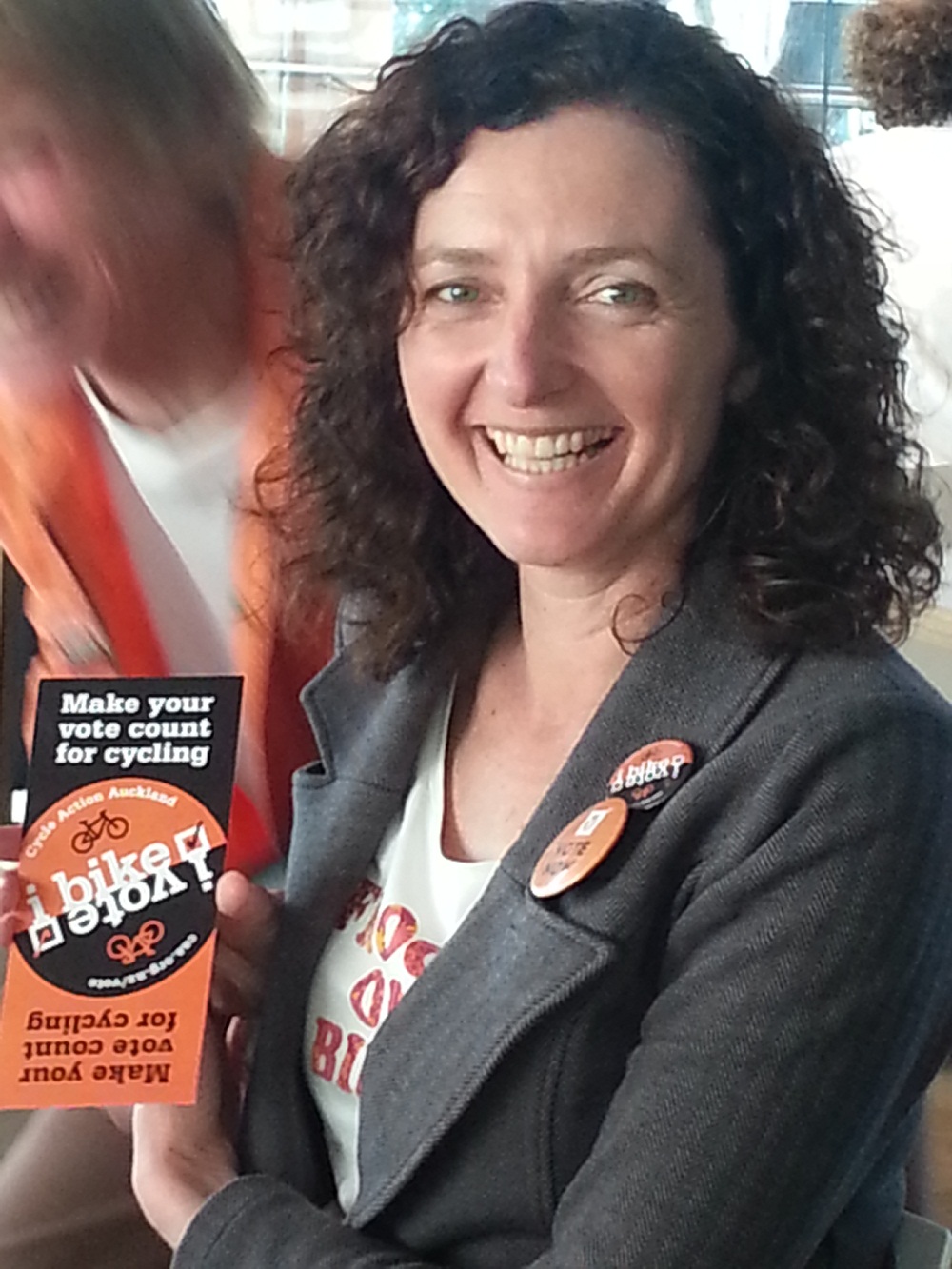 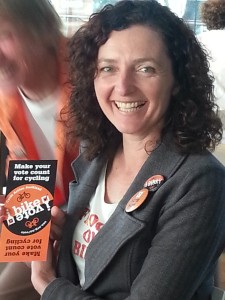 Make your vote count for cycling

I completed the local board candidate survey and scored an A!

All the score cards available here.

(Ok I appreciate it would be a bit sad if a cycling advocate was not able to score an A!)