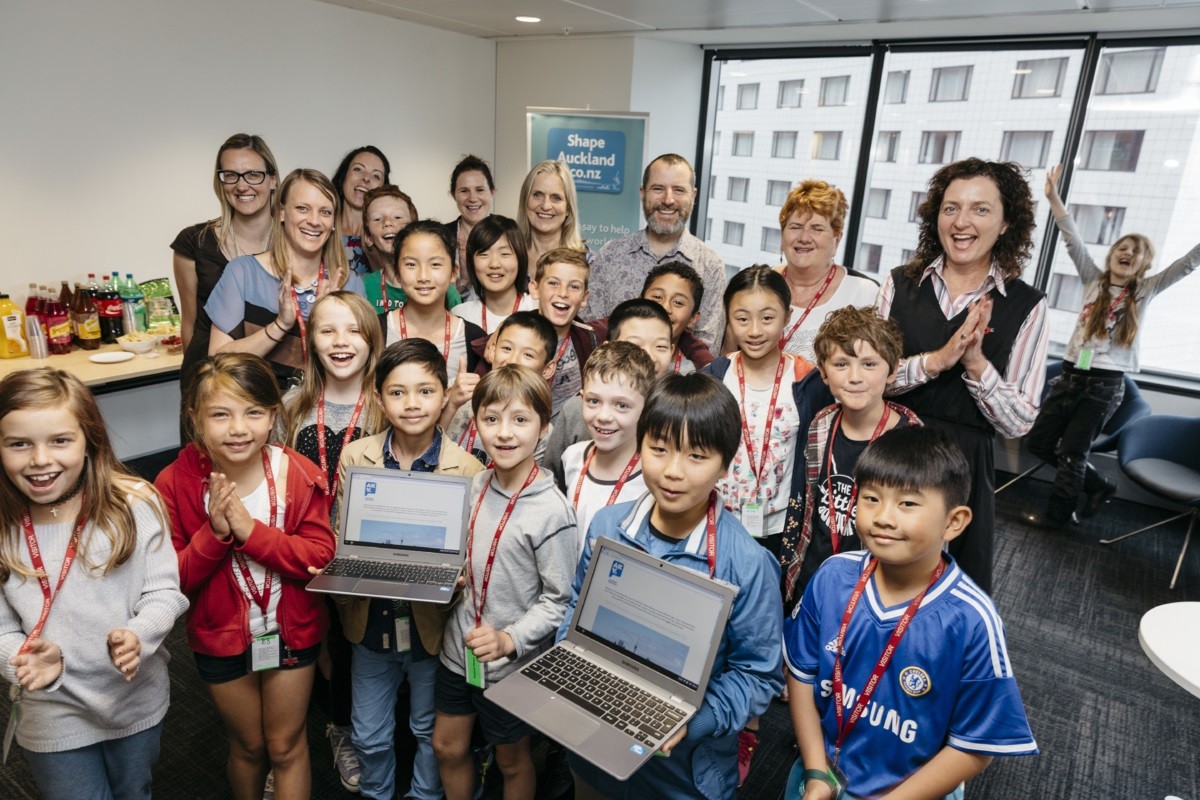 This report covers my Waitematā Local Board activities from 1 November until 5 December 2015 as Deputy Chair, lead for the Community and Transport portfolios, and Chair of the Grants Committee, and with positions on the Ponsonby Business Association Board and Ponsonby Community Centre Committee and Board liaison for the Parnell Community Centre.  I was also acting chair from 15 – 19 November.

This is my final report for 2015. Many thanks to everyone who supports the work of the Board during the year. 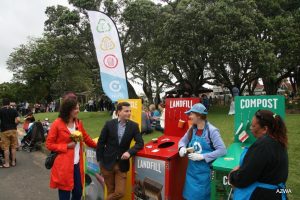 Parnell Festival of Roses on 15 November

Congratulations to the team who delivered an outstanding community-focused Parnell Festival of Roses this year (the festival is now in its 22nd year).  I was particularly impressed to hear that the festival broke zero waste records. It is the most sustainable event in terms of zero waste since Auckland Zero Waste Alliance’s Zero Waste Event Project started operating in 2013 achieving a diversion from landfill of 98%.  90% of the event’s waste was composted, and another 8% recycled. Only 2% of the waste generated went to landfill.

The launch of the Auckland Kids Voice website by Freeman’s Bay School was held on 11 November at Auckland Council. The website is a Think Big project developed by the school with funding from the Waitematā Local Board earmarked for youth initiatives as part of being a UNICEF Child Friendly City.

The website includes an adult survey form adapted by the school students for kids to be able to give local feedback on Auckland Transport’s New Network bus consultation.  The project was recognised in a NZ Herald article Inner City youngsters have region’s interests at heart

Thanks to everyone who made this project happen.

Waitematā is the first Local Board to launch a community low carbon action plan. The plan came out of community concern about the lack of action on climate change that led to the Board in 2011 committing to develop a localised plan for reducing emissions that will focus on reducing energy use, sustainable transport options, waste reduction, local food production and more effective and cooperative use of resources and land. I acknowledge the work of the Natural Environment Portfolio team (members Deborah Yates and Rob Thomas) who have seen through the project this term.

On Wednesday 4 November the plan and a Low Carbon Community Network was launched by the Board at the Auckland Museum.  The network is intended as a loose collaboration of all those interested in climate change and forging a low carbon community. The Board aims to make the most of sharing the considerable ideas, news and events which make up our collective local knowledge.

At the launch the Museum’s Director of Corporate Services Les Fleming (pictured below with board members) described the huge success they have had in reducing their carbon footprint and took attendees on the roof to see the solar array which is contributing to their effort.

On 17 November consultation started on the proposal by Auckland Transport and the Waitematā Local Board to make Ponsonby Road more visually attractive and pedestrian-friendly through improvements to 8 side streets between Franklin Road and Williamson Ave.  Additional improvements for Mackelvie Street include a new central island with plantings and an additional raised table. Depending on the preferred design the improvements will result in the addition of between 8 – 12 on street car parks, a new pedestrian refuge for crossing Ponsonby Road and new street furniture.

The improvements are funded from the Waitematā Local Board transport capital expenditure fund to support delivery of the Ponsonby Road Plan.

I’ve previously reported on the 2 year battle the Board had with Auckland Transport to achieve a pedestrian friendly design so it is great to see this project progress.

Consultation is open until 7 December.

Auckland Transport has made unnecessarily difficult work of proposals for transport changes at the Grey Lynn shops.  Auckland Transport failed to appreciate the impact of their original proposals (that started out as a project to just relocate one bus stop and improve the safety of two more in the town centre), didn’t develop a consultation plan with the Local Board and didn’t respond adequately to issues raised by the local business community.

It is unfortunate because there are many positive aspects of the revised project (following initial community feedback) that Auckland Transport started consultation on in early November.  The new proposals include a new pedestrian crossing, relocation of a loading zone and revised changes to bus stops in the town centre, as well as the installation of  traffic calming treatments on Prime Rd and Selbourne St. The changes aim to improve pedestrian safety, create a more pedestrian-friendly environment, and improve the operation of bus services.  Importantly it is no longer proposed to remove a loading zone and substantial on street parking which was the focus of original concerns about the project.

On my request the feedback period was extended by 2 weeks (until 9 December) following the Surrey Cres working group raising concerns about the timeframe and extent of the consultation.

Update on the berm planting guidelines 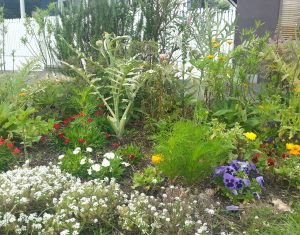 I have therefore written to the CEO of Auckland Transport bringing his attention to the flawed process his senior managers are pursuing with regards to the berm planting guidelines and to ask that he takes action to ensure the guidelines are only finalised after AT has sought the input of Local Board services as requested (by Waitemata and many other Boards).

In ignoring the request for further input from Local Board Services AT is failing to recognise the Local Board’s placemaking role and desire to work with the community on this issue.  AT is also acting contrary to the governance structure and engagement agreement with Local Boards. The current process proposed by AT is unacceptable and is likely to lead to Local Boards having no choice but to draft our own guidelines together with the community.

The results of  Auckland Transport’s consultation on the Freemans Bay Residential Parking Scheme showed 59% overall support (78% support from residents).  However AT advised the Freemans Bay Residents Association that further consultation may be necessary due to the low response rate  (2439 letter sent out, 305 responses received). This led to over 140 emails from concerned residents to Board members asking that the scheme be implemented as soon as possible. I assisted the chair in drafting the following response to Freemans Bay residents:

Thank you for your email and for showing your support for the Freemans Bay Residential Parking Scheme. The Waitematā Local Board is very concerned about the ongoing parking issues in Freemans Bay.

We have asked Auckland Transport (AT) to implement the scheme as soon as possible.

One of our key advocacy areas in our Local Board Agreement 2015/16 is Auckland Transport to implement the residential parking zone scheme to manage commuter parking in central Auckland suburbs following consultation with residents.

On 3 November Auckland Transport’s parking team briefed Local Board members on their analysis of the consultation feedback. Although AT advised that they are satisfied they carried out a robust and thorough consultation process, the AT parking team raised with the Board their concern about the low response rate from residents and whether this might require further directed consultation such as door to door enquiries to ensure residents understand and support the scheme.

However we confirmed with AT that we do not think there is any reason to delay the implementation or undertake further consultation given the level of support at the public meeting we attended and that a low response rate is to be expected when the majority are favourable to a proposal.

I, on behalf of the Board, have therefore given AT a very clear direction of the Board’s support for the scheme which has also been backed up by the many positive messages of support, including your own, that we have received from residents.

The parking team confirmed that they will be recommending this month to the Auckland Transport Executive (the final decision maker) that the implementation of the scheme goes ahead based on the consultation results and the support of the Waitematā Local Board. AT have undertaken to get back to the Board with an implementation plan very shortly.

At our November Board meeting we also directed Auckland Transport to implement the scheme as soon as possible (thanks to the Freemans Bay Residents Association for supporting this work and attending the meeting).   AT has now confirmed implementation will take place in March 2016.

Applications for the Quick Response Round Two 2015- 2016 were considered at the Community Grants Committee meeting on 2 December. 17 applications totally $36,622.00 were received for a remaining grants fund of $53,298.58.

Details of the applications and the committee’s decision is available on the Council website under agenda and minutes. 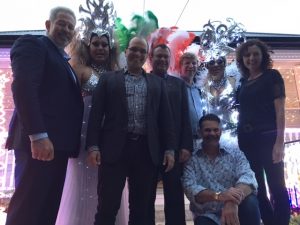 The annual switch on of the Franklin Road lights took place on 1 December. This is a very special community event that the Board supports with a grant for the opening night celebrations and additional waste services.

Thanks to the organiser Roscoe Thorby who is to be congratulated on a fantastic opening night with record crowds and special guests Buckwheat and Tess.

The Nelson St cycleway and Canada St bridge opened on 3 December by Hon Simon Bridges. It is fantastic to see this cycleway project progress so quickly since receiving funding from the Urban Cycleway Investment fund. It is the most exciting and interesting cycling project happening in New Zealand if not the world right now. The magenta colour, lighting installation and clever repurposing of a disused motorway off ramp are sure to be award winning and a huge visitor attraction.