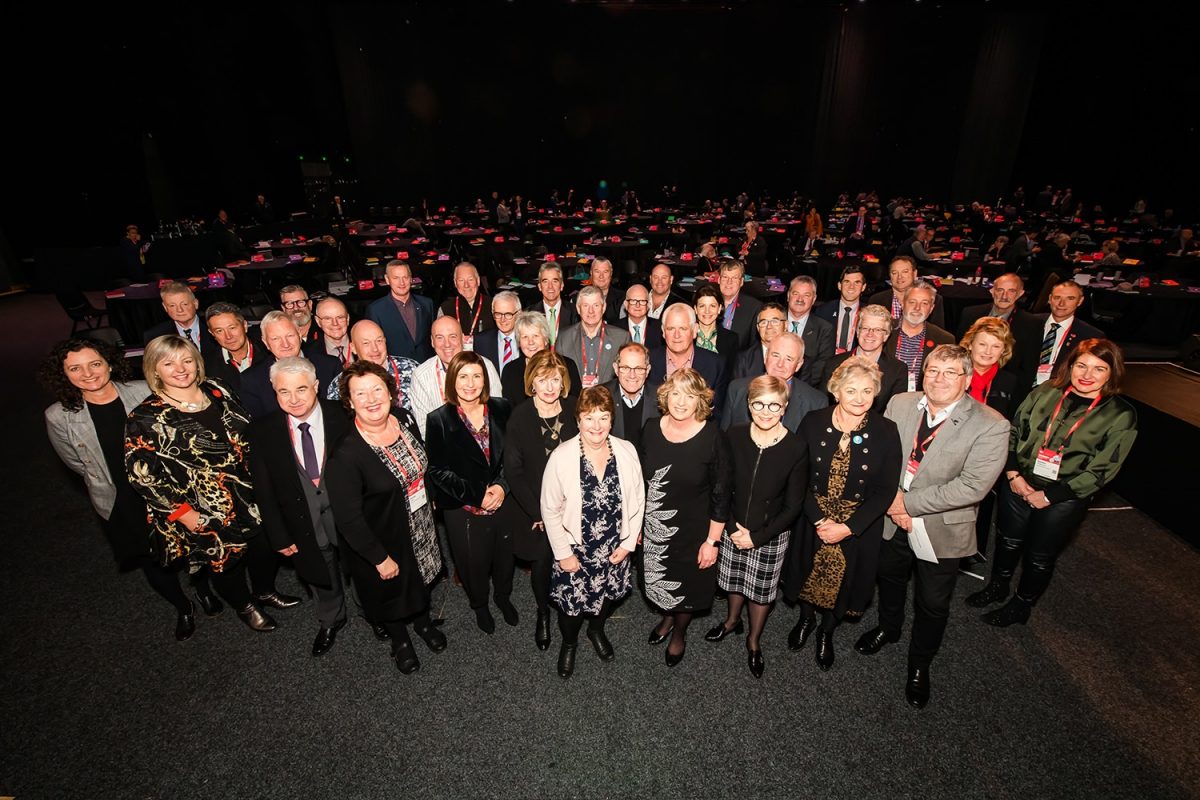 This is my penultimate monthly report after almost 9 years on the Waitematā Local Board.

It covers the highlights for the period 9 July until 12 August 2019. It is on the agenda for the local board business meeting held on 20 August 2019. 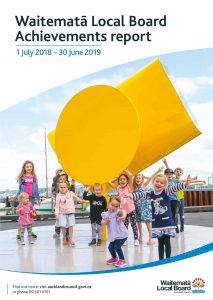 Every financial year the Waitematā Local Board produces a summary of achievements from the year. Thanks to Shale Chambers initiating an Achievements Report in 2011 we are the only Local Board to have published a report each year.

The Achievements Report contains summaries of projects and initiatives completed over the past year with the help and support of a wider range of community members, stakeholders, iwi partners, staff and volunteers. The 2018/19 report has been printed and is now online.

I attended the annual Local Government New Zealand (LGNZ) conference in Wellington 7-9 July as a LGNZ National Council member representing local boards and as one of four Auckland Council delegates to the AGM.

The 2019 conference theme “Riding the localism wave: Putting communities in charge” was focused on communities and empowering them to take charge of their social, economic, environmental and culture well-being through localism.

My conference report back at Attachment 1 to my report.

The Waitematā Local Board has been a long time champion for the pedestrianisation of Queen St. It is an advocacy position in the Local Board Plan 2017.  It has also been prioritised in the Auckland City Centre Advisory Board supported work programme funded by the targeted rate.

On July 26 Mayor Goff announced that High St is moving towards pedestrianisation with the start of “tactical urbanism” trials like pocket parks before construction gets underway.

As the Federal St contra flow cycle lane has shown (marked out with planter boxes and paint) we know that tactical urbansim works. With the massive growth in users of e-bikes and e-scooters and ever congested footpaths that must be prioritized for feet we just need to get on with more trials and temporary bike lanes to create a safe network for everyone.

Plastic Free July heralded in some lasting changes that are going to have an impact including the Local Board supported ban on single use plastic bags.

One of my favs is making use of refill stations. Auckland Council has joined the ‘refillution’ with selected libraries and all pools and leisure centres registering as official ‘RefillNZ Stations’. In Waitematā we’ve also been working on installing drinking fountains at playgrounds and in plazasso it is never necessary to buy plastic water bottles. 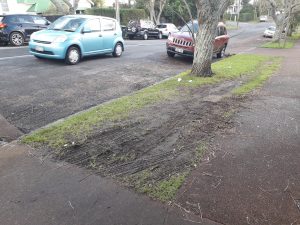 As I reported last month, I spoke at the Local Government New Zealand AGM  in support of a remit seeking a change to the berm parking rules.

The kerbed area of the footpath sitting between the pavement and road that is often planted with grass and trees is known as the “berm”.  In the urban areas of Auckland it is a long standing custom that this area is not for parking vehicles except in emergencies.  It is a recognised as an extension of the paved footpath where kids walk to school in bare feet on hot days.  Parking on the berm can cause damage to underground utilities,  damage to trees and creates safety issues for pedestrians and drivers.

Unfortunately Auckland Transport has taken the position that berm parking is not an enforceable offence unless “no parking” signage is in place.  This is non-sensical when applied to the hundreds of kilometres of urban roads with berms that need to be kept clear for pedestrians.  Nor is it desirable or cost effective to install signage especially in areas where the berm is a long-accepted part of the footpath.

Until recently I have supported Auckland Transport’s recommendation that a rule change is required to remove the requirement for signage.  However more recently I have reviewed the relevant provisions myself. I’ve come to the view that all the necessary rules are already in place and it is just a matter of Auckland Transport taking a firm position that berm parking is not acceptable where the berm is clearly part of the footpath.  I am not proposing a sweeping berm parking “ban”. I would just like Auckland Transport to act on complaints, under the existing rules, where parking on the berm is happening to avoid on street parking charges, causing a safety issue or damaging public property. 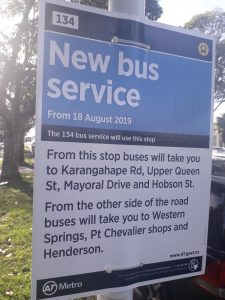 Return of a bus service to Williamson Ave

Thanks to a campaign led by Sophia Fiossetti and with the support of Waitematā Local Board, Auckland Transport has agreed to re-instate a bus service on Williamson Ave from 18 August 2019.

I’ve organised an event with Sophia to celebrate the first No.134 bus from Henderson to be re-routed from Great North Road.

Lighting is coming to the Victoria Park underpass. This is a project I’ve been working away at for some time so really delighted that we’ve finally secured the budget and the installation is underway. Once the Daldy St upgrade opens we’ll have a safe, smooth and attractive pathway from Ponsonby Road to Wynyard Quarter via Franklin Road.

Work on the Karangahape Road Enhancements project got underway on 29 July.  It coincided with the release of the annual cycling data showing that cycling numbers have grow. by 8.9 per cent in a year. 3.77 million cycle movements were recorded for the year of July 2018 to June 2019, an increase of 8.9 per cent on the previous 12 months.

The winter weather is also not stopping people riding.  Across 26 Auckland Transport cycle counters, 272,000 cycle movements were recorded in June 2019, an increase of 16.7 per cent when compared to June 2018.

In November 2018 I was invited by a Marist Primary mum on the school run to see just how tricky it was to walk, scoot and cycle to school because of the lack of a safe crossing. Thanks to her lobbying, support from the school and the Waitematā Local Board, Auckland Transport has installed a zebra crossing outside the school gate.

I was invited back again on the morning of 4 August to see what a difference the new crossing on Kelmarna Ave has made to ensuring a safe journey to school.

An enthusiastic group of locals showed up at a community planting day on 10 August organised by park designers Mark van Kaahoven and Tony Murrell and the Freemans Bay Residents Association. 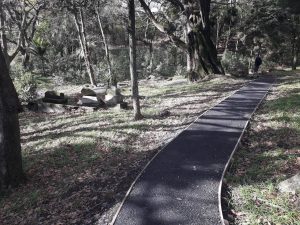 New paths in the Catholic section of the cemetery funded by the local board are almost complete including new steps to the Grafton Gully shared path. 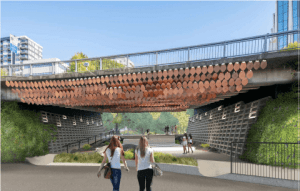 At our July business meeting the Waitematā Local Board endorsed the  preferred concept design for stage two of the Myers Park project – Mayoral Drive underpass, which maintains above ground storage of stormwater, to progress to the developed design phase.

The allocation of $1.85 million additional funding from the city centre targeted rate to the Myers Park stage two project was supported by the Auckland City Centre Advisory Board to enable this long standing project to move forward.   The local board has been working to improve the underpass and open up the connection to Myers Park since before the Rugby World Cup 2011 when it was on the Fan Trail route so it is great to see progress.

The Franklin Road Christmas Lights, the Farmers Santa Parade and Auckland International Buskers Festival will all receive support from the local board to carry out their events this year.  At the Local Board meeting in July we allocated a total of $73,813.09 for community events. Our Auckland reported on Community events get support from Waitemata Local Board Another recent article covered other Local Board priorities for 19/20 Parks, arts and community prioritised by the Waitemata Local Board.