With voting starting today in Auckland’s first Supercity election, it is hard not to feel positive about the prospects for a progressive Council led by Mayor Len Brown.  It all depends on getting people out to vote – this is hard in a postal ballot when most people under 30 have never used snail mail and voters generally being very apathetic about local government elections (only 38% voted last time).

The City Vision team has been working hard getting the message out there to vote and sharing our vision for Auckland. Our values and policies are clear. We believe in public ownership, major public transport improvements, and giving real powers to local boards.

I’m impressed with all our candidates. They are real, hard-working community campaigners with a strong track record of service to ratepayers and our communities. 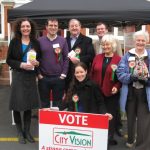 Campaigning with the City Vision Waitemata Local Board team and Mike Lee has been fun.   I’ve particularly enjoyed the candidates meetings. Last week we were invited to meetings in Parnell and Grey Lynn (hosted by Grey Lynn 2030) and today St Stephen’s church hosted a meeting with local personality John Elliott as chair.

At the Parnell meeting Hinu Te Hau spoke eloquently on behalf of the C&R team.  However, it was clear something was up the next night in Grey Lynn as Hinu was clearly frustrated with the poor showing from her team. One C&R candidate arriving direct from the supermarket apologized for wearing his motorcycle jacket because he didn’t realize he was going to be at the meeting until he got called up! Two days later Hinu took the unprecedented step of deserting the old boys to stand as an independent in support of Tenby Powell. 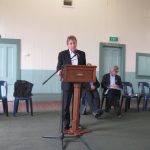 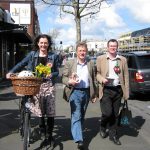 At each meeting Mike Lee has shone as the man to be the Waitemata and Gulf ward’s first councillor. The other big guns, Tenby and Alex are very likeable and have many valid ideas but Mike clearly has the experience and track record of public service that make him ideal to take a leadership role in the new Auckland Council.

The future of Auckland is at stake – please vote.

Labour team for Tamaki Local Board