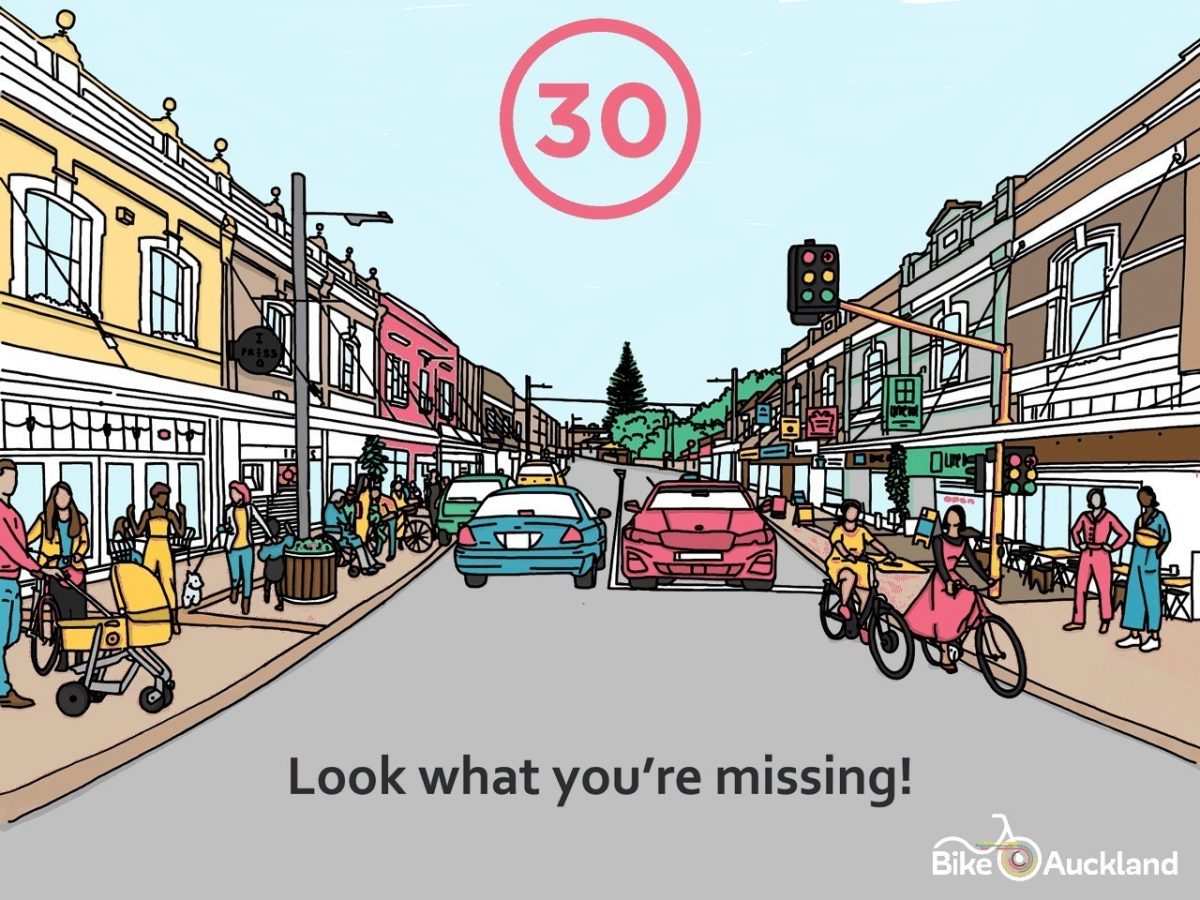 In uniting against Covid-19, Aucklanders stayed home, stayed safe and went out of their way to be kind.  Local trips during lockdown for exercise and essential travel were on relatively quiet, stress-free roads. Low traffic volumes allowed Aucklanders to reclaim their neighbourhoods and gave many the confidence to take to walking and cycling.

We have an opportunity to embed this kindness into our collective culture; and extend it to our behaviour behind the wheel. The changes coming on 30 June 2020 will make for permanently safer streets for everyone and build on the enthusiasm for active transport.

On this day Auckland Transport will roll-out safe new speed limits around the region designed to stop people being killed or seriously injured on our roads. In the first phase, more than 600 self-explaining and high-risk roads will have new and safe speed limits.

From 30 June 2020, most of Auckland’s city centre will have a speed limit of 30km/h (the current 10km/h combined pedestrian and vehicle zones will remain). Speed limits on Hobson, Fanshawe and Nelson streets will be reduced to 40km/h instead of 30km/h. In addition, AT will implement engineering treatments on these arterials to protect vulnerable road users like people walking and cycling.

Slower speeds in the city centre will create a safer environment for everyone and complement the initiatives already underway to create a people focused city centre.  Auckland is falling into line with international best practice and joining communities aspiring to a transport system where nobody dies if someone stuffs up.

Setting safe speeds is one the quickest and cost-effective ways to reduce deaths and serious injuries on our roads.

This was a major milestone that I had worked towards with many other road safety advocates advocates including Living Streets Aotearoa, Bike Auckland, Brake NZ the road safety charity and NZ School Speeds.  Sweden may have followed a fatally misguided response to Covid-19 but when it comes to a different kind of crisis Sweden’s Vision Zero road safety strategy, first introduced in 1995, has proved successful as a pathway towards eliminating road trauma. Vision Zero is an ethics-based approach that puts human life ahead of any other benefits and has now been adopted around the world.

Road crashes will happen but what we need to do is to make them “survivable” when people inevitably make mistakes. Survivable means that people involved in a crash should be able to walk away rather than be carried away by first responders.

No matter what causes a crash, speed is the undeniable factor in whether a crash is likely to occur and whether it kills or seriously injures those involved.   Evidence also shows that for every additional kilometre of speed, the chances of getting involved in a fatal crash are at least four times greater.

Speed limit reductions are only one part of a package of measures that what will make our neighbourhoods more liveable, equitable, healthy and safe. We need to continue investment in road safety treatments, driver education that entrenches a “be kind” approach to everyone on the road and walking and cycling infrastructure to incentivise choosing active transport

30 June is an important date for Auckland. It marks the next stage of our journey to making our roads and streets kinder and safer for everyone.

A version of this article appeared in the July Ponsonby News