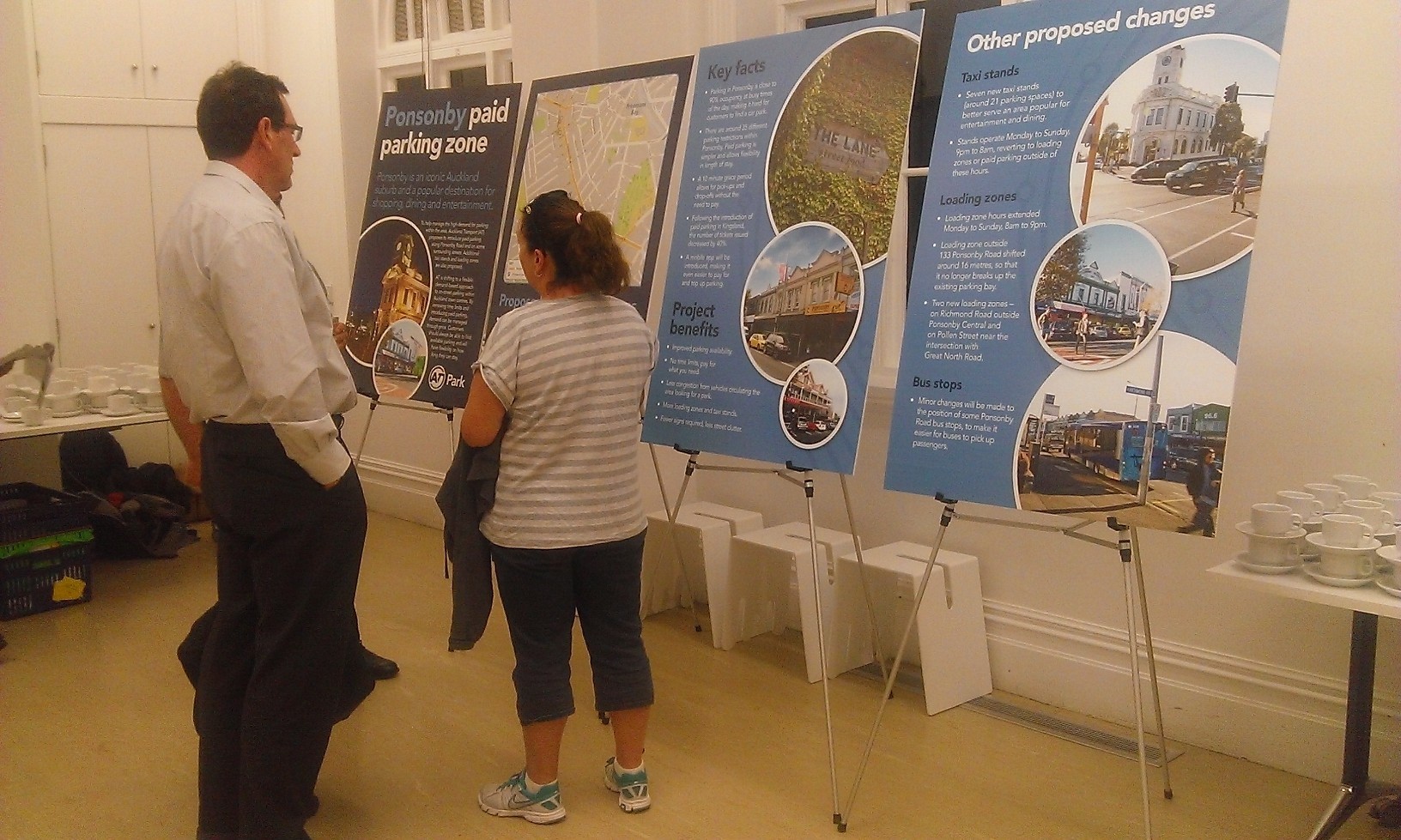 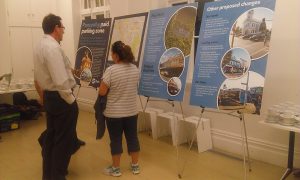 Auckland Transport also advised that they are still intending to use Licence Plate Recognition camera enforcement in the residential parking zones. This should allow them to provide an effective compliance monitoring without increasing staff numbers. (photo – Auckland Transport’s parking open day at Studio One)

More good news – we now have visitor bike parking installed at our new Local Board office on Swanson Street. 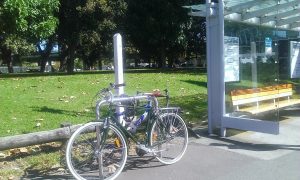 And more- Auckland Transport has confirmed that bike parking will be included in the design of new bus stops at Fanshawe Street by Victoria Park. This follows a saga over many years to get bike stands put in place for people commuting to the North Shore.

Four stands suddenly appeared a few months ago and then three of those stands disappeared. No one in Auckland Transport would take responsibility and the response from the bus team was that bike parking was not needed.

Fortunately we got there in the end with assistance from the parks portfolio. (Photo above – remaining one bike stand that is about to be replaced) 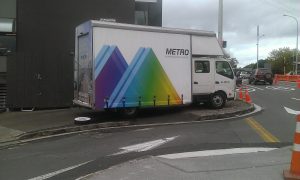 I have raised with Auckland Transport the issue of increased parking on the footpath in the commercial areas of Ponsonby and Grey Lynn.

It is particularly prolific at the Ponsonby Rd end of Williamson Ave.   Auckland Transport is unfortunately not helping by undertaking footpath renewals & consenting traffic plans for developments that add big expanses of inviting concrete for parking rather than creating a pleasant walking environment (for example by including tree pits and greening ).  It is likely to get worse once the Ponsonby paid parking zone and residential scheme is in place.

I have received the following response from the parking team at Auckland Transport:

I have discussed this with our Compliance Manager and we will ensure parking officers are looking out for illegal footpath parking in Ponsonby. We have three enforcement areas along Ponsonby Road which are covered by three officers. In the weekends this drops to two officers across the same area. We will look at whether we need to commit some additional resources in this area, especially in light of increased coverage of restrictions. 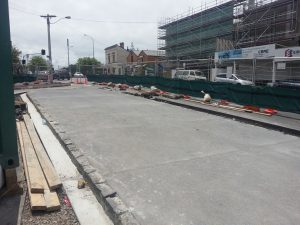 We will be approaching the Ministry of Transport later this year regarding increasing overstay infringement fines and I will raise the issue of footpath parking fines.

Auckland Transport’s response (6 April) to the ongoing issue of car transporters unlawfully unloading on Great North Road.  This is a particular concern for parents at Newton School. 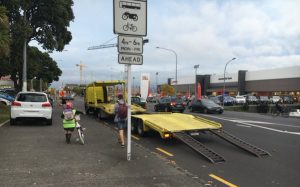 I have discussed this at length with our head of parking compliance and if an officer is present, that officer will undertake an assessment on a case by case basis to determine a suitable and safe means to disembark the vehicles at the location the transporter sits or an agreed nearby location. Issuance is one tool that we use and we are very conscious of the Health & Safety risks posed by these transporters.

The more permanent solution instigated in response to perceived victimisation based on infringement issuance was undertaken in September/October in consultation with a number of the Car yards on Great North Road and one of the Transporter firms.  This more permanent solution involves the creation of another Loading Zone on Great North Road that provides a solid and safe option to support transporter deliveries.

The Loading zone implementation is in consultation now and we can discuss that further as required.

Unfortunately anyone who is following Tina Plunkett on twitter will know this dangerous practice continues on a daily basis.