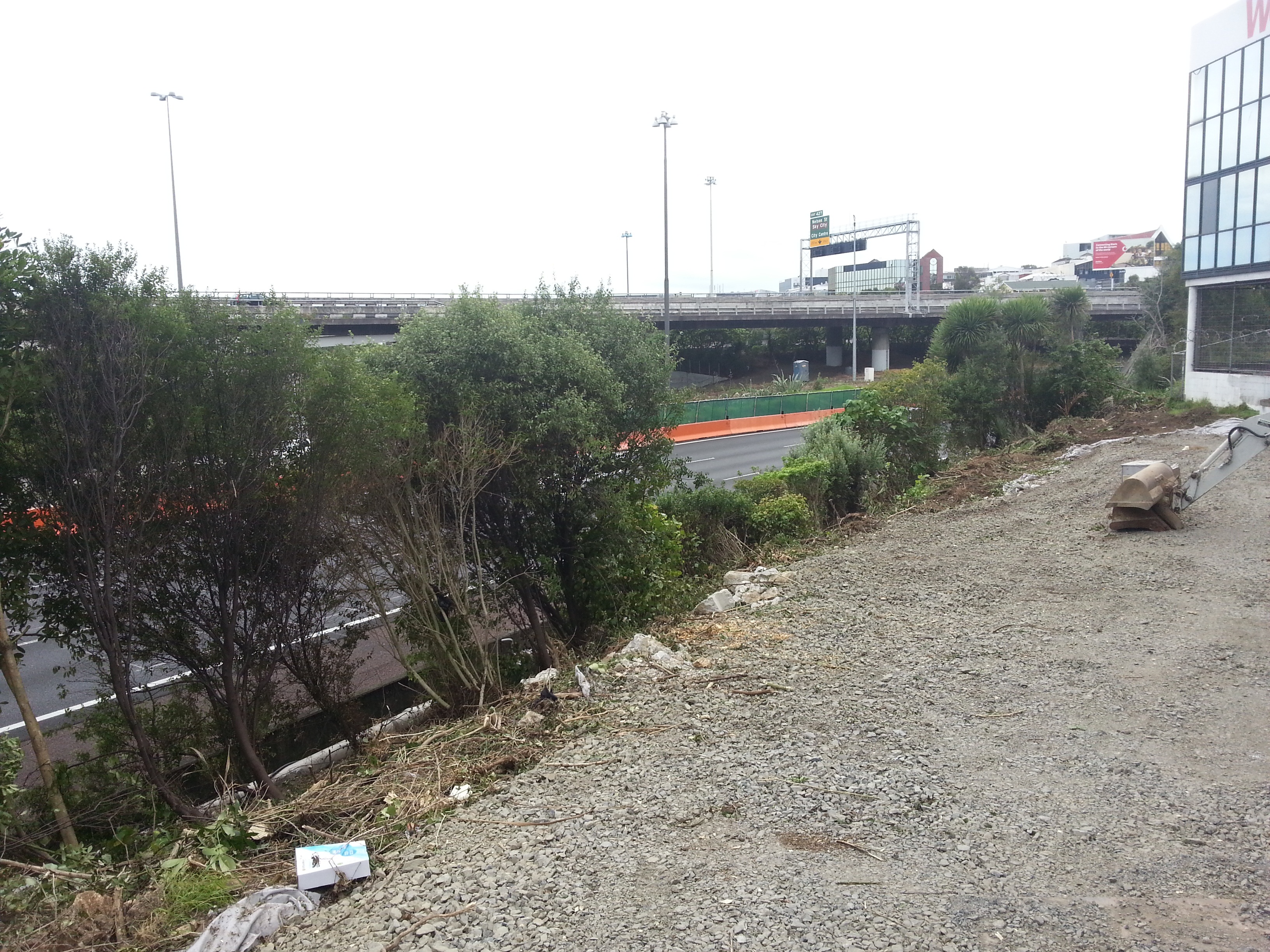 Aucklanders are going to be blown away by the cycling project that got started on 23 April.  The Nelson Street cycleway will provide an off road connection from where the Grafton Gully cycleway exists on Upper Queen Street all the way to the waterfront via a bridge connecting Canada St with the old Nelson Street motorway off- ramp and a new separated cycleway down Nelson Street.  We are not far off being able to circle the city by bike. Can’t wait! 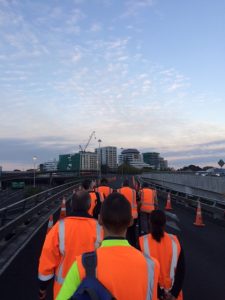 A dawn blessing has marked the start of work on the Nelson Street Cycle Route.

The Nelson Street Cycle Route will link Upper Queen Street to Quay Street via the disused off-ramp and connect to the north-western and Grafton Gully cycleways, providing easier and safer access to and from the city centre. 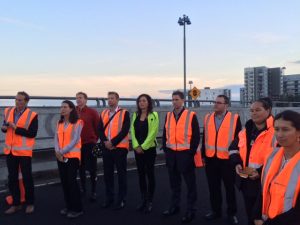 Phase one will see the construction of a bridge from Canada Street, connecting with the old Nelson Street motorway off-ramp and continuing as a separated two-way cycle path along the western side of Nelson Street to Victoria Street.

Construction of the bridge is first to get underway.  It will be built off-site and when completed will be put in place overnight.

Phase two will extend the separated cycle path from Victoria Street down to Quay Street and will also provide a link along Pitt Street to join Karangahape Road and Union Street.

Construction of the cycleway from Canada Street to Union Street will be undertaken by Hawkins Construction. The completion of Phase one to Victoria Street is expected late this year and phase two by the middle of next year.