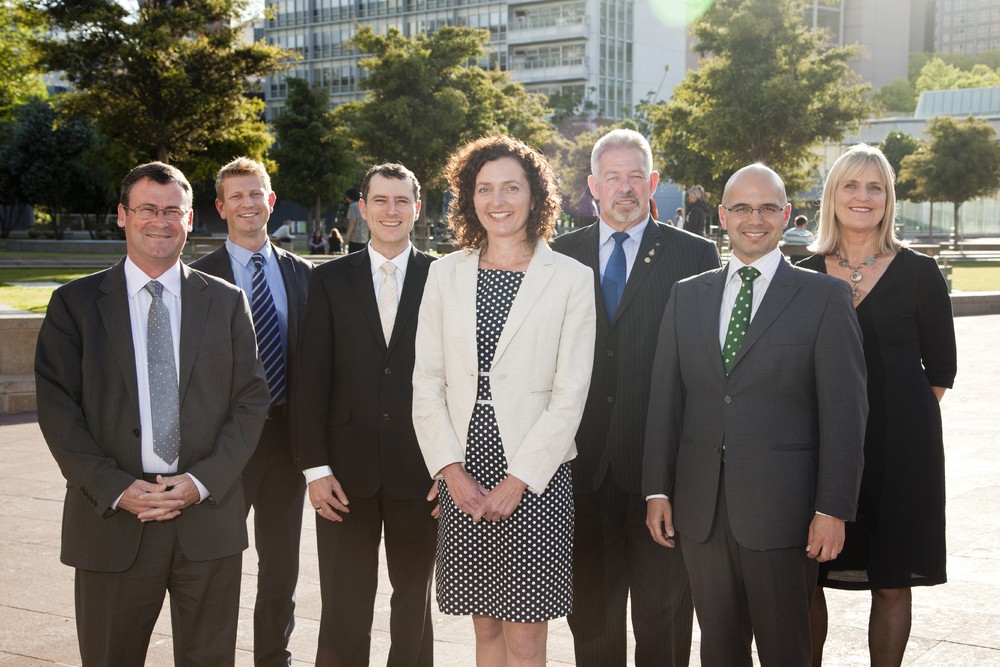 This is my final report for the second triennium of Auckland Council.  It includes my reflections on the last three years and covers my Waitematā Local Board activities from 31 July to 6 September 2016 as Deputy Chair, lead for the Community and Transport portfolios, and Chair of the Grants Committee, and with positions on the Ponsonby Business Association Board and Ponsonby Community Centre Committee and Board liaison for the Parnell Community Centre.

I have provided a report each month this term. My previous reports are available at www.pippacoom.co.nz.

The Governing Body of Auckland Council passed the Auckland Unitary Plan (UP) on 15 Auckland following a mammoth five-year process to unify all former regional and district council plans into one.  I sat in on several days of the decision making to hear the debate and support, with reservations, the passing of a unified planning rulebook for Auckland. The Board, particularly through the work and leadership of our Chair, Shale Chambers has been actively involved right from day one. There is a lot to reflect on with the community about the process and final decisions on the Independent Hearings Panel recommendations.

It is a significant milestone but there are still big question marks over whether the UP achieves affordable housing, heritage protection, density done well and quality design.  There is a lot of work to be done to now deliver on the promise and potential of a unified plan that responds appropriately to inevitable future growth and delivers on the Auckland Plan. 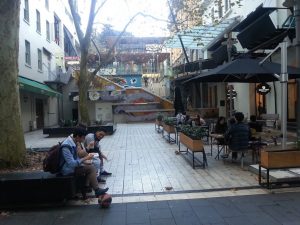 Following consultation on the renaming of lower Khartoum Place with a suitable name associated with women’s suffrage, and in recognition of the Women’s Suffrage Centenary Memorial 1893-1993 ‘Women Achieve the Vote’ the Board voted in July to adopt a bi-lingual name. After receiving further information about the suitability of a bi-lingual name and following a meeting between board representatives, Ngati Whatua and National Council of Women the Board held an extraordinary meeting on 30 August to confirm the new name as Te Hā o Hine Place.

I look forward to Suffrage Day on 19 September when we will be celebrating the new name and acknowledging all those who have contributed to the process and the claiming of a small space for women in the city centre.

At a special meeting this week, the Waitematā Local Board voted to change the name of the lower section of Khartoum Place, to acknowledge the location of the Women’s Suffrage Centenary Memorial 1893-1993, ‘Women Achieve the Vote’.

On Suffrage Day 2016, September 19, Waitematā Local Board and iwi partners will unveil the new name for the lower section of Khartoum Place; Te Hā o Hine Place, in recognition of the struggle New Zealand Suffragists faced until 1893.

Ngāti Whātua Ōrākei gifted the name ‘Te Hā o Hine’ which is derived from the whakatauki (proverb) ‘Me aro koe ki te Hā o Hine-ahu-one’ and translates to ‘pay heed to the dignity of women’.  The board felt it was a fitting sentiment as did National Council of Women – Auckland Branch.

Carol Beaumont, President of the National Council of Women – Auckland Branch, says they are pleased that the name Khartoum Place is being replaced with Te Hā o Hine Place, as it is more fitting to the Suffrage Memorial.

Since opening a refreshed Khartoum Place in September 2014, the Waitematā Local Board began looking more seriously at changing the name of the lower section, an area that was being informally referred to as “Suffrage Place” due to the location next to the Suffrage Memorial and the space being used for annual Women’s Day and Suffrage Day events.

In April 2016 the local board consulted  with iwi, the National Council of Women, local businesses, residents and the wider public to ascertain the level of support for a name change and a preference should they support a change.  The majority of submitters supported a name change and for the options for consideration to include; Te Hā o Hine, Suffrage Place and Kate Sheppard Place.

The creation of a community hub for the growing number of city centre residents got closer with the start of the work to renovate and refurbish Ellen Melville Hall.

This is one of the Board’s most significant projects that we initiated last term.  Once completed, the new centre will provide a range of facilities including a new kitchen, Wi-Fi, improved amenities, café-style seating and a modern refurbishment.  It will be a much needed community facility for Auckland’s growing city centre residential population.

The $10.7m project includes the upgrade of Freyberg Place (funded by the City Centre targeted rate).  The upgrades to Freyberg Place and Ellen Melville Centre are expected to be completed by mid-2017. 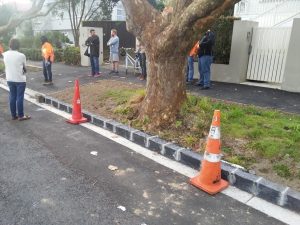 Auckland Transport’s renewal of kerbing and footpaths on Hakanoa Street has been an on-going saga.   In August I attended several meetings with residents to resolve the issues related to the removal of bluestone kerbing (replaced in unacceptably large areas with faux concrete kerbing) and poor workmanship including new footpaths on the northern side that led to flooding.  The photo right shows residents inspecting a trial of concrete to mimic bluestone (once complete only the area between the cones will be in concrete)

In the latest update to be communicated to all residents Auckland Transport has confirmed that the areas where faux bluestone are to be constructed in concrete are being marked in white paint once each tree site has been investigated to determine the extent where real bluestone kerbs can be installed. AT has committed to re-instating as much bluestone as possible. The northern side footpath/vehicle crossing levels will be remediated to ensure road reserve stormwater is contained.

Auckland Transport’s approach to this renewal has highlighted the need to provide the local board with plans and consult with residents in advance.  I am also following up on the need for a longer term tree management strategy. 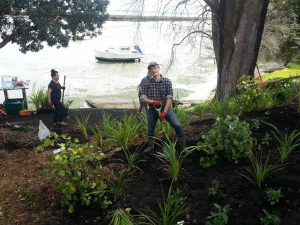 The project to complete a 1.4km long coastal walkway on council reserve land and the coastal marine area in Westmere got underway last term after years of community campaigning.

It was great to take part in a community planting day to see how far the walkway has progressed around a beautiful but neglected stretch of coastline. Hopefully the walkway will be open by the end of September for everyone to enjoy. 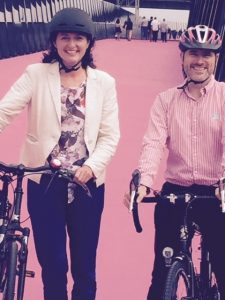 I’ve worked on the transport portfolio with Christopher Dempsey over the last six years.  It has been exciting to see the positive progress being made to improve transport choices in Auckland.  Over the last three years the board has achieved or played a role in achieving for transport:

There is still a lot to be done to reduce congestion and carbon emissions, and provide safe, connected, accessible transport choices in Waitematā.  Next term I hope to progress: slower speeds in the city centre and on residential streets, implementation of vision zero, opening up of greenways routes (including opening up the old Parnell Rail tunnel), changes to the give way rule, roll out of improved wayfinding, acceleration of the cycleways programme and residential parking schemes, driver education regarding vulnerable road users, ending dangerous car transporter practices on Great North Road and further work to improve the walking experience in Waitemata.

As portfolio holder with Deborah Yates, we cover community facilities, libraries and initiatives aimed at building community wellbeing capacity, leadership and skills.   Some of what has been achieved for the community over the last three years includes:

One of the areas of ongoing concern has been the increasing numbers of rough sleepers in the city centre.  We have supported the Homelessness Action Plan initiatives currently underway but going into next term a great deal of further work is needed to make an impact.

There is also more to do to develop partnership approaches with mana whenua, improve the health of our communities such as extended smoke free areas, improve safety and increase engagement and participation especially by inner city residents.

I am sad that both of my co-portfolio holders Deborah Yates and Christopher Dempsey have decided to retire from local government.  They have made a huge contribution and I have really appreciated working with them.

In the online version of my report at pippacoom.co.nz I have included photos of Deborah and Christopher in action. Photos of board members are not allowed in reports during the election period (There will of course be a photo of me and Christopher on our bikes – the most enjoyable and fun way to get around Waitematā as a board member!) 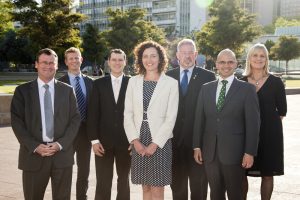 It has been a privilege to serve on the Waitematā Local Board for two terms as Deputy Chair.  After the hard work in the first term to make the new super city structure work effectively for local decision making, I was grateful to be elected for a second time to continue the many projects underway with an ongoing commitment by the Board to strong community engagement.

There is still a lot to do to ensure Council is listening and responsive to local aspirations and that the governance framework is fit for purpose. There are parts of the organisational structure and culture that still need further refinement to properly support the role of local boards.  The Auckland Transport relationship with local 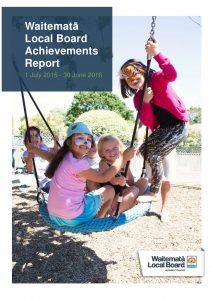 boards is particularly problematic and only a complete overhaul of the leadership is likely to result in any meaningful improvement.

This term has been immensely rewarding and at times lots of fun too. The Board’s annual achievements reports available on the Council website highlight just how much has happened over the term (Link to the 2015/2016 Achievement Report). We are fortunate to be supported by an outstanding, hardworking local board team.

The rewards are great for board members able to put the time into the role.  I’ve appreciated the many learning opportunities and the amazing speakers that take part in the Auckland Conversations series.   It has also been an opportunity to meet a wonderfully diverse range of people, to get involved with our many community groups (particularly through our community grant funding) and to take part in the many events on offer in the Waitematā area.

There is still much to do. I hope to be part of a progressive Local Board next term that will continue to deliver for everyone who lives, works, plays and visits Waitematā.

From 31 July until 9 September I attended: