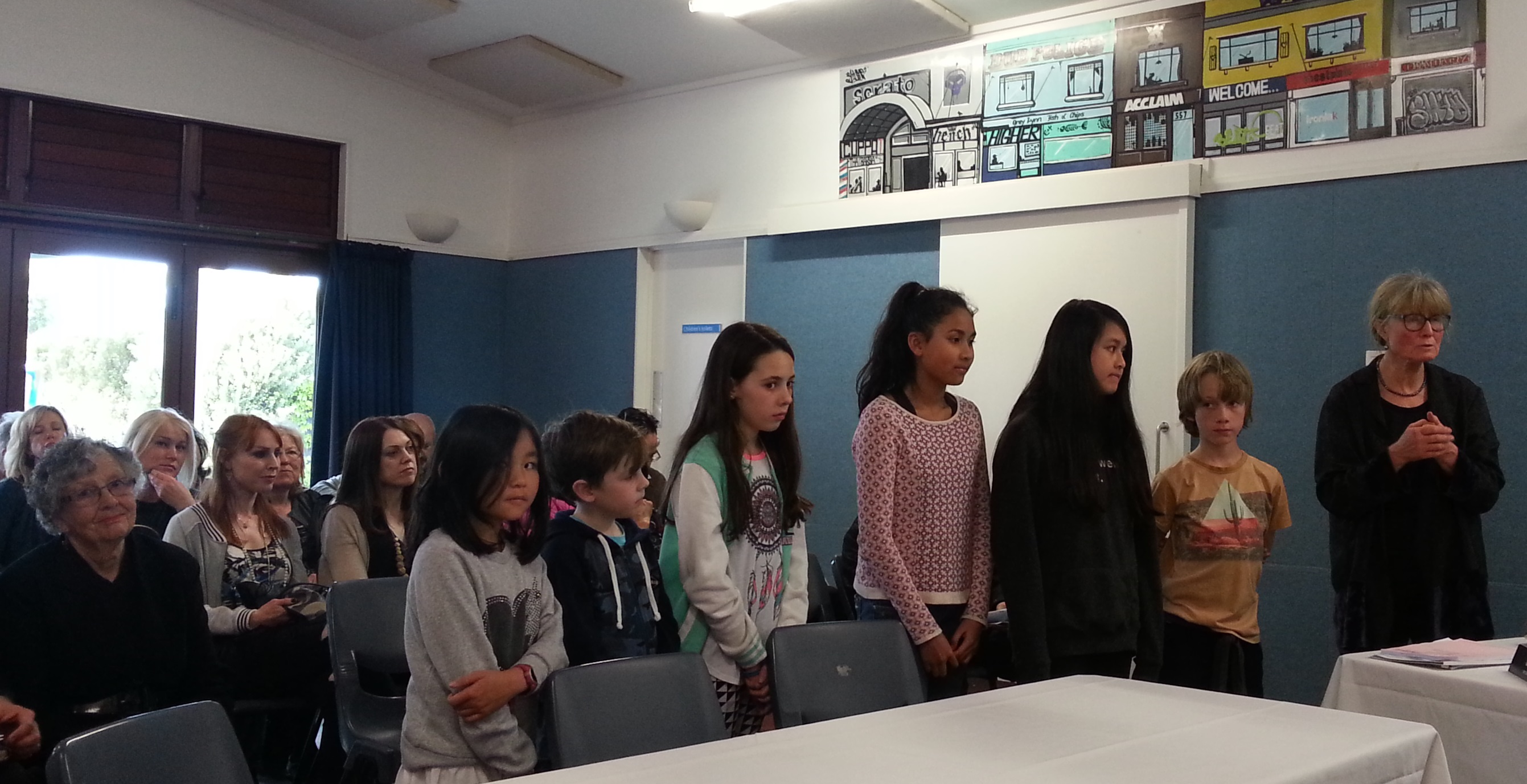 This report provides highlights from my Waitematā Local Board activities during October 2015. It is included on the agenda of the Board’s November business meeting.

Public forum at the Board’s October business meeting was one of our most interesting and thought-provoking with seven presentations covering a range of projects and issues. We are really fortunate that people in the Waitematā Local Board area are willing to take the time to engage with local government through our public forums.

Presentations that were tabled are available on the Council website.

Auckland Transport has done a great job sparking interest in berm planting!  Local Board feedback on Auckland Transport’s draft berm planting guidelines was made available in October (our feedback was attached to the October agenda) leading to media coverage extending all the way to the BBC and a NZ gardener petition.

Disappointingly Auckland Transport incorrectly claimed in the media that the draft had been provided to local boards in confidence. Throughout the development of the draft guidelines AT has shown a lack of understanding of Local Board’s placemaking role and processes.

A new feeder lane and advance stop boxes (“fresh Kermit) have been installed on Ponsonby Road as part of Auckland Transport’s resurfacing project.

Report back: Future of Cycling symposium: Challenges and Possibilities

I attended the Future of Cycling symposium hosted by the University of Waikato and Cycling New Zealand at the Avantidrome in Cambridge on 2 October 2015.

The symposium was a first for bringing together academics, sports administrators, cycle advocates and representatives from transport agencies to discuss a range of cycling related issues and opportunities.

The symposium was opened by Andrew Matheson, CEO of Cycling NZ. He shared some interested statistics from research Cycling NZ has carried out:

–       Half have high engagement with cycling

I was particularly interested in presentations about safety and making cycling an everyday transport option.  For example from a  report back from the Cycle Safety conference in Germany we heard about new bike technology to make cycling safer for older people (in Holland cycling injuries and fatalities are very low by international standards but older people make up the largest and growing group of victims). It was recommended that rather than follow the lead of Europe we need to find our own safety solutions to meet them in the future.

Gerry Dance from NZTA reported that we are now “riding with a political tailwind” due to the increase in cycling investment from the government.

I attended the symposium with members Christopher Dempsey and Rob Thomas. Registration of $80 was paid from the Board’s professional development budget.

In addition to Local Board workshops and meetings I attended: