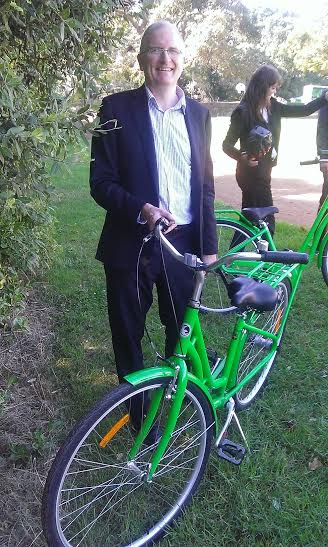 In early 2010 Paul McArdle, founder of Bikes in Schools came to Auckland enthused from the success of the opening of the first NZ bike track in a Hastings school. At the time I was on the Cycle Action committee that was keen to support this new initiative.  Paul and I had the opportunity for a quick scout around for possible locations for a bike track in a central Auckland School.   Several schools expressed interest at the time in following up with Paul and the Bikes on NZ Trust but a combination of building projects and land constraints meant progress was slow.

So five years after the initial discussion about the possibility of a bike track in a central Auckland school it was very special to attend the opening of the new track at Freemans Bay School, the first  in the Waitemata Local Board area. The school principal Sandra Jenkins is to be congratulated for her determination in making it happen. She has been supported by the school community and a number of organisations and businesses including Sport Auckland, Cyco bike shop (who did a sharp price on the 55 new bikes), Bike in Schools, and Auckland Transport (provided bike training). The Board contributed a community grant of $2500

The track is available not just in school time as part of PE classes but also accessible after school and at weekends for everyone in the community to use.  At the opening it was wonderful to see how excited the kids are about the track and the opportunity to ride bikes in a safe environment. 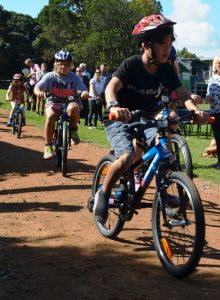 What is also great about the track is that for the first time ever Freemans Bay School is needing to investigate bike racks as the project has encouraged kids to bike or scoot to school.