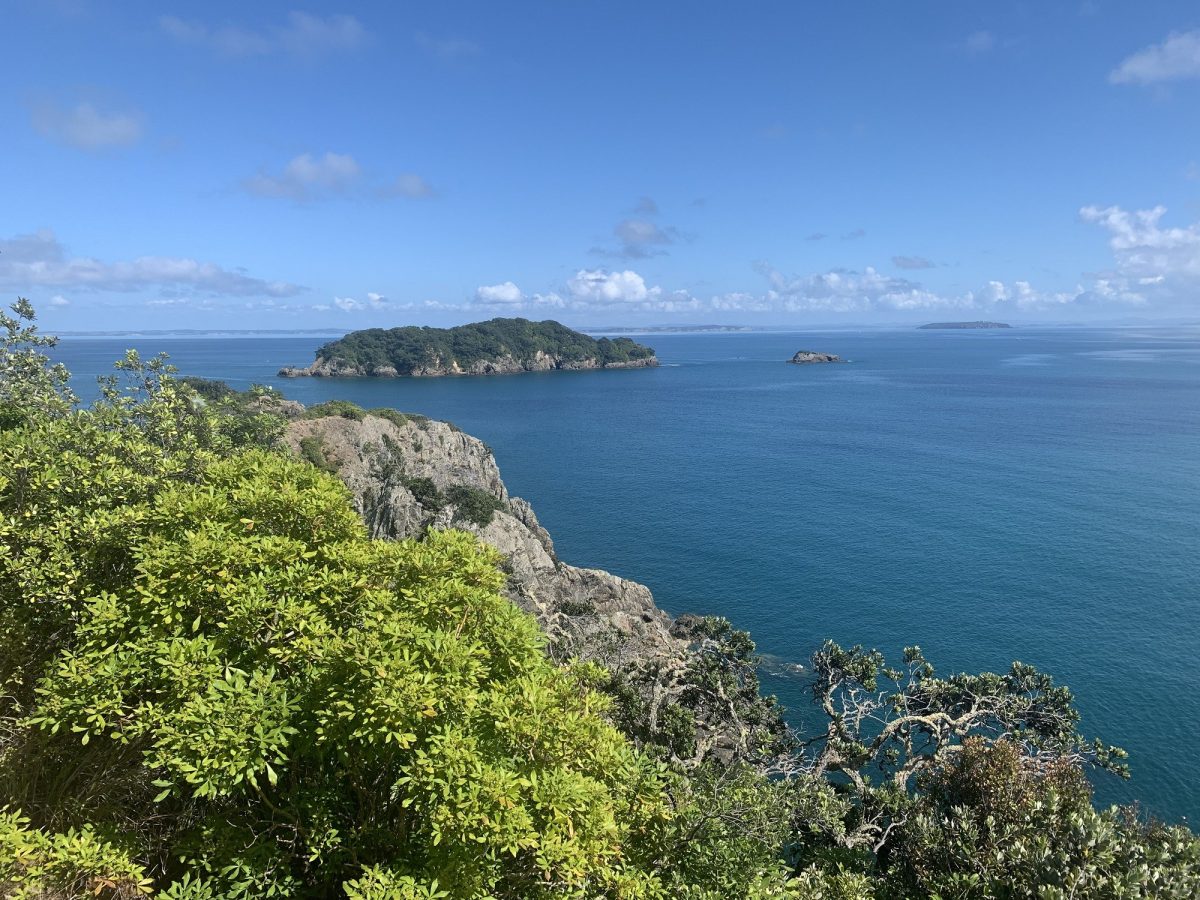 My Councillor report covers the period from 1 February to 7 March.  It has been prepared for the March business meetings of the Waitematā, Waiheke and Aotea Great Barrier Local Boards.

On 3 February the Planning Committee

On 8 February the Finance and Performance Committee

On 8 February the Governing Body

On 14 February the Auckland Domain Committee

Auckland Domain was cleared of anti-mandate protesters after a week-long illegal occupation thanks to a joint operation between Police and Auckland Council officers and with the strong support from Ngāti Whātua Ōrākei. Ending the occupation as safety and as soon as possible had the full support of the Mayor and Councillors.

On 24 February the Governing Body

On 3 March the Planning Committee

The Hauraki Gulf, Aucklanders’ marine playground, is in a dire environmental state. This was seen first-hand on a visit to The Noises on 21 February at the invitation of the Neureuter family who hold the islands in a private trust.  The visit included representatives of the Hauraki Gulf Forum, the Helen Clark Foundation, Waiheke Marine Project and the Auckland Museum. 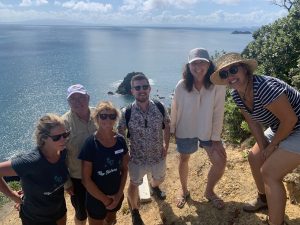 We heard about the collapse of the scallop beds, the depletion of key species, and the decline of sea bird populations all in a couple of generations. We also saw the kina barrens, a key indicator that the marine environment is dying. This is in contrast to the lush bush and bird life on the main island Ōtata where the removal of pests opened the way to phenomenal regeneration. 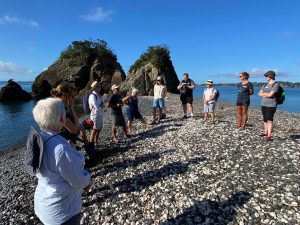 Fortunately, the family, working with mana whenua, are determined to restore the mauri of the moana. They have joined forces with Auckland Museum and the University of Auckland to put forward a marine protection proposal to government for The Noises (60km 2) to be included as a High Protection Area. It is an incredible place just 30 mins by boat from downtown Auckland.

The following Monday, the Hauraki Gulf Forum agreed to adopt an advocacy position for updating and strengthening the Hauraki Gulf Marine Park Act 2000.  What should have been a very straight forward and logical step became the subject of a misinformation campaign leading up to the Forum’s meeting on 28 February.

The Forum’s decision, which is about how we can better advocate for the Gulf by raising the status of the Gulf for decision-makers and through revitalisation of the Forum under a Treaty partnership model, will have no impact on the ownership of private or public land such as Auckland’s Regional Parks, nor will it restrict access to the Hauraki Gulf in any way.

As I said in our co-chairs’ media release following the decision  “I look forward to taking our proposal to Ministers as I am convinced that we will see far greater action and transformational change by raising the status of the Hauraki Gulf for decision-makers and through revitalisation of the Forum under a Treaty partnership model.”

Auckland Council is commencing assessment of 610 tree nominations for inclusion in the Notable Tree Schedule, with work underway to prepare a plan change for notification in 2023 to add trees that meet notable tree criteria to Schedule 10 of the Auckland Unitary Plan.

It follows a Planning Committee decision in November 2020 to schedule the trees when resources permit, with a longer-term focus on seeking the reinstatement by the government of general tree protections.

The November 2020 decision came about because I got support to change the recommendation from “agree that it is NOT financially viable to undertake tree scheduling” into a positive decision to “agree to schedule trees when resources allow”.  It has taken longer than anticipated to secure the resourcing but in the meantime lobbying to the government to reinstate tree protection has continued.

A number of issues were brought by Chair Northey and me to the City Centre Community Safety Taskforce meeting on 18 February including the need for action on car sirens and the noise from modified vehicles (particularly an issue at the moment for Wynyard Quarter residents), hotspots in the city centre as a result of emergency housing and the safety concerns raised by representatives of the hospitality industry in a meeting I attended organised by MP Chlöe Swarbrick.

The taskforce has a new “Intention to collaborate” replacing the terms of reference of the original group and increased resourcing from council.

The taskforce provides a formal platform to connect key stakeholders including NZ Police with an interest in alcohol and safety management within the central city, and to build effective relationships and coordinate action in line with council’s safety plan.

Due to the rising cases of Omicron and the on-going red restrictions there have been limited opportunities to attend in person meetings or events.  I was fortunate to work from the Waiheke Local Board office on 18 February from where I participated in an online Kāwanatanga workshop (enhancing the mana and mauri o te moana) as one of the panel members to talk about the Waiheke Marine Project future search experience.  I also met with a constituent to discuss the work underway on the Transport Emissions Reduction plan.

On 12 February I joined Waitematā Local Board members and volunteers to help spread mulch at Harry Dansey Park in Freeman’s Bay.  The project to revitalise a local park was orchestrated by local gardener Mark van Kaathoven and organised by Local Board member Adriana