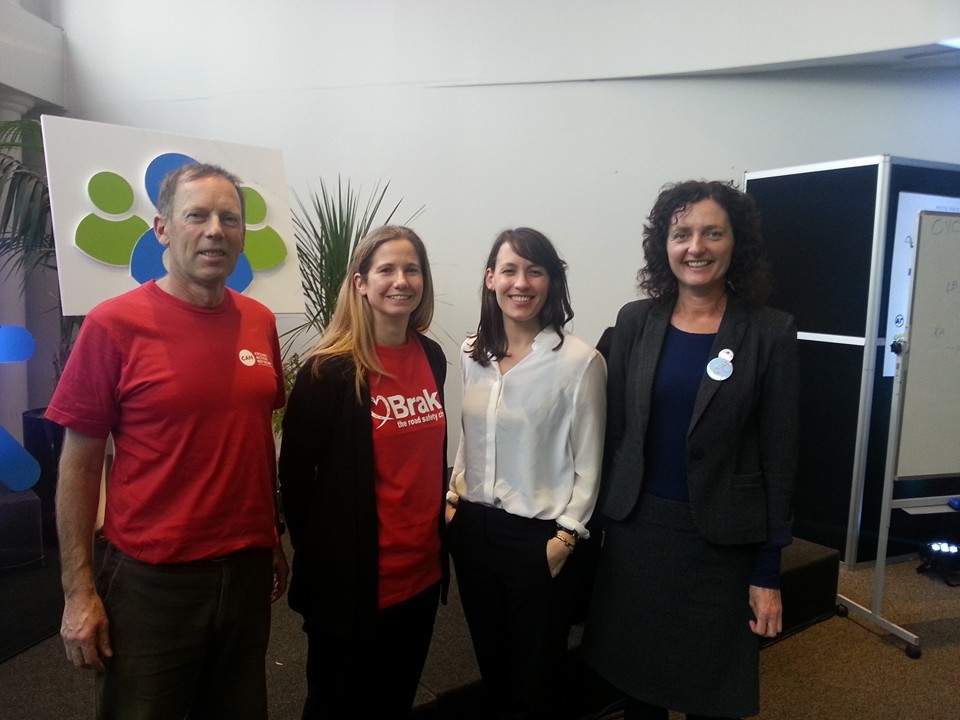 “Cities have the capability of providing for everybody only when and only because they are created by everybody” Jane Jacobs (quoted by Tyler Golly, conference presenter)

I attended the 2 Walk and Cycling Conference 2016, the premier national conference addressing walking and cycling issues held every two years. The conference’s focus was on active, human-powered transport to achieve healthier, smarter and more liveable cities.

A great deal has changed since I attended my first 2 Walk and Cycle Conference in 2008.  The debate has shifted from trying to convince politicians “why” cycling should be funded and on the agenda to “how” to best deliver cycling infrastructure as part of an integrated transport network. The funding situation has improved massively. Eight years ago a very small percentage of Council and Government transport budget was directed to walking and cycling. Previously the conference has been dominated by advocates arguing the case for increased investment and discussing case studies from overseas.

This year the conference, with significant sponsorship from NZTA, was attended by a range of professionals many of whom are working on projects in NZ boosted by the Urban Cycling Investment fund.

Auckland played host to the conference putting on a number of associated events.  Delegates were treated to a Pecha Kucha special transport edition sponsored by Auckland Transport, Auckland Conversations with the conference keynote speaker Gil Penalosa and were invited to attend the opening of the Quay Street cycleway that includes Auckland’s first visible cycle counter (10,000 trips recorded within the first 19 days!).

I participated in the conference as delegate, workshop presenter (Vision Zero workshop detailed in Attachment A), as networking breakfast host (with Margaret Lewis, to discuss the success of K’rd Open Streets event – photo right) and as one of the judges of the Bike to the Future awards announced at the conference dinner (Attachment B).

I found the conference hugely encouraging and affirming of how far we have progressed in Auckland with making cycling a viable option for more people to enjoy. There is however still much to do if Auckland is going to unleash the huge benefits that can be realised from prioritising walking and cycling.  My only disappointment about the conference was the lack of diversity that failed to capture the many cycling “tribes” of Auckland.

Healthy communities designed for everyone

There is overwhelming evidence that policies encouraging walking and cycling provide major health benefits.  The Minister of Health should be the biggest champion of active transport when considering ways to combat soaring obesity related illnesses such as diabetes.

Karen Witten in her presentation Healthy places and spaces bringing a children’s voice to city planning noted that children involved in active transport have higher rates of physical activity. “Cities that work for children work for everyone”

The keynote speaker Gil Penalosa talked about all ages, all abilities networks that encourage activity that helps everyone (see more from Gil’s presentation below).  Another keynote speaker Ben Rossiter from Victoria Walks said that “walking is fundamental to healthy communities.”

Dr Ben Rossiter from Walk Victoria gave a hard hitting, evidence based assessment on the need to design for walkability.

His presentation, Walking promotion and advocacy: An Australian story explained very convincingly why safer road design is needed for older pedestrians and why shared paths are not best practice.

His view is that shared paths should only be supported where designed for low speed, recreational environments where it is clear that cyclists must give way.

This is a particular issue in Australia and New Zealand where shared paths are often preferred to avoid difficult decisions about re-allocating road space for separate cycle lanes.  This presentation is relevant to a number of designs that are currently being considered for Auckland’s cycleway network eg Ian McKinnion Drive that has recently gone out for consultation and Nelson Street phase 2 that included a section of shared path opposed by the Waitematā Local Board.

I have heard many experts recommend trials and pop ups as a low cost, quick way to demonstrate the benefits of new street design and build community support. Tyler Golly in his presentation Communities Designing Communities, shared ideas from Canada such as bike corrals, painted kerb extensions and parklets.

The Waitematā Local Board has been a supporter of trials particularly for cycling infrastructure but it has proved very difficult to progress.  Part of the problem has been the lack of a nimble, empowered AT team who are able to focus on trials. 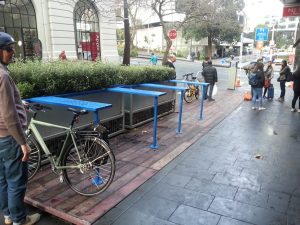 However we hopefully might start seeing “parklets” in the city.  An Auckland Council parklet popped on Lorne Street during the conference (photo right).  Providing additional space for people by removing two car parks was an instant success for nearby food vendors who reported a tripling in trade. High Street retailers take note!

A number of speakers highlighted how essential it is to make city roads safer for walking and cycling with a range of measures:

Disappointingly the CEO of Auckland Transport does not appear to prioritise safety over efficiency. In his opening address he responded to the challenge of more pedestrian walking zones by saying the real problem in the city centre is not the speed and volume of traffic but the number of people walking while looking at their phones!

Vision Zero is a policy that I have been championing with the support of the Board.  Together with Cycle Action Network, Brake NZ and Walk Auckland I took part in a workshop on Building a grassroots campaign for Vision Zero: Why we need a new approach to road safety and how we can make it happen.  (see Attachment A)

How can we create vibrant and healthy cities for everyone, regardless of age or social status? What is the role of streets – the largest public space in any city? How can parks improve the quality of life that attracts and retains people to their communities?

Gil answers these questions while also explaining a simple and effective principle for inclusive city building: ensuring the safety and joy of children and older adults (from 8 year olds to 80 year olds) are at the forefront of every decision we make in our cities. Drawing on his experience as Commissioner of Parks and Recreation in Bogota, Gil presents some of the now widely celebrated approaches to urban regeneration through investments in parks and public spaces. Gil also draws upon examples from cities around the world which demonstrate the power of parks and public space in making lives happier, communities better, and economies stronger. 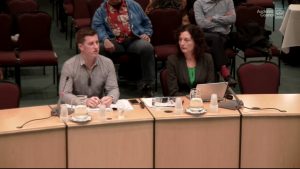 It is great news that in the same month as the conference councillors agreed unanimously to progress Skypath the walk/cycleway over the Auckland Harbour Bridge.

See Attachment C for the presentation I gave in support at the Finance and Performance Committee on 21 July.