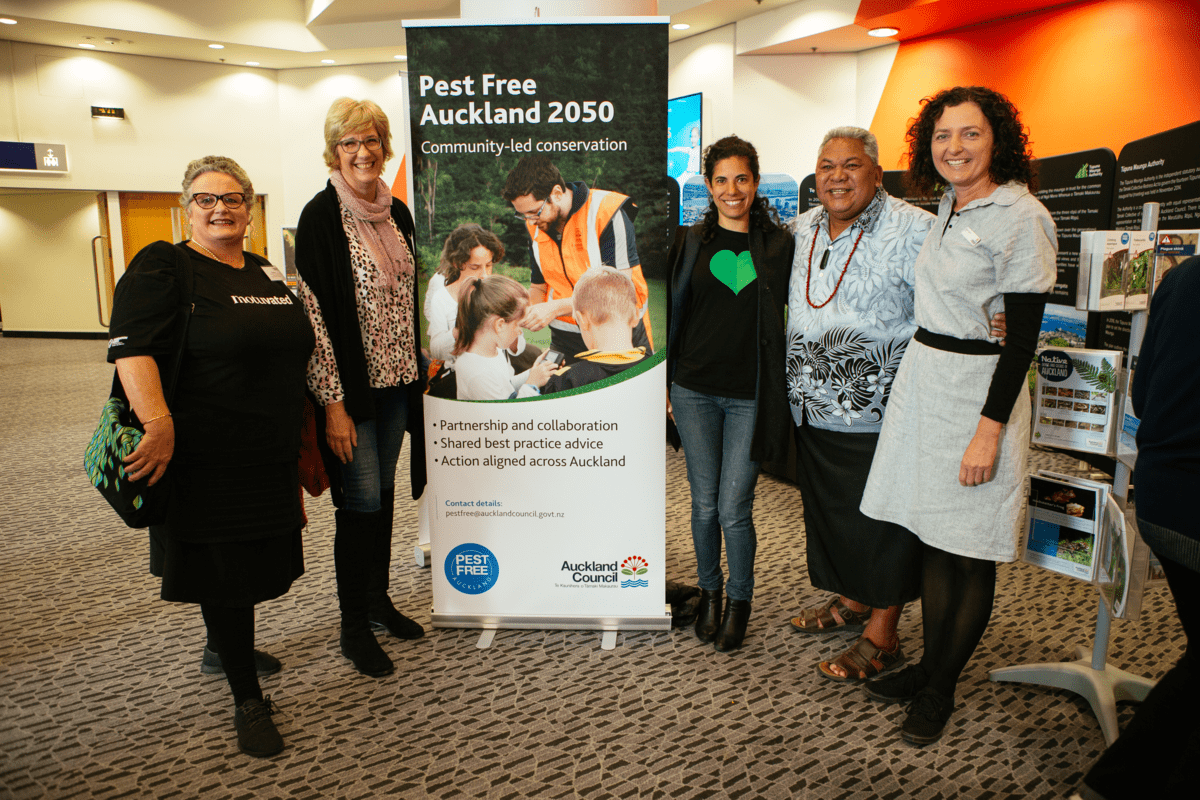 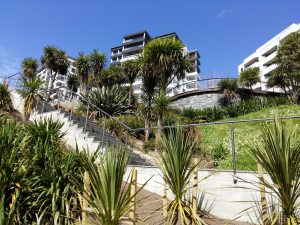 The new stairs with an improved handrail between Hopetoun Street and Western Park are now open.

A constituent wrote to say “I have just discovered the new stairs to Western Park off Hopetoun. This is amazing and within metres it’s hard to believe you are not in the Waitakeres. Congratulations. You have created a wonderful place for those of us in the inner city”

Poynton Terrace connection between St Kevin’s Arcade and Myers Park (funded from the City Centre Targeted rate).  A safety audit is still to be completed on the design. 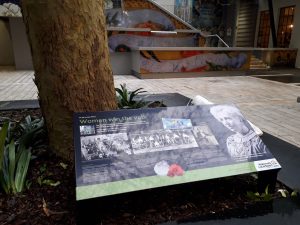 An interpretation sign in Te Hā o Hine place has been installed.  It explains the background to the Women’s suffrage memorial commissioned in 1993 for the suffrage centennial. 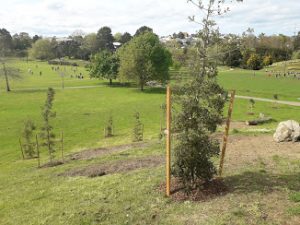 10 elm trees at Grey Lynn Park’s Schofield Street entrance were removed because of Dutch elm disease. They have now been replaced by a mix of tanekaha and puriri.

Every six years a review of Auckland Council representation arrangements is required including whether the wards properly reflect their populations. The outcome of the review applies at the next local body election (2019).

The Auckland Council review of the ratio of population to number of elected members showed four wards did not comply with the 10 per cent (more or less than the average) guideline. The Waitematā and Gulf Ward population differs from the average per member by 43 per cent.  The submission I gave at the Representation Review hearings (photo right) on behalf of Waitematā Local Board focused on the proposed Waitematā 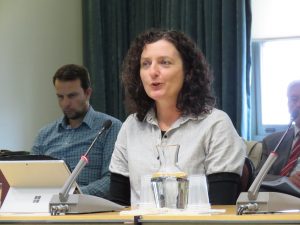 and Gulf ward boundary change (attached as an agenda item).

The changes include retaining all of Grey Lynn and Westmere in the Waitematā and Gulf Ward. This was in response to submissions and public concern from the Grey Lynn area.

The review does not impact the Local Board boundaries. Working party recommendations to the governing body meeting 18 October.

At the Auckland Domain Committee meeting on 30 August 2018 a working group was set up to review the Accessibility Improvement Review Programme and its long-term implications.

The working group met on 14 September 2018 agreeing to a range of proposals to improve walking connections and parking management. The working group’s recommendations will be referred to the Domain Committee meeting to be held on 29 November.

At the same time the Local Board is progressing options for funding improved paths in the Domain.  At our September Business Meeting we requested Auckland Transport prepare rough order of costs for the following walking and/or cycling connections in the Auckland Domain as identified in the Auckland Domain Masterplan and/or Waitematā Greenways Plan and work with Community Facilities to identify the renewals budget available for each project:

Minster Phil Twyford attended the National council meeting on 5 October to provide an update on the new Urban Development Authority. 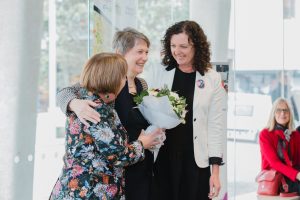 To coincide with the one-year celebration for the revamped Ellen Melville Centre, former prime minister Helen Clark was welcomed at an event hosted by the Local Board and the Auckland Branch of National Council of Women held in the room named in her honour. (Our Auckland story).  Photo right: With Helen Clark and Auckland’s National Council of Women chair Carol Beaumont 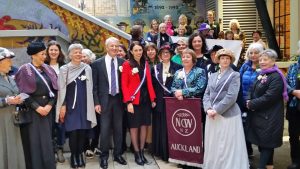 The National Council of Women – Auckland Branch, Auckland Council and Auckland Live hosted a Sunrise celebration to mark 125 years since New Zealand became the first country where women were able to vote in a general election. The Prime Minister Jacinda Ardern led a parade from Te Hā o Hine Place to Aotea Square (photo right) for speeches and performances by Annie Crummer and New Zealand Poet Laureate Selina Tusitala Marsh MC’ed by Jennifer Ward-Lealand.   It was a very special morning to honour the fight for gender equality in Aotearoa.

Meetings and workshops 13 September until 9 October 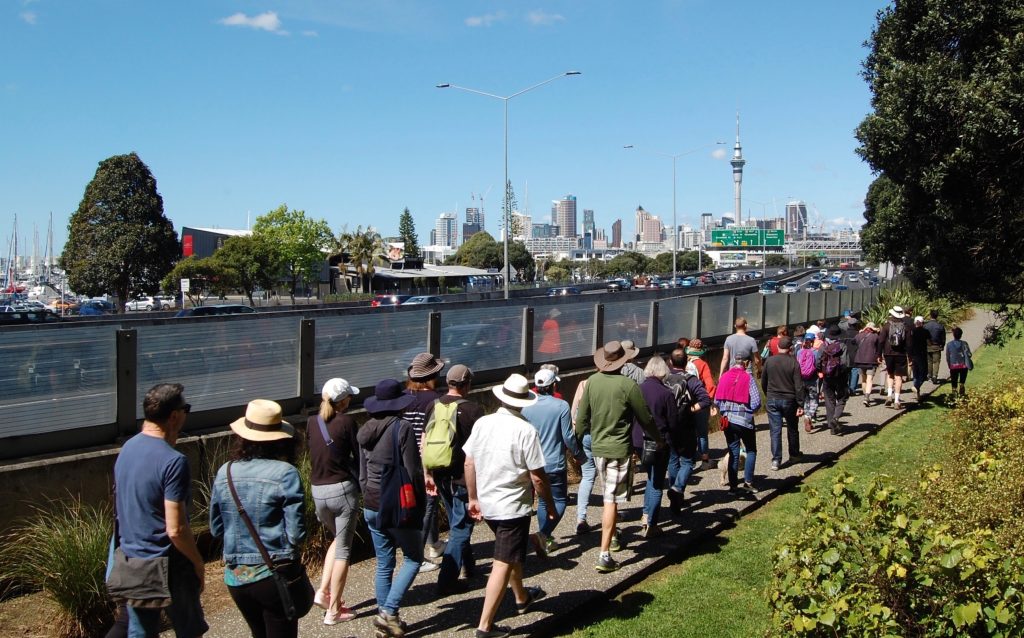