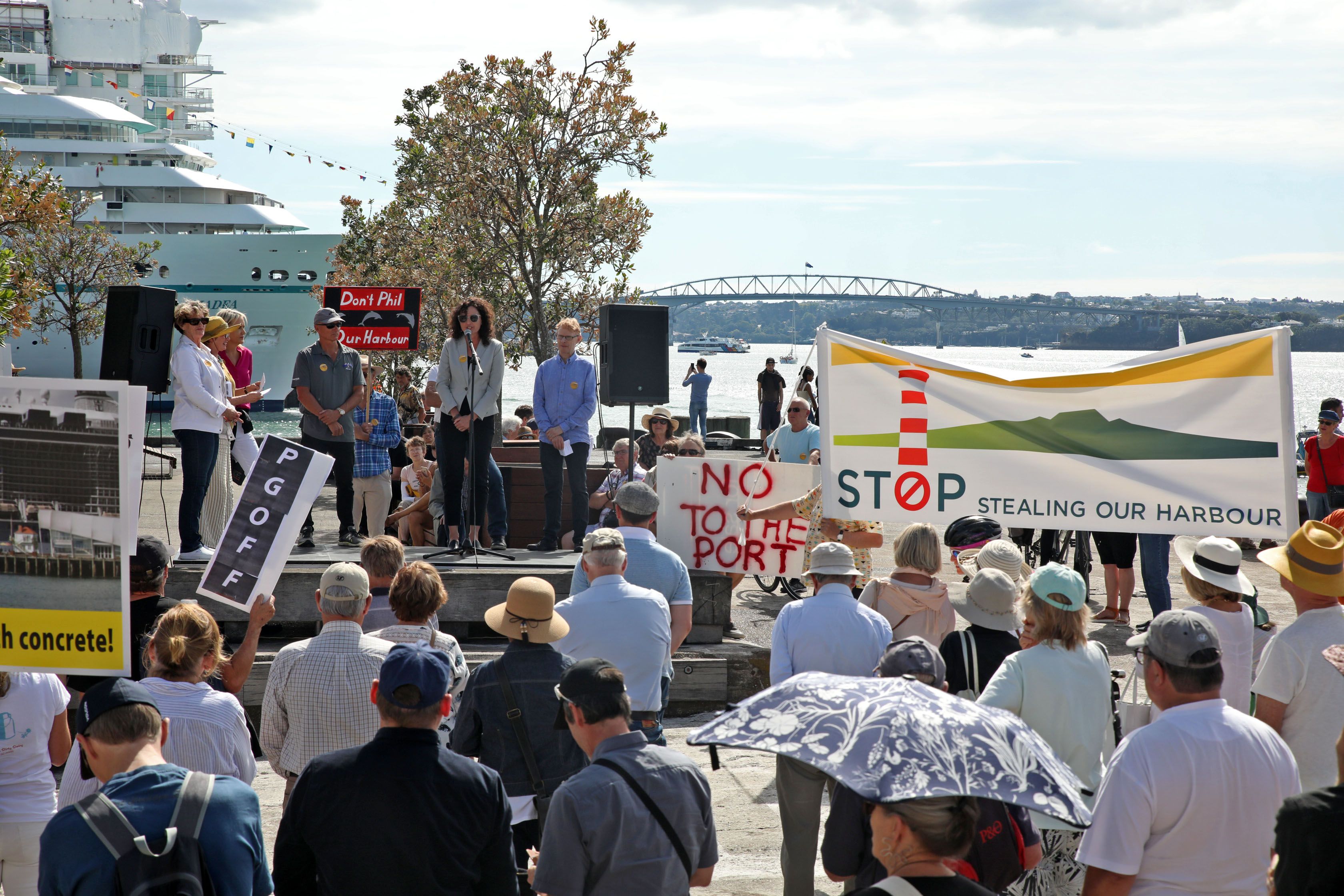 This report covers the period 12 February until 12 March 2019. It is on the agenda for the Waitematā Local Board business meeting on 19 March 2019.

The Ellen Melville Centre acknowledged International Women’s Day on 8 March with this wonderful mural (picture below) celebrating Ellen Melville and each of the women who have rooms named after them at the centre.

Council’s annual budget consultation started on 17 February and continues until 17 March.  This is the community’s opportunity to give feedback on whether we have got our local board priorities right.  We’re not proposing major changes to the existing work programme for 2019/2020 as we continue to deliver the projects identified in the 2017 Waitematā Local Board Plan. 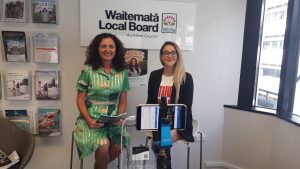 We have held an extensive range of engagement events including, for the first time, a Facebook live session hosted by myself and local board member Adriana Christie (photo right).  As at 11 March the video has been viewed over 4,400 times. 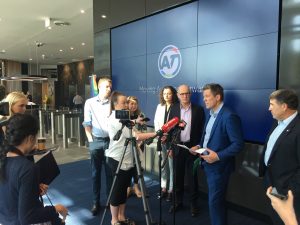 Consultation started on 28 February on Auckland Transport’s proposals to reduce speeds on 10 per cent of Auckland’s roads (including the city centre and residential streets in Freemans Bay). All the evidence shows that safe and appropriate speed limits save lives regardless of the cause of a crash.

At the local board February business meeting we received a presentation on Western Springs Lake water quality. This follows on from a range of complaints regarding maintenance and the condition of the park.   Weekly inspections are now underway with the contractor Ventia regarding maintenance improvements

In response we also received the following update from Community Facilities regarding water quality.  Thirty-five barley bales were installed at Western Springs by 8 October 2018. A proactive inspection regime to remove or rescue dead and sick birds began on 18 October. The shorelines are inspected each Monday, Wednesday and Friday, commencing  18 October and continuing through summer. To 22 February 2019 six dead birds and six dead fish were located and removed. Three sick birds were seen but were unable to be caught. The dead and sick birds were located during inspections; no reports from members of the public have been received for sick or dead birds, and only one report of a dead fish (which is included in the total of six) at Western Springs. Contractors completed a scoop of built-up algae and debris at the water’s edge on 12 February and are attending each Friday to inspect and remove the algae and debris as needed (the inspection includes the two weirs). A large volume of fallen branches and general litter had accumulated below water contractors completed removal on 21 February. 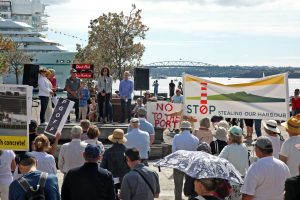 Panuku Development Auckland has applied to the Auckland Council for resource consent (coastal permit) to carry out upgrades to the eastern Queens Wharf cruise ship berth to provide for the mooring of cruise ships up to 362 metres (Oasis-class vessels), involving construction of two new cruise ship mooring dolphins located at distances of 49 metres and 82 metres (to the centres of the dolphins) north of the northern end of the wharf, a gangway connection including hydraulic retractable gangway and security gates, strengthening of the southern end of the wharf, seven new additional wharf bollards on the eastern side of the southern end of wharf, and additional fender clusters on the eastern side at the north end.

The local board was originally supportive of a temporary mooring “dolphin”.  However, we reviewed the submissions and the Final Report by the planning consultant that opposes the application and decided to make a presentation to the Hearing Panel (Attachment 3)

Deputy Chair Shale Chambers and I presented at the hearing to oppose the application on the basis that the board wishes to see Captain Cook Wharf developed as the primary cruise ship terminal.

I was also invited to speak at the “Stop Stealing our Harbour” protest rally on 10 March.

As a matter of principle the Waitematā Local Board doesn’t support freedom camping in central Auckland’s parks and reserves. However, the Freedom Camping Act doesn’t allow us to make a blanket ban so three locations went out for consultation until 18 February (photo right Coxs Bay reserve).

I presented at the Freedom Camping hearing on behalf of the local board (Attachment 2) highlighting three key points:

Meetings and workshops: 12 February until 12 March

Events and functions:  12 February until 12 March