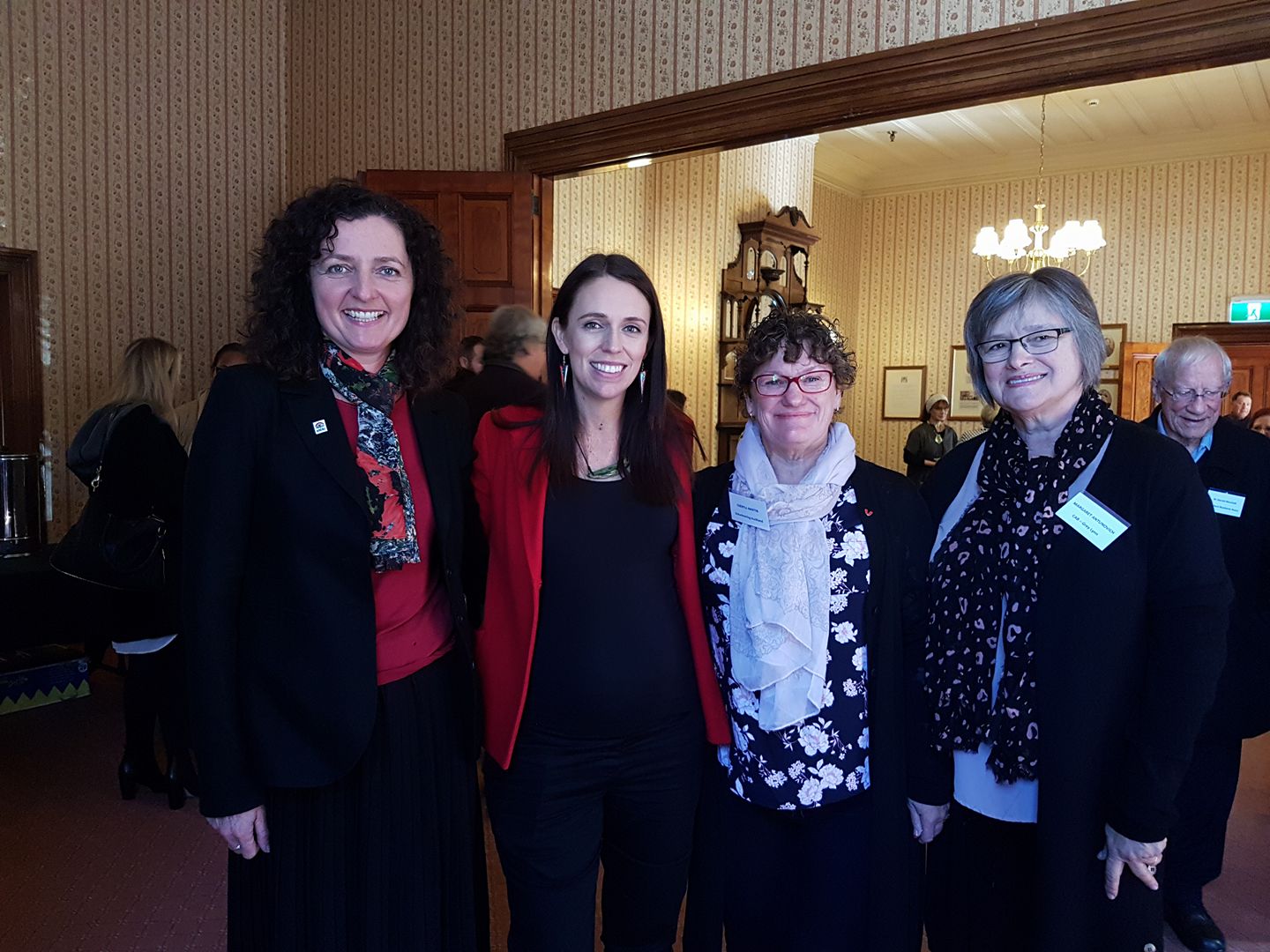 This month I have prepared a brief update to be reported at the June meeting when Deputy Chair Shale Chambers will be acting. I am out of New Zealand 2 June – 15 July (including attendance at the Velo-city conference in Rio de Janiero) 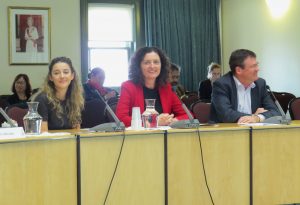 All Local Boards had an opportunity to present to the Finance & Performance Committee on their 10-year budget priorities.

I presented on behalf of Waitematā Local Board together with Deputy Chair Shale Chambers and member Adriana Christie (photo right).

The Board’s presentation is attached (Attachment 1).  We focused on seeking Governing Body support for the Board’s priority unfunded project – the development of 254 Ponsonby Road.

I have recently been appointed to the National Council of LGNZ representing Local Boards.  This position has been created in anticipation of a constitutional review of LGNZ’s rules to look at the representation of local boards and other sector groups. 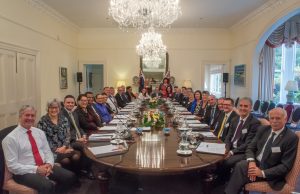 My first official engagement in this role was to attend the 24th Central and Local Government Forum held at Premier House on 10 May (photo below).  Local government representatives were impressed with constructive level of engagement from the 14 Ministers who attended the forum.

The forum resulted in many positive discussions focused on the key areas of Water, Climate Change, Regional Development and Housing.

I also attended my first National Council meeting on 17 May and the Governance and Strategy Advisory Group meeting on 28 May. 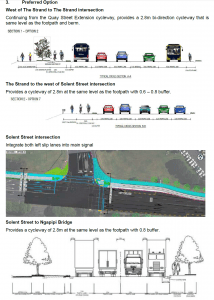 Local Board perseverance and advocacy pays off!  Auckland Transport has been working on the design of the Tamaki Drive cycleway between the Strand and Ngapipi intersection.  The board is very supportive of this project that will connect to the bi-directional Quay St cycleway however we have repeatedly raised concerns about Auckland Transport’s original proposal to maintain a small section of shared path between the Strand intersection and Solent St. We considered this to be an unacceptable safety risk for the increasing numbers walking and cycling this route.

We requested a continuous cycleway experience for the entire route (separating people on bikes with walkers) and the removal of the Solent St slip lanes to provide one controlled crossing rather than three. After the board rejected a number of design options Auckland Transport has finally agreed to progress a best practice design that delivers a high quality, safe and attractive cycling facility.  Construction is proposed to start in December 2018.

As previously reported, Auckland is facing a road safety crisis with devastating consequences.  Auckland Transport board recently released a report called Auckland Transport: Road Safety Business Improvement Review, that concludes. “Road safety performance in Auckland in recent years … reflects a number of deficiencies of public policy at central government and local level. Most of all it reflects an absence of commitment to improving safety on New Zealand and Auckland’s roads.”

The Local Board has consistently advocated for Auckland Transport, NZTA and NZ Police to prioritise safety.

In some good news, Auckland Transport is proposing to install pedestrian crossings on Hobson St and College Hill (consultation ended on 14 June).

I prepared the Board’s submission to the draft Regional Land Transport Plan consulted on between 1 -14 May.

In summary the Waitematā Local Board supports the overall direction of the RLTP. It shows strong alignment between central government and Auckland Council and a real commitment to deliver a transport programme that responds to Auckland’s challenges.  It is reassuring that much of the draft RLTP reflects the transport objectives and initiatives set out in the Waitematā Local Board Plan.

The Local Board supports the Regional Fuel Tax (RFT).  Seventy-two percent of Waitematā submitters to the 10-year Budget support the RFT and want investment to be focused on public transport and active transport.  We particularly support the focus in the RLTP on:

In addition to the projects identified below for inclusion in the transport programme, we request as a priority additional funding be identified to deliver the 10-year Programme Business case for cycling recently adopted by Auckland Transport.

The full submission is included as a report to the board’s June business meeting agenda.

During the consultation period I attended the Have your say session at the Grey Lynn Library Hall on 12 May with members Richard Northey and Denise Roche.

Further transport matters are reported on as part of Auckland Transport monthly report.

Last month the board signed off on the draft Parnell Plan consultation document. “Towards a 30-year plan for Auckland’s First Suburb”  is now out for consultation until 29 June.

Our upcoming engagement sessions include:

The Committee met on 30 May (I am deputy chair of the committee). We approved a new natural play space and the Kari Street Commons informal recreational space.     The committee is grappling with the issue of commuter parking in the Domain that is diminishing the experience of Domain visitors and creating safety issues for pedestrians.  A report on a proposed way forward to improve access is coming to the next Domain committee meeting in August.

The board’s next Quick Response grants round opens on 5 June and closes 6 July. Details are on the Council website.

Waitematā is a year-round busy place for an impressive range of events. Recently I have enjoyed attending:

On 25 May I attended the Ngāti Whātua Ōrākei commemoration event to l mark the 40th anniversary of the stand at Bastion Point.  After 506 days of occupation, protesters faced off with members of the police, armed forces and the government over plans to build luxury housing on Ngāti Whātua ancestral land at Takaparawhau – Bastion Point, resulting in 222 arrests. The stand at Bastion Point led to the first successful retrospective claim hearing at the Waitangi Tribunal.

The Prime Minster held a morning tea event on 31 May for members of the Mt Albert electorate community.