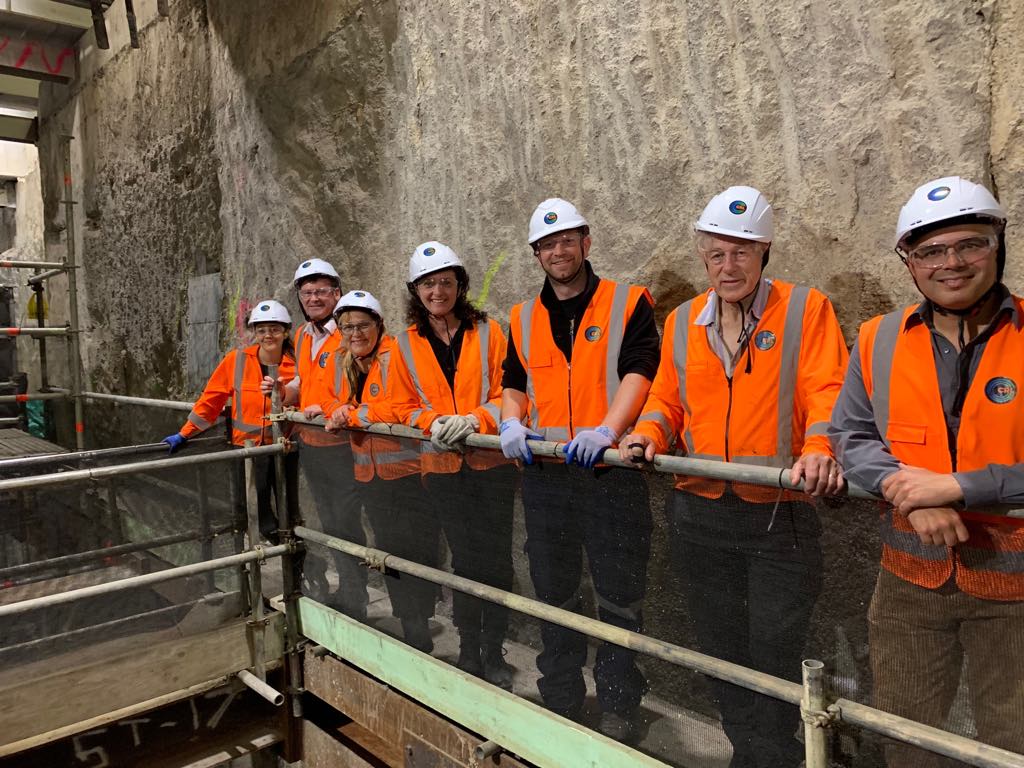 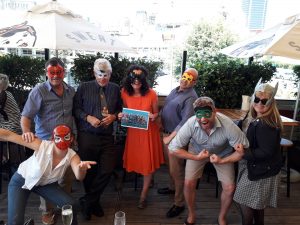 I’m really fortunate to have fantastic colleagues on the Waitematā Local Board supported by an outstanding team. After our final workshop of the year it has become a tradition to have lunch together and for board members to be presented with a surprise Christmas card. For the 2018 card we took on superpower characters that will no doubt take us into 2019 full of energy!

The following provides a summary of activities and highlights from the end of 2018 and over the summer break.  Local Board weekly workshops resumed on 5 February.

At the December Business Meeting the Local Board made the decision to progress with a new entrance way at Salisbury Reserve (Attachment 1). The Masonic Lodge, off Argyle St, was purchased from an Open Space budget by the former Auckland City Council to create an entranceway into the Reserve.

The Local Board consulted on two options – with and without parking. A healthy majority of submitters (68 per cent) supported the entranceway option with no car parks. We delayed our final (unanimous) decision to undertake a survey of the on-street parking availability on busy days at the clubrooms. It shows there is ample parking within a 200m walk of the clubroom (on the Argyle St end rather than Salisbury St). The on-street parking is the same distance to the clubroom entrance as the location of car parking in the Reserve proposed in one of the options.
The reserve is a neighbourhood park. It provides valuable green space. It is very unusual to have parking in a neighbourhood park and is not consistent with Council’s policies. Submitters put forward a range of reasons for creating an entranceway without parking including that it is safer for children and all users of the park.

The Local Board is supportive of the Herne Bay Petanque Club and Probus who use the clubrooms for meetings. Members currently make informal use of the old Masonic lodge carpark (there is no official parking in the reserve).  We appreciate that they would like this arrangement to continue. We have asked Auckland Transport to install on-street mobility car parks. We are also looking at how to improve accessibility into clubrooms. 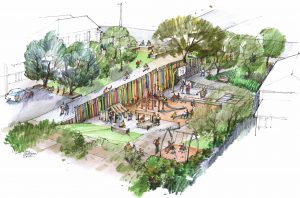 As I reported in the February Ponsonby News, the Council’s annual budget consultation is coming up from 17 February.  This is the opportunity to give feedback on whether we have got our local board priorities right.  We’re not proposing major changes to the existing work programme for 2019/2020 as we continue to deliver the projects identified in the 2017 Waitematā Local Board Plan.

Developing 254 Ponsonby Road as a civic space remains our major local initiative.  Activating, improving and renewing our parks, guided by our Park Development Plans, will continue to be a focus.  There is budget earmarked to upgrade the playgrounds at Western Springs Lakeside Park and Home Street Reserve (above the draft concept design), provide pathways in Basque Park and commence building of the Grey Lynn Park changing rooms.

Our stream restoration projects will continue, and we’ve got a new project underway to enhance the Western Springs-Meola-Three Kings Aquifer. Through our grants programme, we’ll support community and arts groups and local events, as well as stage our two flagship events, Parnell Festival of Roses and Myers Park Medley (a family friendly free event on Sunday 17 February). We’re funding a new arts partnership with TAPAC and increased library hours at Grey Lynn Library and the Central City Library.

We’ll also continue investigating opportunities to reduce agrichemical use, including advocating to the Governing Body to take a regional approach to agrichemical-free park maintenance.

For information on the Annual Budget 19/20 consultation and engagement events visit the Auckland Council website.

Air Quality in the City Centre

Pedestrians and workers in Queen Street are being exposed to high levels of “black carbon” associated with a number of health problems. The key way of reducing air pollution in the city centre is to reduce emissions from buses and trucks. Councillors Chris Darby, Penny Hulse, Alf Filipaina, Richard Hills and I, on behalf of the Local Board, wrote to AT’s CEO on 17 December asking for “immediate action to alleviate the risk of more premature deaths, contributed to by atrocious air quality on our busiest street” (Attachment 3 to my report).

On 12 December a new interpretation signage at Te Hā o Hine Place was unveiled by Ngāti Whātua Orākei, alongside our board and National Council of Women representatives (photo right).

Te Hā o Hine is derived from the whakatauki (proverb) Me aro koe ki te Hā o Hine-ahu-one, that can be taken as meaning ‘pay heed to the dignity of women’.

The name was a gift from Ngāti Whātua Orākei in recognition of the Woman’s Suffrage Centenary Memorial located in Te Hā o Hine Place. 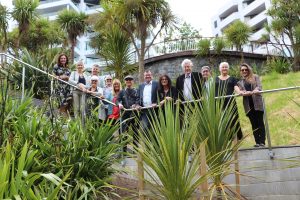 On 12 December the Local Board members joined with local residents to celebrate the new stairs that connect Hopetoun Street with Western Park.

The stairs have new handrails to improve accessibility and the viewing platform on Hopetoun Street has been re-decked.

Feedback on the upgrade has been overwhelmingly positive. 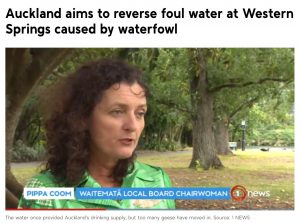 Western Springs Lakeside Park featured on TVNZ One News on 21 January about plans the Local Board has to improve water quality and the work underway to keep paths clear of bird poo and the geese numbers under control (attachment 4).

At the same time the removal of pine trees at risk of failure was in the news.  I will report with an update on Westerns Springs Bush Restoration project next month once we know the outcome of the resource consent process and discussions with neighbours.

Feedback on the draft RPTP

I worked on the Local Board’s feedback on the draft Regional Public Transport Plan (RPTP) with the Local Board’s Senior Adviser.  This was submitted on 18 January following consideration of the public’s feedback in response to a consultation process held by Auckland Transport at the end of 2018. (attached as an agenda item)

The Local Board supports the overall direction of the draft RPTP, the vision for public transport and how Auckland Transport proposes to meet the identified challenges for the next 10 years. We are generally supportive of the steps to increase public transport services but would like to see a clear statement of intent to increase mode-share of public transport.

In the feedback we outlined what the Local Board supports to consolidate and build on the rapid increase in public transport boardings from 79 million in June 2015 to 92 million in June 2018.  We also outline what improvements we would like to see to public transport services (including the reinstatement of a service on Williamson Ave) and infrastructure and specific feedback on the four focus areas in the draft.

At the end of last year the entranceway to Kelmarna Organic Community Gardens and City Farm was given a makeover helped with a modest grant from the Local Board (Our Auckland: Kelmarna Gardens)

As described by Kelmarna (via their FB page) “The installation of the curved seat (designed by Carl Pickens Landscape Architect), new bike parking and wheel stops, shaping and edging of the gardens, smoothing of the drive and creation of a circle for our leafcutter bee box has been made possible by the generosity, sweat and toil of Norm and team at Landscape Solutions, Omid and team at Ventia, the Waitematā Local Board and Auckland Council, all in the last weeks before Christmas. Once planted with pollinator-attracting plants by our friend Andrea Reid from Pollinator Paths, visitors will be able to come, rest and absorb the sensory garden full of bees and butterflies”.

Events and functions:  12 December until 12 February 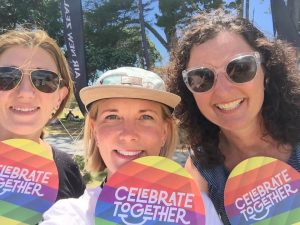