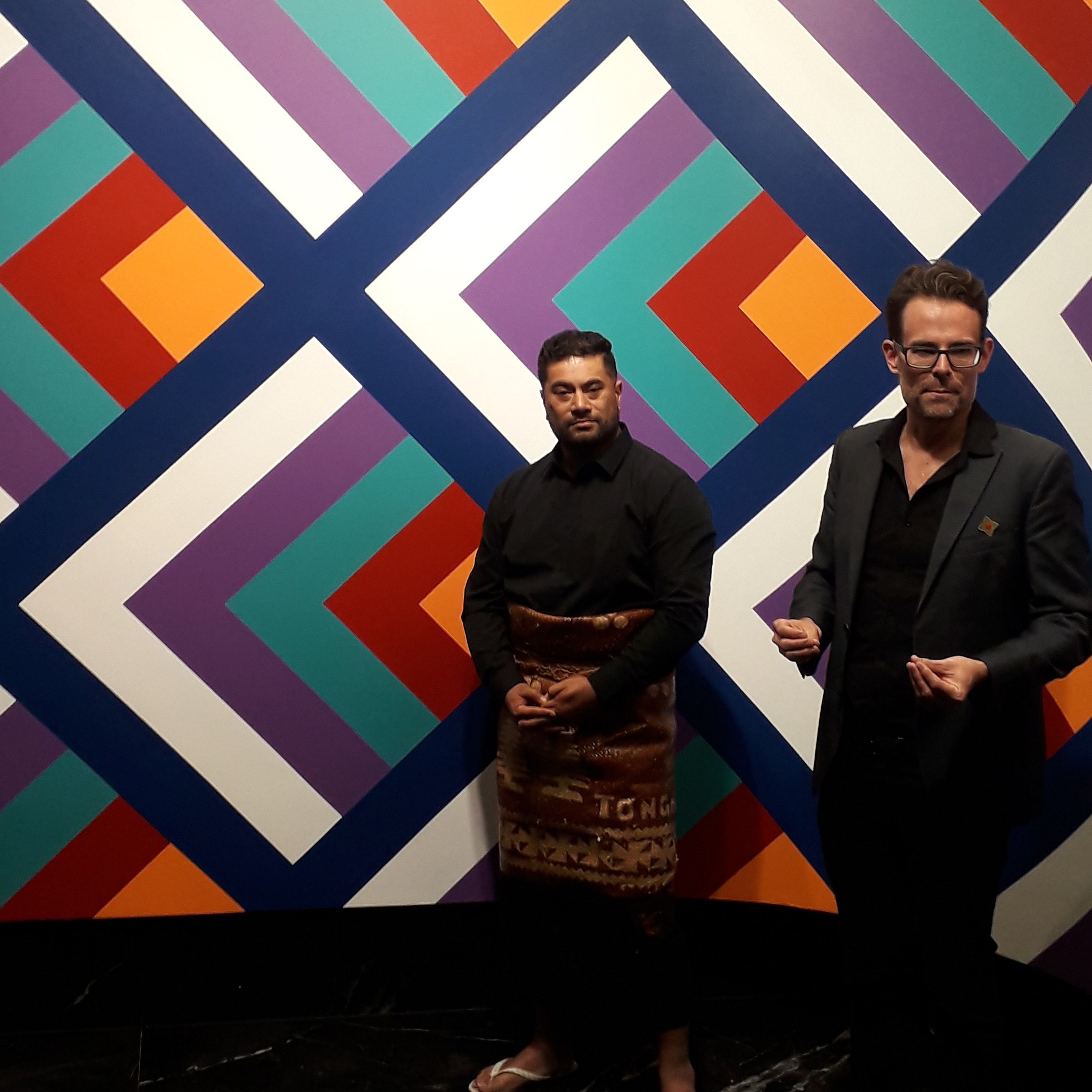 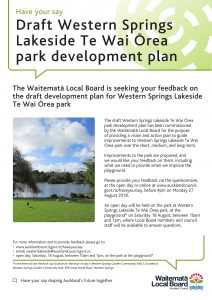 Western Springs Development Plan consultation
A draft park development plan for Western Springs Te Wai Ōrea Lakeside Park has been released for public feedback.
The vision outlined in the draft plan for the park includes improved water quality in the lake and streams, connecting the surrounding areas via paths, and improvements to event infrastructure. The focus of the plan is on improving the existing state of a well-loved park without making major changes.
Consultation is open until 27 August.

12 Argyle Street, Herne Bay was purchased by the former Auckland City Council to improve the entrance to Salisbury Reserve. There are two draft options out for consultation. In both options the pathways into the reserve are improved with additional lawn and trees. The main difference between the options is whether or not to provide car parking on the reserve. We want to ensure the community can consider the best use of valuable green space. The old Masonic Hall on the site will be removed with as much of the building material recycled as possible. For a number of reasons (outlined in a post here) it wasn’t possible to retain the hall, but we have committed to improving the clubrooms that are in the reserve and making them more user friendly (the clubrooms are leased to the Herne Bay Petanque Club, but available to hire). There is $25,000 in the budget for the coming financial year to refurbish the bathrooms on top of other renewal work that has recently taken place.
Consultation on the two options has been extended until 30 August. 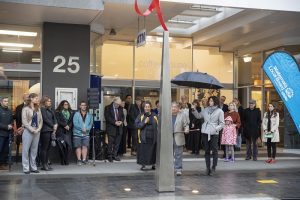 On 18 July we celebrated the Teed Street upgrade with the Newmarket Business Association and local retailers. It was an opportunity to acknowledge everyone who had worked on the project and to bless the new art work commissioned for the upgrade by Ray Haydon. Our Auckland story and more photos here.

Light Weight O by artist Catherine Griffiths which is hanging between 1925 heritage buildings the Royal Exchange and Administrator House was opened on 1 August. Member Richard Northey gave a speech on behalf of the Local Board.
The work was commissioned as part of the O’Connell St laneway upgrade and was funded through the regional public art budget and city centre targeted rate.

I attended the annual LGNZ Conference in Christchurch 15 – 17 July as a National Councilmember and local board representative. For the conference I facilitated one of the workshops on Climate Change. I was also one of Auckland Council’s four delegates to the AGM held on 15 July. My conference report back will be tabled at the business meeting on 21 August.

A number of parks within the Waitematā Local Board area are going agri-chemical free. The first parks to benefit will be Albert, Western and Myers, with the non-sports sections of Victoria Park also included.

More than $70,000 has been allocated to the initiative, which comes in response to public feedback during the Local Board Plan and Local Board Long-term Plan consultation processes. Our Auckland story with more details here

Parking updates
Thanks to the efforts of the Parnell Business Association and Parnell Community Committee Auckland Transport has agreed to fast track the implementation of the proposed changes. There are still a number of issues to resolve regarding how the current scheme is working for local residents.
In Grey Lynn Auckland Transport is planning on installing signage for the Residential parking zone by December with go live in February or March. However, concerns have been raised with me regarding AT’s proposal to introduce a time restricted parking zone that was not previously been consulted on.

New network bus changes
On 8 July Auckland Transport launched a new bus network for Auckland’s central suburbs. Most services have changed, including bus routes, route numbers, timetables and some bus stops. In the Waitematā area the changes appear to be working smoothly with a few exceptions. I have received complaints regarding the removal of services from Williamson Ave (this is also subject to a local petition), removal of a service to Herne Bay from downtown and the fact the Westmere service stops just short of the shops. Auckland Transport has advised that there will be review of the New network operations after 6 months. 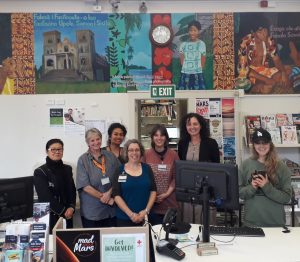