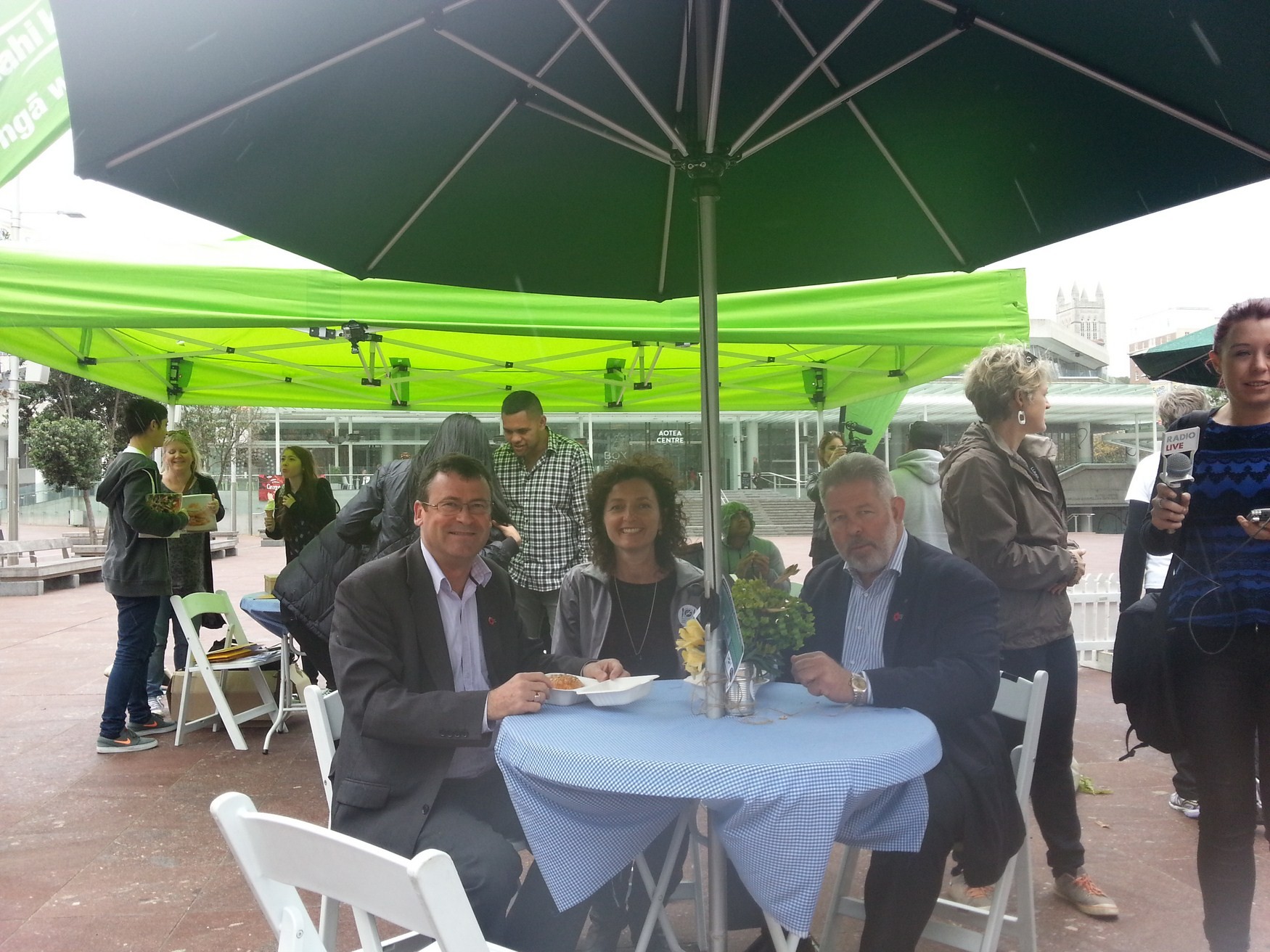 This report covers my Waitematā Local Board activities during October 2014 as Deputy Chair, lead for the Community and Transport portfolios, Chair of the Grants Committee, Deputy Chair of the Central Joint Funding Committee and with positions on the Ponsonby Business Association and Ponsonby Community Centre Committee. 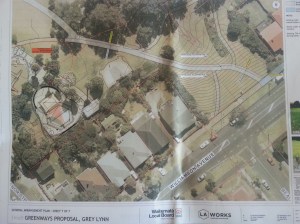 At our October meeting the Board approved a budget of $350,000 from the Auckland Transport capex budget, for the Waitematā Greenways Project (Route G1) in-park route. Consultation on the route design will take place alongside the draft Grey Lynn Park Development Plan.

In addition we have asked Auckland Transport to bring forward the budget to progress the on-road sections of  Route G1 to connect Coxs Bay and Grey Lynn Park with the North Western Cycleway  (the designs are with Auckland Transport ready for public consultation).

The much needed upgrade of Franklin Road has been in the too hard basket for many years due to the challenge and costs of accommodating historic trees, utilities, parking and transport requirement.  Fortunately the Board and Freemans Bay residents’ persistent advocacy has paid off and Auckland Transport is now planning a major upgrade to get underway in early 2016.

Auckland Transport is consulting on 2 possible options for the design of the road. While it is really positive to see the upgrade progress I have raised with Auckland Transport my concern about the lack of Local Board input at an early stage of the option development and the failure to recognise the Board objectives for the Franklin Road which were finalised following community consultation. The two options only go part way to achieving the improvements we would like to see for this iconic Auckland street: 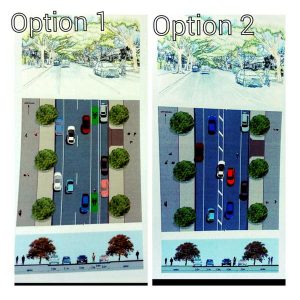 Auckland Transport to undertake the planned upgrade of Franklin Road including road resurfacing, undergrounding of services, footpath upgrade, pedestrian crossings, cycle path and on road parking and to provide for safe and continuous walking and cycling pathways from Ponsonby Road to Victoria Park including continuous pedestrian facilities (i.e. an unbroken footpath on both sides of the road) across all side streets, driveways and intersections (for example by installing raised tables).  Local Board Agreement 2104/2015

One of the Board’s Transport priorities is for Auckland Transport to implement a residential parking zone scheme to manage commuter parking in central Auckland suburbs (Local Board Agreement 2014/15 Transport Advocacy area). The extension of the successful St Mary’s Bay scheme to city areas suffering the biggest impact from on- street parking has been on hold while Auckland Transport consults on the parking discussion document.

The good news is that Auckland Transport has confirmed at our October catch up that parking occupancy surveys are going to start in Ponsonby and Freemans Bay in November with the aim of consulting on a proposed zone in March 2015.

A zonal approach to parking has the potential to benefit local residents and businesses and provide for short term parking for visitors.

Auckland Transport has consulted on safety improvements at the intersection of Avon Street and Gladstone Road in Parnell that involve the removal of angle parking outside the local shops. Following a site visit, consideration of the feedback on the proposal and a public forum presentation from the local building owner and Parnell Community Committee the Board passed the following resolution:

The Waitemata Local Board requests Auckland Transport take a holistic approach to improving cyclist and pedestrian amenity on Gladstone Road and consider traffic calming and mitigation measures that do not require the removal of angled parking at the Gladstone Road/Avon Street Intersection. 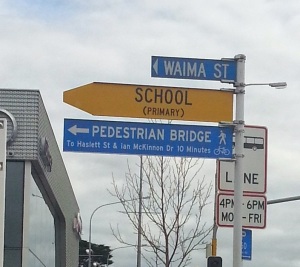 Wayfinding signage continues to be installed by Auckland Transport where a request is logged. It is surprising how few directional signs exist to guide pedestrians and cyclists around our city.

Although it was great to see this sign (photo right) appear on the corner of Waima Street/Great North Road I have followed up with Auckland Transport regarding the curious content on the sign with the following queries:

The original request was for a directional sign to the NW cycleway however the information on the sign covers everything except that. What is the reason? Has this design come out of AT’s wayfinding project? Is this now the template or just temporary? NZTA have used distance for their cycleway signage. Why has AT used travel time? Is the time intended for the walker or rider?  Is this now a standard approach?

At the Advisory Group meeting in October discussions continued on the prioritisation of cycling projects. Richard Leggart, Chair of the NZ Cycle Safety Panel discussed the recommendations in the panel’s Safer Journeys for People who Cycle report which was open for feedback until 24 October.

We also heard from Auckland Transport about improvements to the existing network and the development of a customer charter.

I emphasised at the meeting the need for early Local Board input into Auckland Transport’s work programme to best leverage the maintenance budget to address deficiencies on the network. 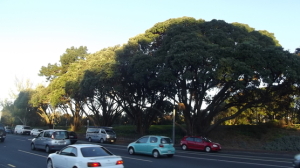 Fight to save 6 mature pohutukawa trees on Great North Road

Preparations have been underway during October for the hearing taking place on 5 and 6 November regarding the Board’s objection to Auckland Transport’s Notice of Requirement to remove 6 mature Pohutukawa trees on Great North Road. The removal is sought by AT for road widening to provide for two lanes turning from Great North Road on to a new St Lukes bridge.

The Board’s objection is based on our view that there are alternatives available to Auckland Transport that could retain the trees but achieve the same transport outcomes. All the experts agree that removing the trees will result in a significant adverse effect to the environment. As one submitter put it “the trees provide a buffer of civility amid 19 lanes of tarmac”.

A monthly update with Auckland Transport took place on 29 October.  Current issues are reported back monthly by Auckland Transport on our public agenda including the details of the consultation undertaken with the Transport portfolio on behalf of the Board.

For a second year the Waitemata Local Board is aiming to make the Parnell Festival of Roses accessible for all. With the support of the community portfolio, member Christopher Dempsey has been working with Paul Brown, Strategic Advisor Disability to confirm the initiatives to be funded from an accessibility budget of $2000.

At the Festival on 15 and 16 November there will be an audio described walk and rose-potting workshop for blind and vision impaired visitors taking place from 11:45 -1.15pm and Rudd (the Bugman) Kleinpaste’s talk 1:30-2.00pm will be audio described.  Rudd’s talks on both the Saturday and Sunday are being signed in New Zealand Sign Language. Accessibility Information has also been circulated.

We received an update from Kelly Maung on the work she is doing to progress a multi- sector strategic action plan to deal with Family, Whanau and Sexual Violence.  Commitment to this initiative by Council has developed out of the Auckland Plan goal to be the world’s most liveable city and involves partnering with central government.

Kelly has challenged the Board to proactively contribute to White Ribbon day next year. Member Deborah Yates is progressing this with our male colleagues. 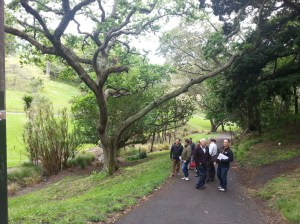 I joined the Parks team and iwi representatives on site visits to Western Park and Grey Lynn Park.

The visits identified exciting opportunities to promote cultural values and the unique historic features of the parks.  There is particularly strong support for day-lighting Tunamau – the stream that is currently piped through Western Park.

Work to activate Pioneer Womens Hall as a community hub prior to major refurbishment taking place next year continues.  We recently confirmed a modest budget to support the Jedi Knights Chess Club initiative led by a previously homeless man who has become a regular contributor to the Pioneer Womens Hall working group. 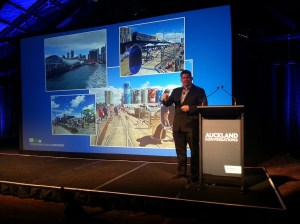 The former chief planner for Vancouver returned to Auckland at the invitation of Waterfront Auckland to continue his city-shaping advice with a talk on how rethinking our waterfront can transform our city.

Key points I took away from the presentation at Shed 10: 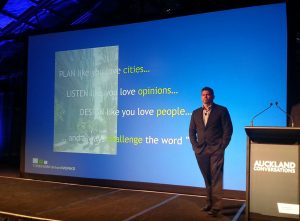 In the period 1 October – 31 October I attended: 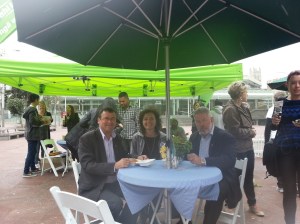