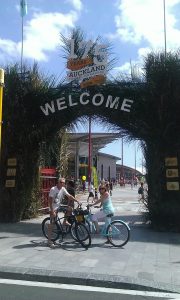 Opening up the city centre to people

Despite the transport messaging that the Central City was “closed” the streets of Lower Queen St and Quay St were very much full and open to people over Auckland anniversary weekend.

I enjoyed the impressive 3 days of events for Auckland 175th birthday that included the Waitematā Local Board supported International Buskers Festival and the Story of Auckland in Shed 10 (I attended the launch of both). It was great see so many people enjoying the waterfront and finding time to give feedback about improving the city centre.

I have provided regular updates on the Board’s opposition to Auckland Transport’s proposal to remove 6 mature Pohutukawa trees on Great North Road. The latest update is attached (ATTACHMENT A) following on from the Commissioners decision on 17 December to recommend removal.

I am really delighted to have been appointed to the Urban Cycling Investment Panel by the Transport Minister on the recommendation of LGNZ.  The launch of the urban cycling programme was held on 30 January 2015 on the old Nelson St motorway off- ramp (ATTACHMENT B). I attended the first meeting of the panel in Wellington on 8 December. 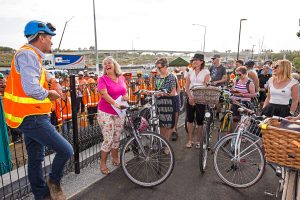 2015 is going to be the year to celebrate new cycling infrastructure in Auckland starting on 20 January when I joined the Albert- Eden community, Cycle Action, David Shearer MP and NZTA to celebrate the opening of the new causeway bridge on the NW cycleway.

The much anticipated and beautifully constructed Westhaven Promenade opened at the end of January. It is perfect for cycling with children in a safe, attractive environment but still needs to be connected to all the way to Silo Park. Auckland Transport announced on 30 January that 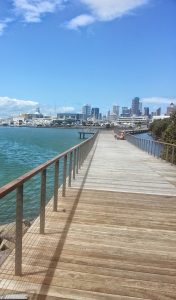 construction of the final leg of the shared path on Westhaven Drive continuing along Beaumont Street is starting in February with a completion date in March (the shared path is intended as an interim measure).

In response to the many unjustified and ill-informed attacks over the summer on the NZ Police in response to speed limit enforcement I decided to write up my personal experience that influences my personal support for the safer systems approach to road safety (ATTACHMENT D). On the positive side I think there is a growing demand for slower speeds especially on residential streets and in the city centre.

I attended the Kelmarna Community Gardens Trust public meeting on 29 January that gathered people together to reflect on their connections to the garden and to help plan the future now that Framework has withdrawn as a tenant.

It was an incredibly positive, well attended meeting demonstrating a huge amount of support for the gardens to continue as an organic farm with a place for everyone.  The Trust, with the assistance from Council officers, is considering options for managing the gardens going forward. 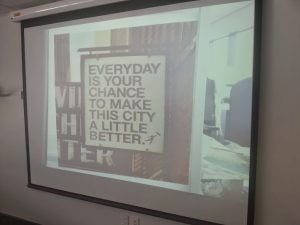 The January Inner City Network meeting was hosted by Waterfront Auckland. Frith Walker gave an excellent presentation on placemaking that inspired the many people who attended to consider what it is possible to achieve in Auckland with clear vision and creativity. 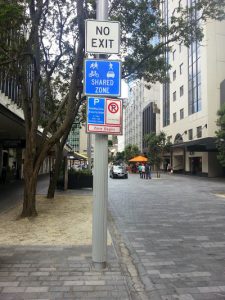 Albert- Eden area). The Board has not yet been asked to give formal feedback on the design.  In the meantime I continue to push for way finding signage for pedestrians and cyclists on streets that are only NO EXIT for vehicles (such as on Fort St).

I was impressed to see the new way finding signs that have gone up in Myers Park. They are clear and well-designed providing a best practice template for future way finding designs.

At the Board’s December meeting we passed the following resolution in an attempt to progress Auckland Transport’s draft guidelines to encourage responsible plantings on grass verges. In the meantime “happy berms” have appeared over the summer.

Some of the events I attended during December and January 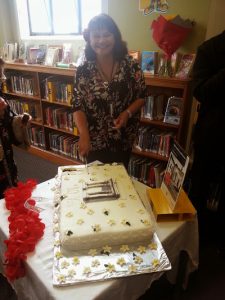 The centenaries of Parnell Pool and the Tepid Baths were celebrated in December and the Grey Lynn Library’s 90th birthday.

Mayoral Reception on the occasion of the Battle of the River Plate 75th anniversary commemoration with the remaining 5 survivors.

Auckland put on a beautiful morning for the Ironman 70.3 on the waterfront. I attended the welcome function on 16 January.

It was sad to farewell Chris Davidson at the end of January as the CEO, Parnell Trust but he leaves the Trust in great shape.