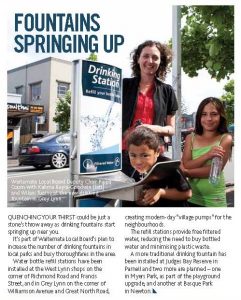 Periscope pops up in city centre, Our Auckland, 7 March 2017

Making plan accessible for all, Our Auckland, 24 January 2017

Elected reps complete the Big Sleep out, Our Auckland, 29 June 2012

Auckland one step closer to smoke-free, The Aucklander, 14 June 2012

Rules of engagement The Aucklander, 3 March 2011

Big names gunning for sole seat at city’s heart The NZ Herald’s profile of the Waitemata and Gulf Ward and Local Boards, 7 September 2010

Fruit Trees get go ahead for parks – Aucklander, 1 June 2012

All hands to the pump – Aucklander, 25 August 2010, about plans to install a water bottle refill station

Cyclewear: Get into the right gear

Bikers to show their stylish side

A cultural shift towards cycling talking to Greg Wood on the Green Desk, bFM 15 February 2011

Sighs of relief as cyclists get what they want NZ Herald, 29 December 2010

The Power is with the Community

Candidates power up to win over voters 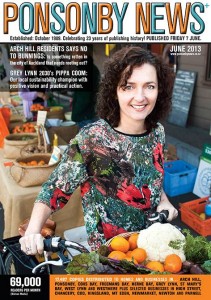