Congratulations to all the girls who won prizes and awards at the AGGS Senior Prizegiving today.

I was very proud to be there as an AGGS Old Girl and representative of the Waitemata Local Board to award the Western Bays Community Board School Textbook Grant of $400.

After a break of 25 years I’ve managed to sing the school song twice in one week! On 4 November I was guest speaker at the Old Girls’ annual dinner. 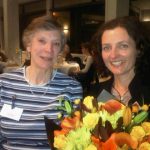 Madam President, members of the committee, Principal of AGGS Liz Thomson, Past Principal, Charmaine Pountney, Dawn Jones, Chair Old Girls’ Trust, Dame Dorothy, absent friends and of course Old Girls’ I’d like to acknowledge you all this evening. I also acknowledge my partner’s grandmother Freda Kirkwood (nee Barnes) who at 102 must be one of the oldest Old Girls and unfortunately couldn’t make it this evening but I am delighted that her daughter and Old Girl Anne Shortland (nee Kirkwood) is here. 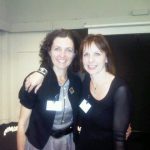 I feel incredibly honoured to be your guest speaker, especially when I think of the many AGGS Old Girls who have achieved so much and have so many interesting stories to tell. Thank you for the invitation.

I have been billed as “Pippa Coom, Corporate Lawyer, Environmentalist and AGGS Old Girl”. I can only really claim to be one of those things at the moment. I wear a number of hats and as of last night I became the deputy chairperson of the Waitemata Local Board. It is an exciting time to have entered local politics with a new structure of governance that if we can make work will provide for real decision making at a local level. The Local Board will be like a mini – Council providing a strong local voice within the Auckland Council with wide ranging responsibilities.

The Waitemata Ward is at the centre of the new city of Auckland. It is a vibrant, historic area, which I found out last night (from the speech given by the new Chair of the Waitemata Local Board) represented the whole area of Auckland City up until WW1.

I live in Grey Lynn and most days will pass by AGGS when I’m out and about – I’m pretty much guaranteed to be travelling by bicycle.

Seeing the school so often on my travels does mean that I frequently find myself reflecting on my time at AGGS and more recently thinking about how I can now serve my school as part of my community.

I came to Auckland Girls via Hemel Hempstead, Hertfordshire. Before we immigrated in 1982 my mum had decided that she would like to live in an older suburb like Ponsonby and bought a map of Auckland so we could see where our new home was located. I immediately spotted Auckland Girls’ Grammar School on the map and decided that was the school for me. I didn’t need to know anything about the school other than that there were going to be no boys! I couldn’t wait to leave behind the bullying boys from my local comprehensive in the UK.

Almost before we had recovered from jet lag we came to visit the school and my decision was sealed as I walked into the hall. I loved the grandeur and sense of history. My first lesson in what it means to be New Zealander was at my interview with Charmaine Pountney. She described the impressive multicultural make up of the school and explained there were about 48% Pacific Island and Maori students and 52% European girls. At the time I, as an English girl, who certainly wasn’t a European as they all came from the Continent, couldn’t understand how there could be so many cultured German and French “European” girls at the School!

I hope today you are hearing a Kiwi accent as from my first day in class my new friends taught be to talk proper Kiwi starting with my name – I really didn’t want to keep getting called Pepper, as I pronounced it.

I feel really fortunate that my formative education was in NZ and not limited by class and social demographics of the UK.  Even in the mid 80’s (which now seems like a really conservative and old fashioned time) we took it for granted that we could continue our education as far as we wished and that our career options were limitless. We were the generation of “Girls can do anything.” We also took it for granted that our careers would fit alongside married life and children. We never imaged that we would be having children in our 40’s let alone that it was even possible! I say “we” but for me I’m just still waiting for Anne’s son to agree to become my second husband!

I appreciate now that our ability to have real life choices and amazing opportunities were hard won by previous generations and that we were fortunate to be part of a school community that gave us a liberal education, that emphasised our independence, valued social justice and instilled in us a strong moral compass. For me I was also personally enriched by strong friendships and lasting networks that are continuing to bring new connections.

Auckland Girls encouraged me to get involved with my school and wider community and I’m sure first sowed the seed that in the future I would in some way serve my community. For me that included the Old Girls’ Association at a time preparations were underway for the School centenary in 1988 and in the formation of the first Auckland City Youth Council. There were opportunities to be engaged on serious issues like nuclear free NZ and the anti-apartheid movement.

(As  Liz Thomson reported  in her Principal’s address the motto of AGGS is now “Educated at AGGS Equipped for the World”. How true this is when I think of the many friends I had at school that benefited from exchange programmes like AFS and Rotary, or whose study and careers took on a strong global focus. I was encouraged to go on AFS to Peru for my last year of school. I am very grateful for that experience which had a huge influence on what I would study at University and my career choices)

I feel embarrassed to be described as an “environmentalist” as to me that is someone who has spent a life time actively fighting for environmental causes and saving whales.

I have to admit that it was only after being made redundant at the beginning of last year from my job as a Corporate Lawyer that I have found my sense of purpose in working towards a sustainable future. Since then I have been what could be called a  “Community Organiser” for Grey Lynn 2030, the Grey Lynn Farmers Market, Cycle Action Auckland and on climate action events.

I’m impressed that many of the passionate, articulate activists that I meet as part of my new career are AGGS old girls like Rachel Dobric, part of the NZ Youth Delegation going to the UN Climate Change talks in Mexico, who is here this evening.

It was reported in the NZ Herald today that I arrived at the first meeting of the Waitemata Local Board on my bicycle. It may not surprise you to know that I used to cycle to school along Ponsonby Road. My dad fixed a clip to my Healing 10 speed so I could attach my skirt to stop it blowing around. I think I had stopped cycling by the 5th form when it was far too uncool and I didn’t really get on a bike again until I returned to Auckland 5 years ago after an almost 20 year absence.

I don’t think I have ever seen an AGGS girl on a bicycle (I must admit I was the only one in the early 80’s). But I am hoping that will change – Frocks on Bikes, a group I co-coordinate in Auckland is working to show women that it is possible to look stylish on a bike so maybe girls will start thinking cycling to school is in fact cool!

I’m excited that our new Mayor Len Brown has a vision to make Auckland the most liveable city in the world. For me a big part of achieving that goal is for local schools to be the number one choice of parents in the area and that every student  is able to walk and cycle to school.

I really look forward to working with the school community again and building on the strong history of the school. I’ve been away from the fold for far too long.

I also make a commitment to the sustainable future of the Old Girls’ Association and finding ways in which Old Girls who don’t yet feel “old” can still make a significant contribution to the school community.

(And I can start right here with a call out to past students to become a member of the AGGS Old Girls Association. Details here)