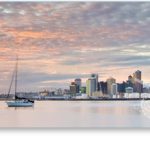 The Auckland Plan will be the most important document to set out the development of Auckland over the next 30 years.  I feel really excited and hopeful about what is in the draft to make Auckland the most liveable city in the world. At the same time it concerns me that the consultation period has been too short and happening while we have all been distracted by the Rugby World Cup. .

Luckily many clever people have focused on the draft plan to come up with a range of thoughtful comments that have assisted me to pull together a quick personal submission.  I’ve followed the questions from the online feedback form just to make it easier to respond.

I’ve drawn particular inspiration from Auckland Transport Blog, EDS, Grey Lynn 2030, Mount Eden Village People, Pt Chev TT and Cycle Action submissions. Thank you for your work and caring so much about the future of Auckland.

I agree with the five transformational shifts required to make Auckland the most liveable city in the world. In particular I strongly support:

Q2 The Auckland Plan contains a high-level development strategy to deliver a compact quality Auckland. Do you agree or disagree with this approach and why?

Q3 Two big initiatives have been identified to effect Auckland’s transformation on the world stage – City Centre and Southern Initiative. Do you agree or disagree with these two big initiatives?

I agree with these initiatives

Q4 Do you agree or disagree with the priorities that have been identified for Auckland’s economic development and why?

I agree with the priorities and in particular support the transition to a green economy in Auckland. I would like to see more details about what it will mean in practice to create a sustainable eco-economy and how this will be intergrated into all aspects of the EDS.

Q5 Are there any other economic priorities that the council should focus on?

I support  the EDS vision for Auckland to be the most livable city in the world with an internationally competitive and prosperous economy for all Aucklanders. I submit that achieving Fair Trade certification should be included in the EDS as a key action. By becoming an internationally recognized Fair Trade city  Auckland will be in a stronger position to be an internationally connected, export driven and ‘creative world’ city. Achieving certification will promote business partnerships, enhance Auckland’s ethical reputation and create new commerce by helping to build diverse ethnic eco economy with our Pacific neighbours and the 1000 cities across the world, already with Fair Trade status.

Q6 Do you agree or disagree with the general direction of the draft City Centre Masterplan and why?

I strongly support the bold vision of the masterplan.

During the RWC we have seen how much people love a city that is welcoming, accessible, walkable and vibrant. I support all 8 transformational moves that realise the huge potential of the city centre that has suffered from poor development and lack of vision in the past.

Q7 Will the actions in the masterplan make Auckland city centre a place you would feel proud of and why?

I will feel really proud of Auckland if we can make it a priority to action quick wins that will really transform the city centre, in particular:

Q8 Do you agree or disagree with the general direction of the draft Waterfront Plan and why?

I strongly agree with the vision for the Waterfront and commend the large number of projects that will further transform Auckland’s waterfront. In particular I support actions to provide public access and connections.

Q9 Will the ideas and actions in the plan make Auckland’s waterfront a place you would feel proud of and why?

I think priority should be given to:

I would like to see future development at Wynyard Quarter include a committment to affordable and key worker housing.

Q10 Comments on other parts of the above plans

I strongly  oppose the inclusion of the Puhoi – Wellsford motorway in the Auckland Plan. There are very limited benefits for Auckland from its construction. Safety improvements to the existing route are much more feasible and would cost substantially less than $1.4 billion.

The prioritisation of so many roading projects undermines targets in the Auckland Plan relating to other matters, such as reducing CO2 emissions and limiting urban sprawl.

I would like to see actions to reduce CO2 emissions integrated into all aspects of all four plans.

Overall I congratulate Auckland Council officers for producing such a well-written document, grounded in a strong vision as expressed by the Mayor. I am impressed that the plan seeks to confront the many challenges facing Auckland and supports a transition to a more sustainable, resilient and vibrant city.

I am making this submission in my private capacity.